I began to study the book of Revelation, and a question came to mind while studying Revelation Part 4: Is Babylon, the great city, on the bank of the Euphrates, or is it Jerusalem, in view of what is written in Revelation 11:8 about Jerusalem? Thank you. 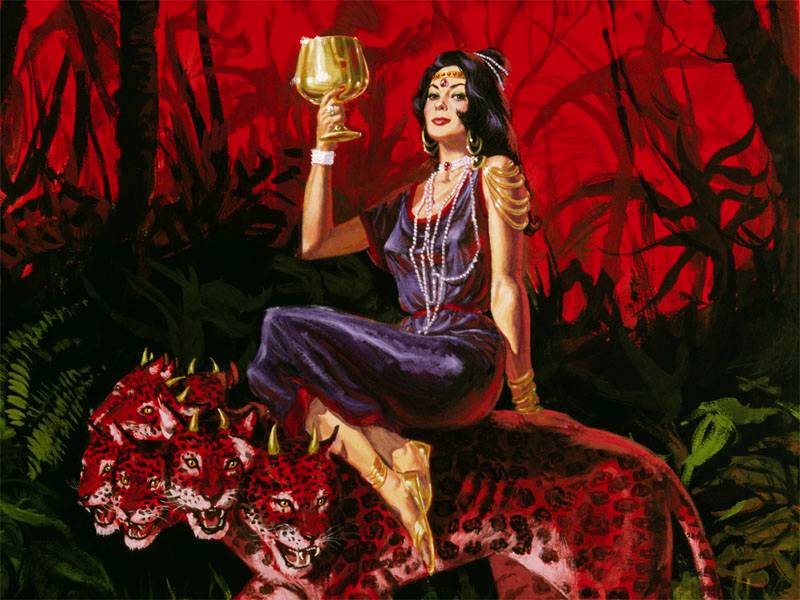 In Revelation 17:5 it is written that the name of Babylon is a mystery, which makes some believe that it is a city other than Babylon on the bank of the Euphrates River, whether Jerusalem or Rome or another city, at the end time it will become a center of global importance:

On her forehead a name was written, a mystery,“Babylon the great, the mother of harlots and of the abominations of the earth.”

On the other hand, the author of Revelation claims to have received this discovery by signs:

The term “communicated it” /δειξαι/ from Greek, can also be translated as “show by signs”. Besides, in Chapter 17, Babylon is presented as a woman sitting on a beast. Through this image, the angel transmitted a message, which can only be understood by interpreting it in the light of all the Scriptures and with the help of the Holy Spirit, of which the Lord Jesus said:

But when He, the Spirit of truth, comes, He will guide you into all the truth; for He will not speak on His own initiative, but whatever He hears, He will speak; and He will disclose to you what is to come. (John 16:13)

It is not excluded that Babylon from Revelation is another city than Babylon from ancient Mesopotamia or Iraq today. However, it cannot be Jerusalem, even though in the text of Revelation 11:8 this city is called “Sodom” and “Egypt” in the spiritual sense:

And their dead bodies will lie in the street of the great city which spiritually is called Sodom and Egypt, where also their Lord was crucified. (Revelation 11:8).

I will bring only two arguments that prove that Babylon of Revelation, chapters 17 and 18 is not Jerusalem.

I. Jerusalem will last forever, but Babylon of Revelation will be destroyed forever

The Book of Revelation tells us that Babylon, whose name is a mystery, will be utterly destroyed and forever after the seventh bowl, that is, at the end of the seventieth week of the prophet Daniel:

Then the seventh angel poured out his bowl upon the air, and a loud voice came out of the temple from the throne, saying, “It is done.” And there were flashes of lightning and sounds and peals of thunder; and there was a great earthquake, such as there had not been since man came to be upon the earth, so great an earthquake was it, and so mighty. The great city was split into three parts, and the cities of the nations fell. Babylon the great was remembered before God, to give her the cup of the wine of His fierce wrath. (Revelation 16:17-19)

And here is how its end comes about:

The Book of Revelation tells us very little about the earthly Jerusalem (Heavenly Jerusalem being the Church, according to Revelation 21:9-10). However, in the Old Testament there are lots prophecies that show that Jerusalem will last forever, even if it will bear the consequences of its iniquity for a time. Here are some texts that confirm this fact:

Then the second coming of the Lord Jesus is described:

The sun and moon grow dark and the stars lose their brightness. The Lord roars from Zion and utters His voice from Jerusalem, and the heavens and the earth tremble. But the Lord is a refuge for His people and a stronghold to the sons of Israel. Then you will know that I am the Lord your God, dwelling in Zion,My holy mountain. So Jerusalem will be holy, and strangers will pass through it no more. And in that day the mountains will drip with sweet wine, and the hills will flow with milk, and all the brooks of Judah will flow with water; And a spring will go out from the house of the Lord to water the valley of Shittim. Egypt will become a waste, and Edom will become a desolate wilderness, because of the violence done to the sons of Judah, in whose land they have shed innocent blood. But Judah will be inhabited forever and Jerusalem for all generations. And I will avenge their blood which I have not avenged, for the Lord dwells in Zion. (Joel 3:15-21)

“In that day,” declares the Lord, “I will assemble the lame and gather the outcasts, even those whom I have afflicted. “I will make the lame a remnant and the outcasts a strong nation, and the Lord will reign over them in Mount Zion from now on and forever. “As for you, tower of the flock, Hill of the daughter of Zion, to you it will come—Even the former dominion will come, the kingdom of the daughter of Jerusalem. “Now, why do you cry out loudly? Is there no king among you, or has your counselor perished, that agony has gripped you like a woman in childbirth? “Writhe and labor to give birth, daughter of Zion, like a woman in childbirth; For now you will go out of the city, dwell in the field, and go to Babylon. There you will be rescued; There the Lord will redeem you from the hand of your enemies. “And now many nations have been assembled against you who say, ‘Let her be polluted, and let our eyes gloat over Zion.’ “But they do not know the thoughts of the Lord, and they do not understand His purpose; For He has gathered them like sheaves to the threshing floor. “Arise and thresh, daughter of Zion, for your horn I will make iron and your hoofs I will make bronze, that you may pulverize many peoples, that you may devote to the Lord their unjust gain and their wealth to the Lord of all the earth. (Micah 4:6-13)

In chapters 17 and 18, Babylon is presented as an administrative, economic, religious and cultural worldwide center. According to Revelation 14:8, this city or fortress loses its worldwide leadership position in the middle of the seventieth week, and at the end of the week it is utterly destroyed forever:

And another angel, a second one, followed, saying, “Fallen, fallen is Babylon the great, she who has made all the nations drink of the wine of the wrath of her immorality.” (Revelation 14:8)

While Jerusalem, in the middle of the week with the setting up of the Beast or Antichrist in the Temple of Jerusalem, becomes a worldwide center. In other words, the fall of Babylon as position will be conditioned by the passage of the worldwide power to Jerusalem. On the other hand, we understand that the position of Babylon in Revelation is related to the rule of the Beast or the Antichrist, which we know must ascend into the Roman Empire and must be of Roman origin.

So, Babylon of Revelation chapters 17 and 18 is not the Jerusalem city of Israel.