It is well known that today young people date and make friends with the opposite sex before marriage. I know a person whom I like much. I would like to go on a date with her but I do not know what the Bible says about such a relationship before marriage. 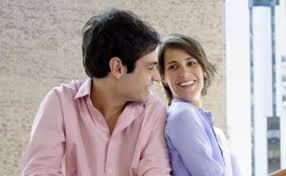 Young people and teenagers waste a lot of time, thoughts and energy to deal with the pressures and situations of so called dating. Often young people accept to date because they want to be like their friends who have already tried what dating is, but they are not aware of the implications of a dating. However, there is a real danger for young people to dedicate much of their time and efforts to the “dating game”, and  few of them are prepared for the stress and decisions involving a date. Teenagers seek love, safety and support while going on a date.

Dangers of a dating relationship

Many teenagers are exposed to dangers and disappointments by entering the “love game” blindfolded, being totally ignorant that dating involves a lot of decisions and dangers. They do not seek any advantages of a purposeful relationship. God’s Word tells us:

Do not be deceived: “Bad company corrupts good morals. (1 Corinthians 15:33)

When you are trapped in a dating relationship, sometimes you tend to forget your old friends, and they are friends that you’ll need later.When you date a person of the opposite sex you might forget other important relationships such as your relationships with your brothers, sisters and parents.Your spotlight will be the person you are dating, and others who want to help or advice you will be your enemies. You’ll think no one understands you or when your parents or the elderly give you some advice you will say: “it is unfashionable now, it is a different time.”

Most often young people start dating while having wrong motives, for example the desire to impress friends and show them that you’re better than they are. Another reason may be to make someone jealous. In this case you’re just using your friend for your personal gain. Here’s what God’s Word says about those who have wrong motives:

Do not lie in wait, O wicked man, against the dwelling of the righteous;
Do not destroy his resting place;The fear of the Lord is a fountain of life,
That one may avoid the snares of death. (Proverbs 24:15, 14:27)

If we stick to the Lord, we may distinguish the wrong motives of the wicked people.

Often love is used to gain power and prestige in the eyes of other people, and the partner is used as a tool. The danger of such a relationship will make the other one feel as caught in a trap. Such relationships are based on power control,  not love. In this way you harm and hurt the other one which in its turn, may cause a lifetime scar, because there were touched some strings of his life. I found a testimony that illustrates very well what I meant above.

When I went to work in a new city, I was a virgin and I was very sure of myself … In the first year of my freedom, I lost control over myself and it caused a wound to my heart that could not be healed for a long time and that I produced myself.The painful feeling that I have given many people the most expensive part of me, is alive in me till now. I didn’t think I’d pay so much and so long. (From the book: “Love, marriage and family”)

Often young people find themselves tied in a dating relationship without realizing it, and shortly after they feel used or as if in a trap. The trap makes young people get here.

Those who have a hidden agenda will use kind words to lure others and catch them in a trap. Here’s what Solomon says in Proverbs 2: 11-16:

For wisdom will enter your heart

And knowledge will be pleasant to your soul;

Outer beauty can often be deceitful and it is still very important, but not when the focus is more on the outside than on the inside.Yes, outer beauty is like a business card for every person, but the inner beauty, the character follows it . The wise Lemuel says:

Charm is deceitful and beauty is vain, But a woman who fears the Lord, she shall be praised. (Proverbs 31:30)

When the emphasis is on the outer beauty it is nothing but a hasty love. If anyone loves only for the outer beauty, it is wrong, because it wilts like a flower wilts, while the outside beauty remains. Do not deceive yourself and do not lust a woman for her outer beauty.

Loneliness is one of the things that disturbs most young people. Most dating relationships are initiated precisely from the reason of not being alone. None of us wants to be alone and yet God sometimes allows us to be alone because He wants to test us. Young people want to be appreciated, encouraged and noticed for what they are. Yes, it is better to be alone than to fall into the trap of “not alone” and be fooled and with heart pain that can not be equated with the feeling of loneliness.

Get involved with a right group of teenagers

Adolescence is one of the most critical periods in the lives of young people. The greatest battles are given in this period. Many young people start dating because they are expected to. However, the best way to know a person is not by dating, but by meeting in a group. It removes the sexual pressure that appears when dating. The advantages of meeting in a group are that you get to know the character and the values of the person you like. You’ll see exactly how she or he relates to others, how she acts in difficult situations, how she/he talks etc.

On the pages of the Scripture we have a particularly nice example of a young man who did not seek a wife and was not concerned about it, but wanted to have a beautiful relationship with God. In Genesis 24:63 it is written:

Isaac went out to meditate in the field toward evening; and he lifted up his eyes and looked, and behold, camels were coming.

Isaac had a habit to go out in the field every night to think, to spend time with God and reflect on his relationship with Him. Isaac was not concerned about looking for a wife more than about his relationship with God. We can not deny that Isaac wanted to have a wife and a happy marriage that God gave him later. Seek for getting involved in God’s work and God will take care of your future partner as He did for Isaac.

Then Isaac brought her into his mother Sarah’s tent, and he took Rebekah, and she became his wife, and he loved her; thus Isaac was comforted after his mother’s death. (Genesis 24:67)

Isaac had never seen or met Rebekah before and they did not date until marriage, but when he saw her he fell in love with her and loved her very much. Isaac did not seek a wife, but he wanted to please God, and God blessed him with a wife who brought comfort and made him happy.

How can a young man keep his way pure?
By keeping it according to Your word.
With all my heart I have sought You;
Do not let me wander from Your commandments.
Your word I have treasured in my heart, (Psalm 119:9-11)

I invite you to the Precept Ministries Moldova Festival where we will study the course “Marriage without regrets” that will help you understand the subject better.