Who is the “man” mentioned in Joshua 5:13-15, “Now it came about when Joshua was by Jericho, that he lifted up his eyes and looked, and behold, a man was standing opposite him with his sword drawn in his hand”? 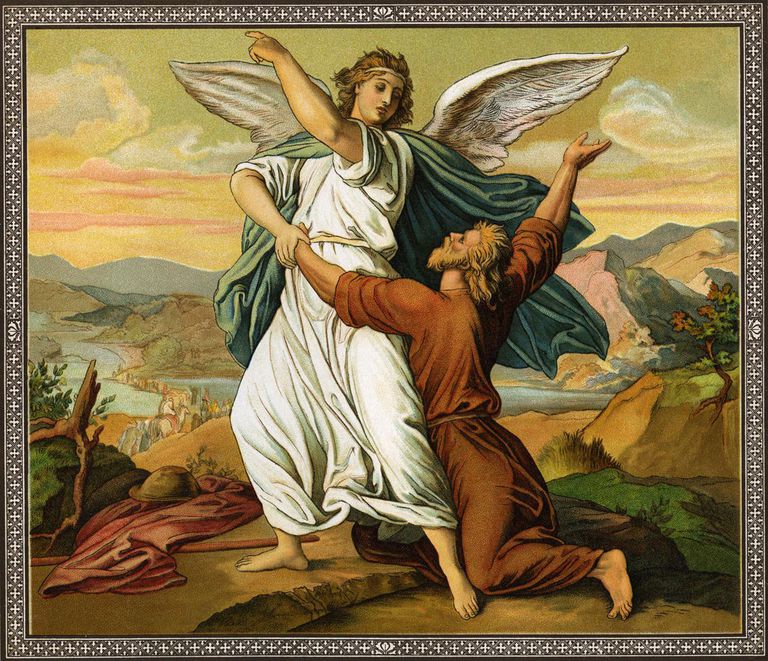 The Angel of God

On the eve of Israel’s attack on Jericho, as Joshua searched the area around the city and the city itself, he lifted his eyes and saw a man standing before him with his sword drawn in his hand.

Joshua went to him and said to him, “Are you for us or for our adversaries?” He said, “No; rather I indeed come now as captain of the host of the Lord.” And Joshua fell on his face to the earth, and bowed down, and said to him, “What has my lord to say to his servant?” The captain of the Lord’s host said to Joshua, “Remove your sandals from your feet, for the place where you are standing is holy.” And Joshua did so. (Joshua 5:13-15, NASB)

The man seen by Joshua is not an ordinary man. He is the captain of the Lord’s host, sent to give instructions and to help Joshua and the people in conquering Jericho. At the sight of this man, Joshua throws himself to the ground and worships him without realizing the presence of a supernatural being. According to the culture then, people worshiped the person with greater authority. Moreover, when Joshua addresses this being with the word “lord”, he uses the Hebrew word “adon” used for human beings, not YHWEH.

Who is this person who identifies himself with the Chief of the Lord’s Army? In the Old and New Testaments, we see God manifesting Himself in the different forms of the people of Israel. In the given text we have a theophany, a temporary manifestation of God in human form. Theophany is the divine manifestation of the presence of God in a visible way known to man. Therefore, God is revealed not only by Word and wonder, by prophecies and signs, but also by His presence in a form perceived by men. Thus, in the given passage, God reveals to Joshua in a visible, human way.

Behold, I am going to send an angel before you to guard you along the way and to bring you into the place which I have prepared. Be on your guard before him and obey his voice; do not be rebellious toward him, for he will not pardon your transgression, since My name is in him. But if you truly obey his voice and do all that I say, then I will be an enemy to your enemies and an adversary to your adversaries. For My angel will go before you and bring you in to the land of the Amorites, the Hittites, the Perizzites, the Canaanites, the Hivites and the Jebusites; and I will completely destroy them. (Exodus 23:20-23, NASB)

The angel of the Lord appears in human form

Then Jacob was left alone, and a man wrestled with him until daybreak. When he saw that he had not prevailed against him, he touched the socket of his thigh; so the socket of Jacob’s thigh was dislocated while he wrestled with him. Then he said, “Let me go, for the dawn is breaking.” But he said, “I will not let you go unless you bless me.” So he said to him, “What is your name?” And he said, “Jacob.” He said, “Your name shall no longer be Jacob, but Israel; for you have striven with God and with men and have prevailed.” Then Jacob asked him and said, “Please tell me your name.” But he said, “Why is it that you ask my name?” And he blessed him there. So Jacob named the place Peniel, for he said, “I have seen God face to face, yet my life has been preserved.” Now the sun rose upon him just as he crossed over Penuel, and he was limping on his thigh. Therefore, to this day the sons of Israel do not eat the sinew of the hip which is on the socket of the thigh, because he touched the socket of Jacob’s thigh in the sinew of the hip. (Genesis 32:24-32, NASB)

In many passages, the Angel of the Lord is used interchangeably with the name Yahweh in such a way that it does not create any doubt that it is the manifestation of God Himself. However, the angel and God are not clearly equated, because the angel often refers to God in the third person.