In this message I explain what theis phrase offrom 1 Corinthians 8:1 means: 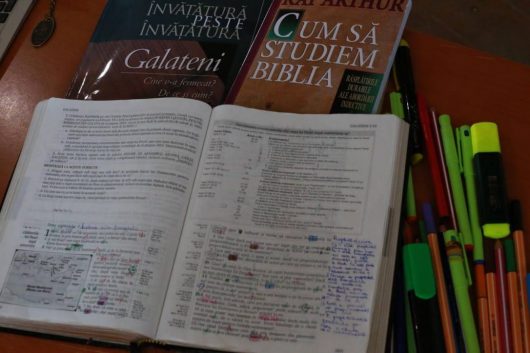 When, to whom and why did Paul say these words?

Now concerning things sacrificed to idols, we know that we all (refers to himself and the Christians of Corinth) have knowledge. Knowledge makes arrogant, but love edifies.

If anyone supposes that he knows anything, he has not yet known as he ought to know; but if anyone loves God, he is known by Him. Therefore concerning the eating of things sacrificed to idols, we know that there is no such thing as an idol in the world, and that there is no God but one. For even if there are so-called gods whether in heaven or on earth, as indeed there are many gods and many lords, yet for us there is but one God, the Father, from whom are all things and we exist for Him; and one Lord, Jesus Christ, by whom are all things, and we exist through Him. However not all men have this knowledge; (1 Corinthians 8:2-7a)(NASB)

So this knowledge refers to the knowledge that idols do not exist, they are nothing. Paul continues to explain:

But some, being accustomed to the idol until now, eat food as if it were sacrificed to an idol; and their conscience being weak is defiled.  But food will not commend us to God; we are neither the worse if we do not eat, nor the better if we do eat. But take care that this liberty of yours does not somehow become a stumbling block to the weak. For if someone sees you, who have knowledge, dining in an idol’s temple, will not his conscience, if he is weak, be strengthened to eat things sacrificed to idols? For through your knowledge he who is weak is ruined, the brother for whose sake Christ died. And so, by sinning against the brethren and wounding their conscience when it is weak, you sin against Christ. Therefore, if food causes my brother to stumble, I will never eat meat again, so that I will not cause my brother to stumble. (1 Corinthians 8:7b-13 )(NASB)

I want you to understand this difference well. They were Christians who had no knowledge of idols. They believed that the idols really existed. Perhaps they were Christians who accepted Christ in their heart not long ago, and they had less knowledge. Even today there are many people who have left the pagan religions when they repented, but are still afraid to throw away the idols or pagan images they had. They are afraid to do so because they do not have enough knowledge.

Another group of Christians knew that the idol was nothing, and the meat that was sacrificed to idols at the market does not matter, because the idol itself does not exist, but this knowledge was partial. They only knew about the idol, the fact that they could eat what was sacrificed to the idol and it was nothing, but they did not look at the whole picture, what effect it would have if they ate that meat. Some of them allowed themselves to enter the courtyard of the temples and eat that meat. Paul rebuked them for doing that, as they did not care about those who are not yet aware of it, and thus harmed their conscience.

This is the knowledge that makes the man arrogant. This is a partial knowledge and indifference to man. It makes you arrogant of those who do not have this knowledge. So when you are aware of a certain things, but partly, for example, the knowledge of idols, but do not think about the effect it can bring to other people, then it brings you to arrogance. If you have love for your neighbor, then you think not only of that thing, that meat you can eat and you know it will not do any harm to you, but you also think about the effect it can have on your neighbor.

A full, true knowledge of the Word of God will always take into account the effect that your deed has on man. Partial knowledge, which makes you arrogant, makes you not care about the effect it will have on your neighbor, but think only of yourself.

The same is illustrated in Romans 14.

In this chapter, the apostle Paul discusses matters of opinion:

So those who know that they can eat everything, and that food does not play a role in man’s spiritual condition, should not despise the brother who thinks that food has a role to play in this regard. He allows himself to eat anything before him and does not care that he hurts the other’s mind. Another way to do wrong is to judge the one who knows he has the freedom to eat anything.

Paul tells them how it is right to do this:

Therefore let us not judge one another anymore, but rather determine this—not to put an obstacle or a stumbling block in a brother’s way. (Romans 14:13)(NASB)

Paul, who has knowledge, gives himself an example in this regard:

I know and am convinced in the Lord Jesus that nothing is unclean in itself; but to him who thinks anything to be unclean, to him it is unclean. For if because of food your brother is hurt, you are no longer walking according to love. Do not destroy with your food him for whom Christ died.  Therefore do not let what is for you a good thing be spoken of as evil; for the kingdom of God is not eating and drinking, but righteousness and peace and joy in the Holy Spirit. For he who in this way serves Christ is acceptable to God and approved by men. (Romans 14:14-18)(NASB)

Make the difference now among several categories of people here. There are those who are not aware of all things and do not know how to proceed. They live within limits imposed by their consciousness, which still does not know many things. Others know partially and do not respect these limits, but neither do they respect people, they do not care about them. There are other men who are spiritually mature, who have a whole knowledge, but they do not care only about the way they proceed, the freedom they have in Christ. They always think also about the effect this freedom has on others.

Apostle Paul’s Prayer for the Philippians

Pay attention to the way Paul prays for the Philippians:

“And this I pray, that your love may abound still more and more in real knowledge and all discernment, so that you may approve the things that are excellent, in order to be sincere and blameless until the day of Christ; having been filled with the fruit of righteousness which comes through Jesus Christ, to the glory and praise of God.” (Philippians 1:9-11) (NASB)

Paul prays that their love for one another will grow in knowledge and discernment so that they can discern excellent things. In order to know how to proceed in different situations, you need love, knowledge, and spiritual discernment. If you do not have these things, you will proceed as the one who has only enough knowledge to disregard others or to become arrogant.

The Bible speaks much about the importance of studying the Scriptures

The Bible speaks very much on this subject. We will not go through all the texts, but we will mention a few. Just think of how the first Christians were studying the Scriptures as it is described in the Acts of the Apostles. They continued every day in the teaching of the apostles.

The Lord Jesus says that His true disciples are those who remain in His Word and who seek Him:

So Jesus was saying to those Jews who had believed Him, “If you continue in My word, then you are truly disciples of Mine; (John 8:31)(NASB)

Truth makes us free when we know it, frees us from contempt for our brother, partial knowledge, superstitions, or limits that we impose on ourselves without meaning, and make difficult our life and others`. When we know the Word of God, we are true disciples, and we are free from sin, free from all wrong attitudes.

Study the Holy Scriptures. Try to get into the essence of the Holy Scriptures, so that you do not remain at that knowledge that makes you arrogant. Be careful not to tell others to study less, because “knowledge makes arrogant”, do not do this from a partial knowledge, which has made you arrogant people and makes you despise those who study the Holy Scriptures. Beware of this and begin to study the Scriptures. Make a habit from this, a spiritual discipline that the first Christians had and which every Christian must have today. Let God help us not to stop at the knowledge that makes arrogant, but to grow in the knowledge of the Lord Jesus so that our love grows in knowledge and understanding to distinguish the excellent things in any situation of life.

I urge you to come and study with Kay Arthur, an excellent Bible teacher, the II book of Peter, at the Precept Ministries Moldova Festival 2017 from July 31 to August 5. We organize this year’s festival in Coşniţa, Dubăsari district, at the “Prietenia” camp. You need tickets to participate. Find out details at info@precept.md or call 069966779.