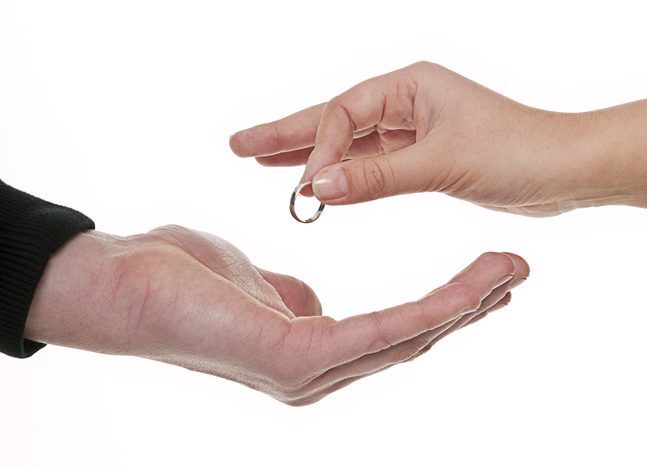 I would like very much for you to post, with explanations, something about the engagements made in the Lord and then broken off, because there are more young people whom I see practicing it. What does the Bible say across this subject and what should the church’s attitude be towards these young people?

In the article What is engagement? I presented the following definition:

The word from the Old Testament translated “engagement” is the Hebrew “aras”, that means an engagement to marry, or to be bound with a promise to marry someone.

Only one intention of breaking off the engagement

I do not remember any case in the Bible about breaking the engagement, but there is one where the groom had this intention:

Now the birth of Jesus Christ was as follows: when His mother Mary had been betrothed to Joseph, before they came together she was found to be with child by the Holy Spirit. And Joseph her husband, being a righteous man and not wanting to disgrace her, planned to send her away secretly. But when he had considered this, behold, an angel of the Lord appeared to him in a dream, saying, “Joseph, son of David, do not be afraid to take Mary as your wife; for the Child who has been conceived in her is of the Holy Spirit. She will bear a Son; and you shall call His name Jesus, for He will save His people from their sins.” (Matthew 1:18-21)(NASB)

From this text it is clear that Joseph, until he learned from Whom was Mary pregnant, he had a serious reason to break the engagement. It is also mentioned here that he did not want to disgrace her, and decided to send her away secretly. So, normally, if someone broke off the engagement, it brought shame on the one or both of the betrothed. So it is today, dissolving, or breaking the engagement brings shame and the one who is rejected and abandoned experiences it most painfully. In fact, parents, siblings and relatives of the betrothed experience that shame as well.

It is a harm to the heavenly image

The Apostle Paul wrote to Christians from Corinth as follows:

For I am jealous for you with a godly jealousy; for I betrothed you to one husband, so that to Christ I might present you as a pure virgin. But I am afraid that, as the serpent deceived Eve by his craftiness, your minds will be led astray from the simplicity and purity of devotion to Christ. (II Corinthians 11:2-3)(NASB)

So, the relationship that is now between the Church and Christ is that of a pure virgin betrothed to a man. Can Christ renounce his fiancee who is the Church? Can the Church go away from the purity and faithfulness to Christ and thus break off the engagement? No way! Christians who break the engagement should think that they harm this heavenly image and by their deeds the Name of God will be spoken evil before men.

What should the Church do to those who break off the engagement?

To study the causes and take appropriate attitude towards the guilty one. I remember one case when a young leader in the Church had broken the engagement without giving explanations and thus dishonoring the girl. As I recall, he was put on observation and removed from any leadership position because he was no longer an example worthy to follow.