A subject that still bothers me has appeared in our church. Is it a sin to take part at the Lord’s Supper (the breaking of bread), if you are in that period of the month of women’s problems (during the menstrual period)? There is written in the Bible that the one who is not clean must not touch the sacred things, but this was true in the Law, but in the New Testament I could not find anything on this subject. Thank you. 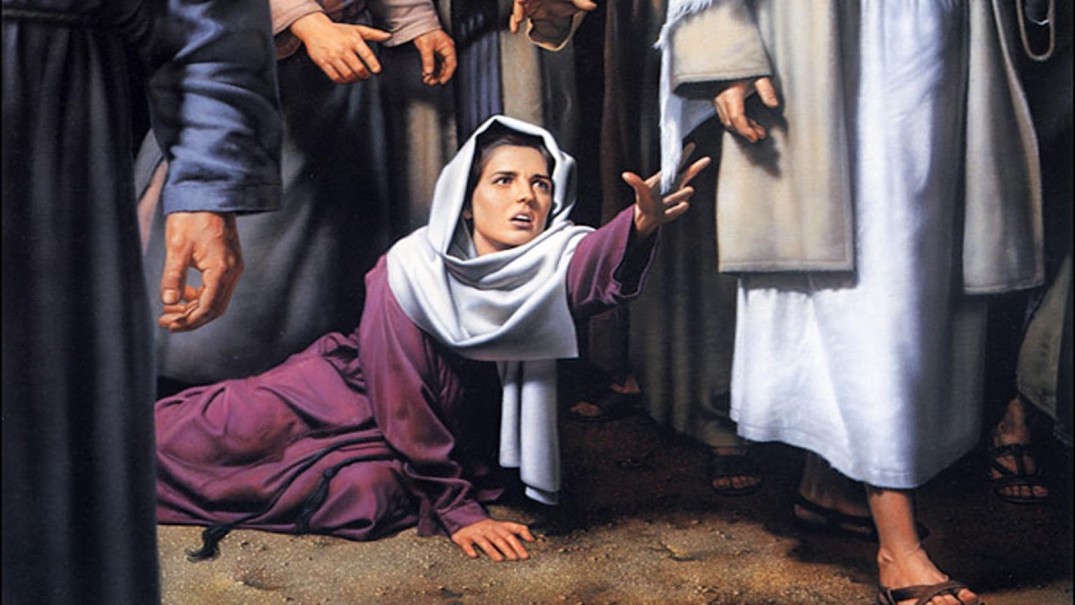 God is very specific about His will regarding the things which relate to our relationship with Him and with other people. If we talk about the breaking of bread, this relates to our relationship with God and the Bible gives specific indications of how to take the breaking of bread and shows us what is the breaking of bread. If it had not been allowed for a woman to participate at the breaking of bread during her menstrual period or to enter the church and to take part in worship, this subject would have been clearly written in the Scriptures, but nowhere in the New Testament is mentioned anything about it. In the book of Hebrews chapter 10:1 is written that the Law (the Old Covenant) is the shadow of the good things to come, in other words, the customs of this covenant pointed to what we have now in the New Covenant. The clean and unclean things had as a purpose to prove that not everything is allowed and accepted by God. Moreover, according to the law of the Old Testament, nobody, except the male Levites, had the right to touch the sacred things! But in the Temple of God not everyone had the right to enter, even from the people of Israel. In the Holy of Holies, which represented the presence of God, even the priests did not have the right to enter, except for the High Priest, who had the right to enter once a year. But in the New Covenant we all have the right to enter the Holy place by the sacrifice of Jesus:

And so, dear brothers and sisters, we can boldly enter heaven’s Most Holy Place because of the blood of Jesus. By His death, Jesus opened a new and life-giving way through the curtain into the Most Holy Place. (Hebrews 10:19-20)

If we guide ourselves by the law of the Old Covenant, then the access to it would have only the successors of Aaron. Still, the differences which the Old Covenand made were to help us to understand the mission of salvation which God would realize later through Jesus Christ in the New Covenant

For the Law, since it has only a shadow of the good things to come and not the very form of things, can never, by the same sacrifices which they offer continually year by year, make perfect those who draw near. (Hebrews 10:1)

And the apostle Paul specifies clearly that in Christ our national origins, social position or gender do not matter:

And all who have been united with Christ in baptism have put on Christ, like putting on new clothes.There is no longer Jew or Gentile, slave or free, male and female. For you are all one in Christ Jesus. And now that you belong to Christ, you are the true children of Abraham. You are his heirs, and God’s promise to Abraham belongs to you. (Galatians 3:27-29)

Another convincing proof in this regard is the story desribed in several gospels, about the woman who had suffered for twelve years with constant bleeding and touched in secret Jesus’ robe and was cured of her bleeding:

A woman in the crowd had suffered for twelve years with constant bleeding. She had suffered a great deal from many doctors, and over the years she had spent everything she had to pay them, but she had gotten no better. In fact, she had gotten worse. She had heard about Jesus, so she came up behind Him through the crowd and touched His robe. For she thought to herself, “If I can just touch His robe, I will be healed.” Immediately the bleeding stopped, and she could feel in her body that she had been healed of her terrible condition. Jesus realized at once that healing power had gone out from Him, so He turned around in the crowd and asked, “Who touched My robe?” His disciples said to Him, “Look at this crowd pressing around You. How can You ask, ‘Who touched Me?’” But He kept on looking around to see who had done it. Then the frightened woman, trembling at the realization of what had happened to her, came and fell to her knees in front of Him and told Him what she had done. And He said to her, “Daughter, your faith has made you well. Go in peace. Your suffering is over.”
(Mark 5:25-34)

From this text we see that a woman, who, according to the requirements of the Old Covenant, was qualified as unclean,was not only rejected and punished for having touched the Holy One of Israel (namely the Lord Jesus) but was saved by faith.
So, we have no reasons to suppose that a woman at her menstrual period does not have the right to  participate at the Lord’s Supper (the breaking of bread).
I recommend you to do the Precept Bible Study ,,Covenant”, which addresses the subject of the Lord’s Supper in one of the lessons.