I am in love with my brother’s wife. They divorced 16 years ago and my brother died 3 years ago. Can I have a relationship with her now? 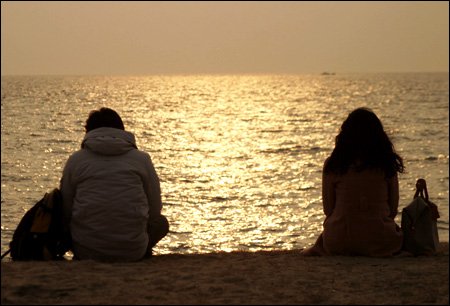 In the book of Leviticus, in the chapter about sexual pervesions we find this one as well:

Over 2 chapters we find another commandment in this regard:

If a man takes his brother’s wife, it is impurity. He has uncovered his brother’s nakedness; they shall be childless. (Leviticus 20:21)

However, all of these commandments refer to the situation when the brother who is married with that woman is still alive. Why do I say so? Because there also exists the levirate law, which obligated the dead man’s brother to marry his wife, in the case when they didn’t have children, and through this marriage, he will build up his brother’s house.

“If there is a dispute between men and they come into court and the judges decide between them, acquitting the innocent and condemning the guilty, then if the guilty man deserves to be beaten, the judge shall cause him to lie down and be beaten in his presence with a number of stripes in proportion to his offense. Forty stripes may be given him, but not more, lest, if one should go on to beat him with more stripes than these, your brother be degraded in your sight. “You shall not muzzle an ox when it is treading out the grain. “If brothers dwell together, and one of them dies and has no son, the wife of the dead man shall not be married outside the family to a stranger. Her husband’s brother shall go in to her and take her as his wife and perform the duty of a husband’s brother to her. And the first son whom she bears shall succeed to the name of his dead brother, that his name may not be blotted out of Israel. And if the man does not wish to take his brother’s wife, then his brother’s wife shall go up to the gate to the elders and say, ‘My husband’s brother refuses to perpetuate his brother’s name in Israel; he will not perform the duty of a husband’s brother to me.’ Then the elders of his city shall call him and speak to him, and if he persists, saying, ‘I do not wish to take her,’ then his brother’s wife shall go up to him in the presence of the elders and pull his sandal off his foot and spit in his face. And she shall answer and say, ‘So shall it be done to the man who does not build up his brother’s house.’And the name of his house shall be called in Israel, ‘The house of him who had his sandal pulled off.’ (Deoteronomy 25:1-10)

Regarding the situation you are in, it is evident you do not intent to marry to build up your brother’s house or to make something good for him, but you can not follow the first laws from the book of Leviticus, because the brother is already dead, and in the Epistle of Romans is written:

It is a bad thing that the ex-wife of your brother divorced, but after that she was not related to him and as more so now that he has died, she is no longer linked to her ex-husband.

I do not know what you meant by asking if you “can have a relationship with her now”. If you mean sexual relations without being married, then you should know that this is fornication and a serious sin, that brings consequences in your lives on this earth and in eternity, for it is written:

Let marriage be held in honor among all, and let the marriage bed be undefiled, for God will judge the sexually immoral and adulterous. (Hebrews 13:4)

May God keep you away from this sin and may he lead you on the way of salvation and holiness. If you decided to get married, think very well if it will not be repeated your brother’s story, I mean not to get to divorce again. I do not know whose fault was in your brother’s marriage that it got to divorce, but I feel obligated to warn you about it.

I recommend you to get the course “Marriage without regrets” or “Building a marriage that really works” by Kay Arthur, to see what Bible says about marriage and to make a wise decision in this situation. At the Precept Ministries Moldova Festival 2016, which will take part in the village Ivancea on 25-30th of July, 2016. We will have as guests the teachers Mia and Costel Oglice who will teach the lessons about divorce and remarriage, money management in marriage and raising children . Book your calendar for those dates and make the effort to attend because it will bring more light on the situation that you asked and marriage in general. If necessary ,there at the festival, I’ll be available to discuss and advise you. God bless you.