My friend tells me that hell is not endless and that only the righteous people will rise again on the last day while the wicked people will be thrown in hell. Is hell endless? My friend believes we are like a book that burns until it consumes itself. 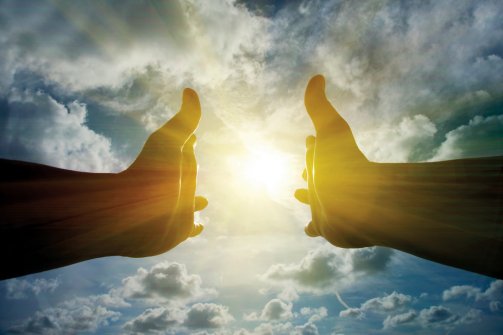 The book of Hebrews says that:

Indeed, just as people are destined to die once and after that to be judged (9:27)

Death has its time. This is a reality that cannot be neglected. Each person will face it when God decides it. Death means nothing else than the separation of the soul from the body. The flesh goes back into the dust, and the soul returns to its Creator. The author of the Epistle of Hebrews says that death is followed by judgement. What happens after the judgement? Where does the soul of the righteous go after the judgement? What about the wicked ones?

Luke 16:19-26 describes an example that Jesus presented to His disciples about what happens to the man’s soul after death:

“Once there was a rich man who used to dress in purple and fine linen and live in great luxury every day. A beggar named Lazarus, who was covered with sores, was brought to his gate. He was always trying to satisfy his hunger with what fell from the rich man’s table. Even the dogs used to come and lick his sores.  “One day, the beggar died and was carried away by the angels to Abraham’s side. The rich man also died and was buried. In the afterlife, where he was in constant torment, he looked up and saw Abraham far away and Lazarus by his side. So he shouted, ‘Father Abraham, have mercy on me! Send Lazarus to dip the tip of his finger in water to cool off my tongue, because I am suffering in this fire. “But Abraham said, ‘My child, remember that during your lifetime you received blessings, while Lazarus received hardships.  But now he is being comforted here, while you suffer. Besides all this, a wide chasm has been fixed between us, so that those who want to cross from this side to you cannot do so, nor can they cross from your side. The rich man said, ‘Then I beg you, father, send Lazarus to my father’s house—because I have five brothers—to warn them, so that they won’t end up in this place of torture, too. Abraham said, ‘They have Moses and the Prophets. They should listen to them! But the rich man replied, ‘No, father Abraham! But if someone from the dead went to them, they would repent. Then Abraham told him, ‘If your brothers do not listen to Moses and the Prophets, they will not be persuaded, even if someone were to rise from the dead.’”

Please, note that God Himself, Lord Jesus presented this story of the rich man and Lazarus. The rich man chose to live his life in gaiety and in the brightness of this world’s pleasures which is considered “good” and “valuable” by the world we live in, while Lazarus chose the worst things from this world’s perspective. He chose to listen to Moses and the prophets. “Moses and the Prophets” is a reference to the Old Testament. In Jesus’ times, there were no New Testament writings.

“Hades” refers to the places of the wicked people. It is the temporary place where the souls of the nonbelievers are kept and are in torture from the moment of death until the day of judgement.

Lazarus went to Abraham’s side, a place where the souls of those who believed were kept until the death and resurrection of Lord Jesus. After His resurrection, all those who repent go into the presence of God.

We know that if the earthly tent we live in is torn down, we have a building in heaven that comes from God, an eternal house not built by human hands. For in this one we sigh, since we long to put on our heavenly dwelling. Of course, if we do put it on, we will not be found without a body. So while we are still in this tent, we sigh under our burdens, because we do not want to put it off but to put it on, so that our dying bodies may be swallowed up by life. God has prepared us for this and has given us his Spirit as a guarantee. Therefore, we are always confident, and we know that as long as we are at home in this body we are away from the Lord. For we live by faith, not by sight. We are confident, then, and would prefer to be away from this body and to live with the Lord.(2 Corinthians 5:1-8)

While in prison in Rome, because of the Gospel, the apostle Paul wrote to Philippians:

For to me, to go on living is the Messiah, and to die is gain. Now if I continue living, fruitful labor is the result, so I do not know which I would prefer. Indeed, I cannot decide between the two. I have the desire to leave this life and be with the Messiah, for that is far better. But for your sake it is better that I remain alive.(1:21-24)

As we see, death is not the end. The believer goes into the presence of God after his death to be with Christ for eternity, while the nonbeliever will present himself before God for judgement on the resurrection day.

The book of Revelation says that all those who did not believe and lived a life of disobedience to the Gospel will present themselves before the white, big throne of judgement of God.

Then I saw a large, white throne and the one who was sitting on it. The earth and the heavens fled from His presence, and no place was found for them. I saw the dead, both unimportant and important, standing in front of the throne, and books were open. Another book was opened—the Book of Life. The dead were judged according to their actions, as recorded in the books. The sea gave up the dead that were in it, and Death and Hades gave up the dead that were in them, and all were judged according to their actions. Death and Hades were thrown into the lake of fire. (This is the second death—the lake of fire.) Anyone whose name was not found written in the Book of Life was thrown into the lake of fire.(Revelation 20:11-15)

…and the Devil who deceived them was thrown into the lake of fire and sulfur, where the beast and the false prophet were. They will be tortured day and night forever and ever.(Revelation 20:10)

For the righteous people God made new heavens and a new earth:

Then I saw a new heaven and a new earth, because the first heaven and the first earth had disappeared, and the sea was gone. I also saw the holy city, New Jerusalem, coming down from God out of heaven, prepared like a bride adorned for her husband. I heard a loud voice from the throne say, “See, the tent of God is among humans! He will make his home with them, and they will be his people. God himself will be with them, and he will be their God. He will wipe every tear from their eyes. There won’t be death anymore. There won’t be any grief, crying, or pain, because the first things have disappeared. The one sitting on the throne said, “See, I am making all things new!”  He said, “Write this: ‘These words are trustworthy and true.’”  Then he told me, “It has happened! I am the Alpha and the Omega, the beginning and the end. I will freely give a drink from the spring of the water of life to the one who is thirsty. The person who overcomes will inherit these things. I will be his God, and he will be my son.”( Revelation 21:1-7)

My beloved, heaven, hell and life after death are a reality. Believe in Jesus Christ today and you will receive the gift of eternal life and the guarantee of eternity. I recommend the following Precept Bible studies that will help you better understand this subject: Philippians, Revelation part I, II, III, IV.