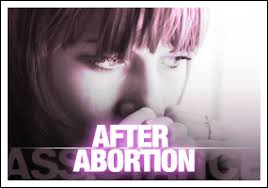 I have a question about the sin of having an abortion. What do you think should be the condition of the couple that has committed such a sin, except repentance – pure and sincere prayer before God that is, indeed, the most important? What effect may this sin have on those involved, but also on their offspring?

In an article published on the Internet, Larisa Sagov writes:

Statistics shows that 78% of women in Moldova have 2 or more abortions. Six years ago, 83% of all pregnancies were interrupted. Currently the number of abortions in our country is almost equal to the number of births.

Abortion is a cruel deliberate murder to entail serious consequences on this earth and eternal punishment in eternity. The blame for having an abortion is of the women who resorted to it, but it is equally shared with their husbands or men that have sent or allowed them to get abortion, doctors who have advised or agreed to do abortion, parents, friends, colleagues and anyone who has given consent to commit this crime. Are you guilty of committing this sin? Are you terrified? I have a good news for you. If you come with sincere repentance, God is ready to forgive you, make you clean and deliver you from the guilt of the committed sin. If you want these, read further to know what to do.

Realize what true repentance is and repent

Before addressing the main part of the question, I found important to clarify what is and what is not repentance. Unfortunately, among some Christians is widespread the belief that repentance is when you go to the priest and shrive. The confession of the sin, is only a part of repentance, just as pure and sincere prayer is another part. Repentance involves more than the confession of sin and prayer. The Greek word metanoia translated repentance in English has the meaning of a radical transformation of one’s thinking. So, the person who repents, will admit before God the seriousness of the committed sin, will repent of it, will confess it, and will ask forgiveness from God and He will not commit it anymore. After He has forgiven the woman caught in adultery sin, Lord Jesus said:

I saw sinners trying to impress God with their humility and do not ask for forgiveness under the pretext that they are too sinful. Still others believe they can not even be forgiven, although they pray daily and ask for forgiveness. Both cases demonstrate a lack of faith, without which no one can be forgiven and saved. We must believe God’s words who said:

But if we walk in the Light as He Himself is in the Light, we have fellowship with one another, and the blood of Jesus His Son cleanses us from all sin. If we say that we have no sin, we are deceiving ourselves and the truth is not in us. If we confess our sins, He is faithful and righteous to forgive us our sins and to cleanse us from all unrighteousness. (1 John 1:7-9)(NASB)

If you have asked forgiveness from God wholeheartedly for the committed sin, also wholeheartedly believe that He has forgiven you, as written in His Word.

Accept the consequences of abortion

God forgives our sins and delivers us from the eternal punishment that we deserve for committing them. But the committed sins will leave consequences in our lives. Here are some of the consequences of the sin of abortion, which you can expect or that you already experience now in your marriage:

There are many other consequences that are not listed in this article. Whether or not you will be affected as a couple of any one of them, it is important to know that God has forgiven your sin and saved you from eternal punishment you deserve. From now on, live well in the light of God. Go and tell others about the seriousness of committing the sin of abortion, but also about the forgiveness you have received from God through Christ.