Some people say that the Church will be raptured before the great tribulation. Others believe that it will go through this tribulation. What is your opinion regarding this subject? 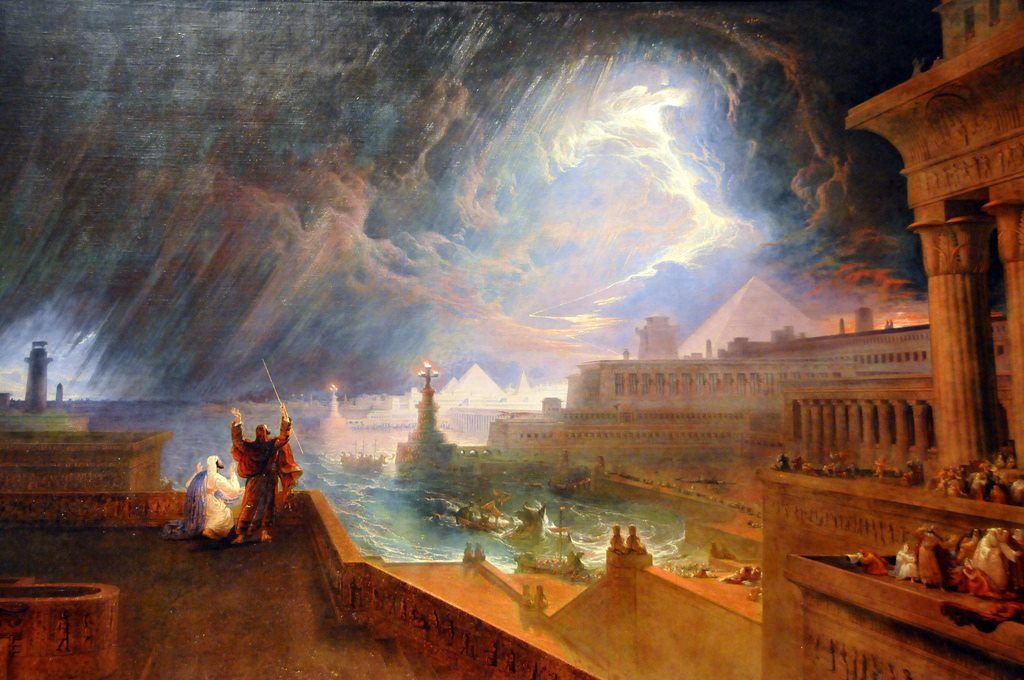 This gospel of the kingdom shall be preached in the whole world as a testimony to all the nations, and then the end will come. “Therefore when you see the abomination of desolation which was spoken of through Daniel the prophet, standing in the holy place (let the reader understand), then those who are in Judea must flee to the mountains.Whoever is on the housetop must not go down to get the things out that are in his house. Whoever is in the field must not turn back to get his cloak. But woe to those who are pregnant and to those who are nursing babies in those days!  But pray that your flight will not be in the winter, or on a Sabbath. For then there will be a great tribulation, such as has not occurred since the beginning of the world until now, nor ever will.  Unless those days had been cut short, no life would have been saved; but for the sake of the elect those days will be cut short. Then if anyone says to you, ‘Behold, here is the Christ,’ or ‘There He is,’ do not believe him. For false Christs and false prophets will arise and will show great signs and wonders, so as to mislead, if possible, even the elect. Behold, I have told you in advance. So if they say to you, ‘Behold, He is in the wilderness,’ do not go out, or, ‘Behold, He is in the inner rooms,’ do not believe them.  For just as the lightning comes from the east and flashes even to the west, so will the coming of the Son of Man be. Wherever the corpse is, there the vultures will gather. “But immediately after the tribulation of those days the sun will be darkened, and the moon will not give its light, and the stars will fall from the sky, and the powers of the heavens will be shaken. And then the sign of the Son of Man will appear in the sky, and then all the tribes of the earth will mourn, and they will see the Son of Man coming on the clouds of the sky with power and great glory.

According to this text, the great tribulation will come for those from Judea and at the time of the end, when ”the abomination of desolation” will take his seat in the holy place. ”The abomination of desolation” is the antichrist, who will ”take his seat in the temple of God, displaying himself as being God” will arise of the Roman people, according to the book of Daniel. From the text, we see that this period of tribulation will begin with the antichrist’s seat in the Temple and will end with the great natural calamities and the second coming of the Lord Jesus on the Earth. The texts from book of Daniel and Revelation relate that the saints, i.e. the people of Israel, will be given into antichrist’s hand for 3 and a half years:

He will speak out against the Most High and wear down the saints of the Highest One, and he will intend to make alterations in times and in law; and they will be given into his hand for … a time, times, and half a time. (Daniel 7:25)

The book of Daniel 12:1 specifies that the great tribulation will be exactly in the period when the antichrist will be at Jerusalem:

Now at that time Michael, the great prince who stands guard over the sons of your people, will arise. And there will be a time of distress such as never occurred since there was a nation until that time; and at that time your people, everyone who is found written in the book, will be rescued.

If we look at chapter 11 from the book of Daniel, we will see that it is about the time when the last king (the antichrist) ”will pitch the tents of his royal pavilion between the seas and the beautiful Holy Mountain” i.e. at Jerusalem (Daniel 11:45).

How does the Church report to the great tribulation?

After these things I looked, and behold, a great multitude which no one could count, from every nation and all tribes and peoples and tongues, standing before the throne and before the Lamb, clothed in white robes, and palm branches were in their hands; and they cry out with a loud voice, saying, “Salvation to our God who sits on the throne, and to the Lamb.” And all the angels were standing around the throne and around the elders and the four living creatures; and they fell on their faces before the throne and worshiped God, saying, “Amen, blessing and glory and wisdom and thanksgiving and honor and power and might, be to our God forever and ever. Amen.” Then one of the elders answered, saying to me, “These who are clothed in the white robes, who are they, and where have they come from?” I said to him, “My lord, you know.” And he said to me, “These are the ones who come out of the great tribulation, and they have washed their robes and made them white in the blood of the Lamb. For this reason, they are before the throne of God; and they serve Him day and night in His temple; and He who sits on the throne will spread His tabernacle over them. They will hunger no longer, nor thirst anymore; nor will the sun beat down on them, nor any heat; for the Lamb in the center of the throne will be their shepherd, and will guide them to springs of the water of life; and God will wipe every tear from their eyes.” (Revelation 7:9-17)

If you studied the book of Revelation, you know that it presents the events in chronological order. Seven seals pass first; then seven trumpets, and then seven bowls. Chapter 6 from the book of Revelation presents the events related to the first six seals, but chapter 8 begins with the breaking of the seventh seal. Therefore, the events described in chapter 7 take place after the sixth seal, respectively: at the sixth seal the church is already in heaven. The book of Revelation doesn’t say how it reached there, there are other texts which tell about this subject. Now the question is, when does the great tribulation begin in relation with the events described in Revelation? From the Gospel of Mathew, we see that the great tribulation begins with the antichrist’s settlement in Jerusalem. According to Revelation 11, the antichrist sits in Jerusalem after the sixth trumpet, immediately before the seventh trumpet.

When they have finished their (the two witnesses of God) testimony, the beast that comes up out of theabyss will make war with them, and overcome them and kill them. And their dead bodies will lie in the street of the great city which mystically is called Sodom and Egypt, where also their Lord was crucified. Those from the peoples and tribes and tongues and nations will look at their dead bodies for three and a half days, and will not permit their dead bodies to be laid in a tomb. And those who dwell on the earth will rejoice over them and celebrate; and they will send gifts to one another, because these two prophets tormented those who dwell on the earth. But after the three and a half days, the breath of life from God came into them, and they stood on their feet; and great fear fell upon those who were watching them. And they heard a loud voice from heaven saying to them, “Come up here.” Then they went up into heaven in the cloud, and their enemies watched them. And in that hour there was a great earthquake, and a tenth of the city fell; seven thousand people were killed in the earthquake, and the rest were terrified and gave glory to the God of heaven. The second woe is past; behold, the third woe is coming quickly. Then the seventh angel sounded; and there were loud voices in heaven, saying: “The kingdom of the world has become the kingdom of our Lord and of His Christ; and He will reign forever and ever.” (Revelation 11:7-15)

We see that before the great tribulation begins, the church is already in heaven, before the throne of God and of His Christ!

I also want to mention that with the great tribulation, which will come upon Israel from the antichrist, will come God’s wrath as well on those who dwell on the earth:

Then the seventh angel sounded; and there were loud voices in heaven, saying, “The kingdom of the world has become the kingdom of our Lord and of His Christ; and He will reign forever and ever.” And the twenty-four elders, who sit on their thrones before God, fell on their faces and worshiped God, saying, “We give You thanks, O Lord God, the Almighty, who are and who were, because You have taken Your great power and have begun to reign. And the nations were enraged, and Your wrath came, and the time came for the dead to be judged, and the time to reward Your bond-servants the prophets and the saints and those who fear Your name, the small and the great, and to destroy those who destroy the earth.” (Revelation 11:15-18)

The wrath of God will end with those seven bowls later; and after that, the Lord Jesus will come:

And I saw another sign in heaven, great and marvelous, seven angels having seven plagues, [which are] the last, for in them is finished the wrath of God. (Revelation 15:1)

I want to mention that at the rapture of the Church, the Lord Jesus will not come to the Earth! At the rapture, He is is greeted by Church on the clouds of the sky and takes it to heaven, where the ”wedding of the Lamb” will take place; and after that, He will come on the Earth for the second time, accompanied by Church then.