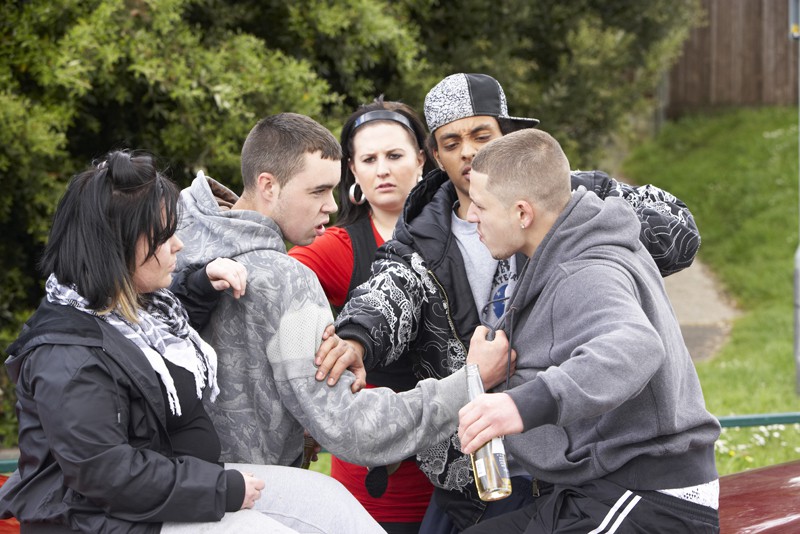 Today I had the opportunity to talk to a lady who is a children inspector for a certain region of the country and she told me about the problems of the adolescents. She said that children are giving birth to children, so, a girl who is 13 years has given birth earlier and another one, who is 14 years has recently given birth. She also said that children have become arrogant, disobedient and very aggressive.

Immediately after this discussion I went to a meeting with 20 public schools teachers, 4 or 5 of which were school principals, I decided to ask them this question. Here are the answers I have got.

The school principal who gave the first answer said that parents were not the same. In 1971, when she began to teach in school, if ever a child behaved disrespectfully and if parents were called, they came when they were called and disciplined their child. Now, however, most parents get to threaten teachers and it doesn’t matter the harm their child has done, they take sides with their child and try to justify him and blame the teachers.Parents do not respect teachers and their children took the same attitude.

Another school principal said that in the class where she was the class master there were 27 children. Only 6 of them had both parents at home, and 11 were without both parents, and some stayed alone or had some relatives who lived separately from them and took care of them. How can these children be other way than arrogant and aggressive after their parents left them by themselves to confront with the acute problems of the society in which we live?

The educational program is highly loaded at subjects such as Chemistry, Physics, Mathematics and all other objects, that teachers don’t have enough time to teach the material and students to learn it.But, there is no emphasis put on the moral-spiritual education of students and teachers often use the educational class to teach the material they hadn’t yet managed to teach. All because of this large material to be taught, teachers do not have time to handle and inquire each student’s state, to advise and direct them according to their needs. Other departments and institutions fail to do it as well, because even the lady who was minors inspector told us that she had to take care of difficult minors from 7 villages.However much she would like to take care of these children, physically she failed.

Unlike earlier times, children are now exposed to a lot of violence and immorality, and this causes them to practice the same things they see on television.Thus, one of the teachers said that in their village, last week, a student in the ninth grade came to school and saw that the lady who was cleaning the corridor was alone, and attempted to rape her. It was found that another child, who is in the fifth grade abused sexually all boys who were in the third and first grades. How do they know about such disgusting things, when our generation never knew of their existence?Being exposed daily to these scenes, the children soon begin to experiment and to practice them systematically. It is our duty to take action and stop whenever we see such destructive influences that media teach children.

But what does the reader think? Why are teenagers so aggressive today? Or maybe you think otherwise? What is your opinion?