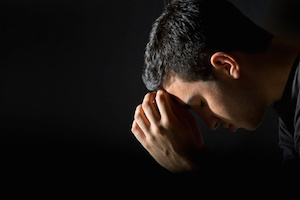 But before enumerating these five reasons, I would like to make something clear about Svetlana’s question:

People don’t have to believe or worship idols

1. Because we are God’s creature

That is why we have to believe in Him.

The God who made the world and all things in it, since He is the Lord of heaven and earth, does not dwell in temples made with hands; nor is He served by human hands, as though He needed anything, since He Himself gives to all people life and breath and all things; and He made from one man every nation of mankind to live on all the face of the earth, having determined their appointed times and the boundaries of their habitation, that they would seek God, if perhaps they might grope for Him and find Him, though He is not far from each one of us; for in Him we live and move and exist, as even some of your own poets have said, “For we also are His children.” (Acts 17: 24–28).

2. Because the reality discovers God

We cannot deny the reality that is outside and inside of each of us. Both of them reveal God to us.

Since what may be known about God is plain to them, because God has made it plain to them. For since the creation of the world God’s invisible qualities—his eternal power and divine nature—have been clearly seen, being understood from what has been made, so that men are without excuse. (Romans 1:19–20)

3. Because only through faith we can know how the world was created

By faith we understand that the worlds were prepared by the word of God, so that what is seen was not made out of things which are visible. (Hebrews 11:3)

4. Because only through faith we can please God

And without faith it is impossible to please Him, for he who comes to God must believe that He is and that He is a rewarder of those who seek Him. (Hebrews 11:6)

5. Because only through faith in Jesus Christ we can inherit the gift of eternal life

For God so loved the world, that He gave His only begotten Son, that whoever believes in Him shall not perish, but have eternal life. (John 3:16)

You can not live without faith in God. Those who do not believe in Him, believe in idols and will bear the consequences of their grave sin, because idolatry is such a sin. May God protect us from idolatry.