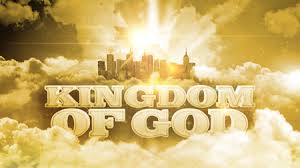 I got into a discussion and there was put the question on verse 28 of chapter 16 of the Gospel of Matthew. Tell me, please, how to understand it and explain to others.

When He presented to His disciples the price they had to pay if they wanted to be His disciples, Lord Jesus said:

Truly I say to you, there are some of those who are standing here who will not taste death until they see the Son of Man coming in His kingdom. (Matthew 16:28)(NASB)

In the New Testament, other two evangelists also make references to these words spoken by Lord Jesus. Mark writes this:

And Jesus was saying to them, “Truly I say to you, there are some of those who are standing here who will not taste death until they see the kingdom of God after it has come with power.” (Mark 9:1) (NASB)

But I say to you truthfully, there are some of those standing here who will not taste death until they see the kingdom of God. (Luke 9:27)

All three texts speak of God’s kingdom. To better understand what Lord Jesus meant, it is good to see again …

When will the kingdom of God come?

We can find the answer even from the Lord Jesus who once had the following discussion on this subject:

The fulfillment of these words

The disciples have witnessed the death and the resurrection of the Lord Jesus and His ascension to heaven. Then, they were all gathered together in the Day of Pentecost, when the Holy Spirit came down and then, through the Gospel, they took part in extending this kingdom into the hearts of many people from the whole world. All this happened during their life.