Please advise me what to do with the problem I’m facing more and more often. I am a young man who is 21, single (but I pray for a wife) and more often I see as sisters (some of which I do not even know) ”cling” to me and after I make the acquaintance of them, they insist to give them the ID or phone number (of course, in order to flirt). I mention that I do not consider myself a shy person, but a communicative one. My question is: What to do in such situations and what to say? How to explain the girls, so as not to offend them, and that I may not have any remorse? I hope I was understood correctly, and I hope I get a response that would help me in the situations described above. Thank you in advance.

The initiative of the girls is not a good sign 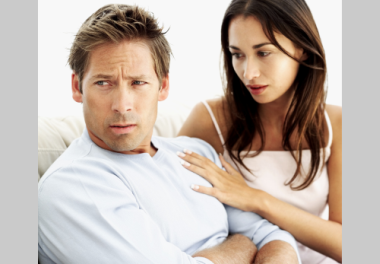 It is true that some girls and women are showing an unhealthy initiative in relations with men. This is a bad sign and it highlights a light attitude and behavior, as it is said in the Bible when a harlot is described as:

For at the window of my house I looked out through my lattice, and I saw among the naive, and discerned among the youths a young man lacking sense, passing through the street near her corner; and he takes the way to her house, in the twilight, in the evening, in the middle of the night and in the darkness. And behold, a woman comes to meet him, dressed as a harlot and cunning of heart. She is boisterous and rebellious, her feet do not remain at home; she is now in the streets, now in the squares, and lurks by every corner. So she seizes him and kisses him and with a brazen face she says to him… (Proverbs 7:6-13)(NASB)

Avoid the company of brazen women

God says to behave so with harlots:

Now therefore, my sons, listen to me, and pay attention to the words of my mouth. Do not let your heart turn aside to her ways, do not stray into her paths. For many are the victims she has cast down, and numerous are all her slain. Her house is the way to Sheol, descending to the chambers of death. (Proverbs 7:24-27)(NASB)

However, such women are not that many, especially in church. I tend to think that the author of the question behaves so that he himself gives girls cause to flirt. See if you pay more attention than you should, because that makes each of them believe that you found something special and that you are in love with her. See if, somehow, you flirt. The man who acts wisely is regarded with respect by women in almost all cases. Act with wisdom and give no cause for sinning to none of these girls.

I saw several times how some men chose to spend time and talked to a girl or a woman without realizing that communicated them more than that man thought. The woman believes that you have found something special with her and she expects a relationship that will lead to marriage. Just because they have been provoked in this way, some women and girls end up losing control, take the initiative in developing this relationship and begin to flirt. Therefore, see, if you somehow give anyone cause for sinning. Lord Jesus said:

Although they were said in another context, the words of the Apostle Paul are applied here too:

… giving no cause for offense in anything, so that the ministry will not be discredited, but in everything commending ourselves as servants of God… (2 Corinthians 6:3-4)

Give no cause for offense in anything. Do not flirt, so that girls may not flirt with you. Show that you are a worthy man of God in all respects.