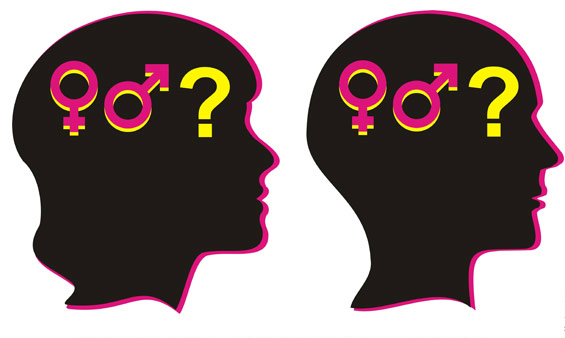 There are so many discussions and confusions in regarding to this term, that is used abundantly in our Post-Modern Age to create confusion between what is normal and what is perversion. In this article I will present the way how this term is used and abused.

Wikipedia Encyclopedia gives the next definition:

The authors of the project The Law for the prevention and fighting against discrimination in the Republic of Moldova use this term many times and they gave to it the following definition:

Sexual orientation – refers to the following categories of persons: heterosexuals, homosexuals, bisexuals and transgender persons. This will also apply to the couples of the same sex. (Article 4, p.8)

Let us see what does God say in the Bible?

The Holy Scriptures speak very clearly and specifically on this subject and presents what sexual orientation is and what perversion is.

The first chapter from the first book of the Bible, Genesis, says:

God established the sexual orientation of the man, i.e what are his sexual preference and identity, when he said:

Together with the sin’s entering in the world, man’s sexuality was affected gravely, making him lust sexual relations with persons that are outside the limits established by God.

The man has the responsability to keep under control his sexual desires and passions. That’s why, 2 of those 10 commandments teach us to keep a tight hand over our sexual desires. In the 7th and in the 10th commandment, God says this:

God who created the man and his sexuality, says very categorically:

Or do you not know that the unrighteous will not inherit the kingdom of God? Do not be deceived; neither fornicators, nor idolaters, nor adulterers, nor effeminate, nor homosexuals, nor thieves, nor the covetous, nor drunkards, nor revilers, nor swindlers, will inherit the kingdom of God. Such were some of you; but you were washed, but you were sanctified, but you were justified in the name of the Lord Jesus Christ and in the Spirit of our God. (1 Corinthians 6:9–19)(NASB)

The Gospel sets free those who are slaves of preversions

The devil and people who serve him make all efforts to pervert people’s sexual desires and for this they use plays such as “The Monologues of Vagina”, panels that pretend they publish pantyhose, TV shows, movies, books, magazines, pornography on Internet, etc.

Let your fountain be blessed, and rejoice in the wife of your youth. As a loving hind and a graceful doe, let her breasts satisfy you at all times; be exhilarated always with her love. For why should you, my son, be exhilarated with an adulteress and embrace the bosom of a foreigner? For the ways of a man are before the eyes of the LORD, and He watches all his paths. His own iniquities will capture the wicked, and he will be held with the cords of his sin. He will die for lack of instruction, and in the greatness of his folly he will go astray. (Proverbs 5:18–23)(NASB)

Do not be deceived by the schemes of the devil. Protect your mind and don’t allow somebody or something to affect the purity of your sexual orientation, that has to be directed exclusively only towards your husband or your wife.