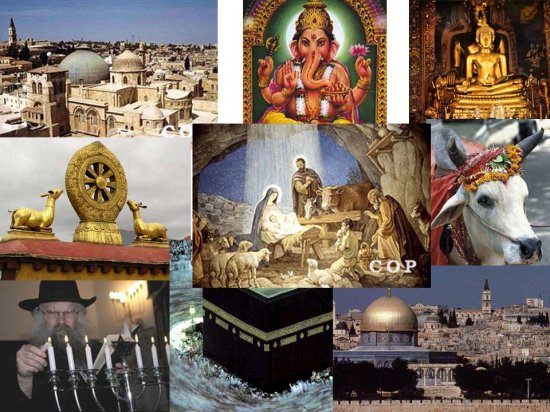 The meaning of the word in Greek

The words “tradition of the elders” used in the Bible are the Greek word paradosis (par-ad’-os-is) that has the following meanings:

The word has a broad meaning, but, like any other word, it draws its meaning from the context in which it is used. Therefore, let us see one by one all the passages in the New Testament where this word is used.

Then some Pharisees and scribes came to Jesus from Jerusalem and said, ”Why do Your disciples break the tradition of the elders? For they do not wash their hands when they eat bread.” And He answered and said to them, “Why do you yourselves transgress the commandment of God for the sake of your tradition? For God said, ‘HONOR YOUR FATHER AND MOTHER,’ and, ‘HE WHO SPEAKS EVIL OF FATHER OR MOTHER IS TO BE PUT TO DEATH.’ But you say, ‘Whoever says to his father or mother, “Whatever I have that would help you has been given to God,” he is not to honor his father or his mother.’ And by this you invalidated the word of God for the sake of your tradition. You hypocrites, rightly did Isaiah prophesy of you: ’THIS PEOPLE HONORS ME WITH THEIR LIPS, BUT THEIR HEART IS FAR AWAY FROM ME. BUT IN VAIN DO THEY WORSHIP ME, TEACHING AS DOCTRINES THE PRECEPTS OF MEN.‘”

From this passage, there are clear the following truths about tradition:

The Pharisees and some of the scribes gathered around Him when they had come from Jerusalem, and had seen that some of His disciples were eating their bread with impure hands, that is, unwashed. (For the Pharisees and all the Jews do not eat unless they carefully wash their hands, thus observing the traditions of the elders; and when they come from the market place, they do not eat unless they cleanse themselves; and there are many other things which they have received in order to observe, such as the washing of cups and pitchers and copper pots.) The Pharisees and the scribes asked Him, “Why do Your disciples not walk according to the tradition of the elders, but eat their bread with impure hands?” And He said to them, “Rightly did Isaiah prophesy of you hypocrites, as it is written: ‘THIS PEOPLE HONORS ME WITH THEIR LIPS, BUT THEIR HEART IS FAR AWAY FROM ME. ’BUT IN VAIN DO THEY WORSHIP ME, TEACHING AS DOCTRINES THE PRECEPTS OF MEN.’ Neglecting the commandment of God, you hold to the tradition of men.” He was also saying to them, “You are experts at setting aside the commandment of God in order to keep your tradition. For Moses said, ‘HONOR YOUR FATHER AND YOUR MOTHER’; and, ‘HE WHO SPEAKS EVIL OF FATHER OR MOTHER, IS TO BE PUT TO DEATH’; but you say, ‘If a man says to his father or his mother, whatever I have that would help you is Corban (that is to say, given to God),’ you no longer permit him to do anything for his father or his mother; thus invalidating the word of God by your tradition which you have handed down; and you do many things such as that.”

This passage describes more detailed the case described in the Gospel of Matthew and repeats the same truths adding others that I have presented in the article “Five (5) truths about the religious tradition”. In these two passages, the Lord Jesus referred to the tradition set by the Pharisees in Israel only in a negative sense. Next we will look at how this word is used in the epistles of the New Testament.

When he teaches the Corinthian Christians how men should relate to women in the body of Christ and in marriage, Apostle Paul writes:

Now I praise you because you remember me in everything and hold firmly to the traditions, just as I delivered them to you. (1 Corinthians 11:2)(NASB)

The word “tradition” does not refer to something left by others, by the elders, someone from another century, but by himself, i.e. one teaching that was given orally and then was written and became part of the New Testament.

Apostle Paul made reference to the tradition of the elders kept by Pharisees and all the Jews, when he wrote:

For you have heard of my former manner of life in Judaism, how I used to persecute the church of God beyond measure and tried to destroy it; and I was advancing in Judaism beyond many of my contemporaries among my countrymen, being more extremely zealous for my ancestral traditions. But when God, who had set me apart even from my mother’s womb and called me through His grace, was pleased to reveal His Son in me so that I might preach Him among the Gentiles, I did not immediately consult with flesh and blood, nor did I go up to Jerusalem to those who were apostles before me; but I went away to Arabia, and returned once more to Damascus. (Galatians 1:13-17)(NASB)

The apostle Paul was inspired by the unspeakable zeal for the ancestral tradition, as contrasted with the day when God was pleased to reveal the Lord Jesus Christ in him.

See to it that no one takes you captive through philosophy and empty deception, according to the tradition of men, according to the elementary principles of the world, rather than according to Christ. For in Him all the fullness of Deity dwells in bodily form, and in Him you have been made complete, and He is the head over all rule and authority. (Colossians 2:8-10)(NASB)

This time, the Apostle refers to the religious traditions of the people in general and contrasts them with the Lord Jesus Christ and warns us that human religious tradition endangers our living with Christ, if we are taken captive or deceived by these traditions.

This is the text to which people often refer when they rise tradition on a level with the Scriptures. Lets analyze them in turn:

It was for this He called you through our gospel, that you may gain the glory of our Lord Jesus Christ. So then, brethren, stand firm and hold to the traditions which you were taught, whether by word of mouth or by letter from us. (2 Thessalonians 2:14-15)(NASB)

Paul calls here tradition the gospel that he has preached to them and the teachings that he has given the Christians in Thessalonica by words, while he was preaching and then by written letter. In the same epistle the Apostle Paul uses this word one more time, when he says:

Now we command you, brethren, in the name of our Lord Jesus Christ, that you keep away from every brother who leads an unruly life and not according to the tradition which you received from us. (2 Thessalonians 3:6)(NASB)

What conclusions about tradition has the reader drawn based on these passages from the New Testament?