I want to address some questions regarding dreams. For a while I start dreaming different dreams, some life fragments, some daily situations and their solving, that sometimes happen in reality; and after they happen, I remember I have previously dreamt them… My questions are the following: What does God write about dreams in the Bible? What to do about them? What are they given me for? It is interesting to know what God wants to tell me through these, because God answers us through the Bible, I pray to receive wisdom from Him and I thank Him that He gave me the opportunity of knowing Him. Thank you for writing articles about life situations from the perspective of the Bible and God bless you more. 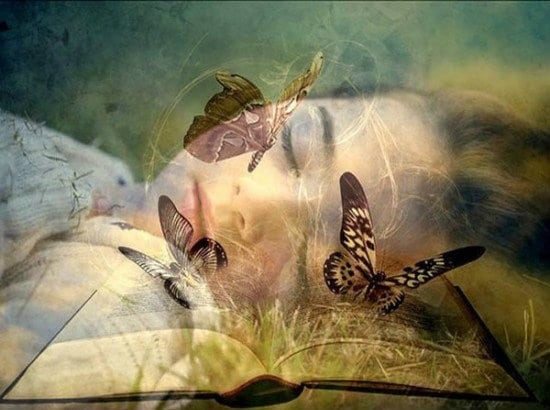 Dreams do not leave people indifferent

This is a fact proven again by the message that I received. People become alarmed by what they dream and they want to know what they dreams mean. Thus, appeared dictionaries of dreams, printed books and online publications, forums where people try to interpret dreams. The fact is that dreams do not let anybody indifferent. The Bible relates us in the second chapter of the book of prophet Daniel, that the emperor of Babylon, Nebucadnezar dreamt a dream one night, he forgot it but woke up very disturbed and asked all the wise men to tell him the dream and the interpretation. Since they were not able to do this, he was ready to kill them all to one. The Lord had pity on them and he discovered the king’s dream and interpretation through the prophet Daniel. For more details read the book Daniel, where the word “dream” is a key one.

God said so through the wise Solomon in the book of Ecclesiastes (ecclesiastes means preacher):

Do not be hasty in word or impulsive in thought to bring up a matter in the presence of God For God is in heaven and you are on the earth; therefore let your words be few. For the dream comes through much effort and the voice of a fool through many words. (Ecclesiastes 5:2–3)(NASB)

Considering that our daily worries give birth to dreams, let us not hurry to look for their interpretation always.

Most dreams do not make sense

Here’s what God said through the wise Solomon:

For in many dreams and in many words there is emptiness. Rather, fear God. (Ecclesiastes 5:7)(NASB)

Do not look to find an interpretation, a warning or I don’t know what in every dream.

Dreams are the produce of our wishes

In the book of the prophet Isaiah it is written:

Some people saw in dreams the solutions to problems they faced. When I was at school, the chemistry teacher told us that Mendeleev had found his famous table in a dream, but after many and long researches and searching of a regularity to systematize the chemical elements.

God warns us in the dream

In the Gospel of Matthew is written that the angel of God warned Joseph, the husband of Mary, mother of Jesus, concerning more things and more times.When he found that Mary was pregnant and thought to leave her secretly to put her to shame, the angel spoke to him in the dream and said that the child, who was the Lord Jesus, was conceived by the Holy Spirit.Then the angel said to Joseph to flee to Egypt, then to return from Egypt. The angel spoke to the three wise men, after they had visited the baby to come back another way and not go on to Herod. And the night before Lord Jesus was brought to Pilate’s court, God warned his wife, because the Bible says this:

While he was sitting on the judgment seat, his wife sent him a message, saying, “Have nothing to do with that righteous Man; for last night I suffered greatly in a dream because of Him.” (Matthew 27:19)(NASB)

I know people who have been warned or informed by God in dream for certain things, regarding their salvation. Thus, once I had a group of students from an Arabian country, who told me how all of their village, where only Muslims lived, dreamt the same dream that night, namely, an angel spoke to them and said to call a man from the neighboring village, who would tell them an important news, and they would have to do what they would be told.That certain man was a Christian who came and told them the Gospel.So they all believed in the Lord Jesus and received the forgiveness of sins and the gift of eternal life.

Here is a case in this regard, related in the book of Acts about apostle Paul:

They passed through the Phrygian and Galatian region, having been forbidden by the Holy Spirit to speak the word in Asia; and after they came to Mysia, they were trying to go into Bithynia, and the Spirit of Jesus did not permit them; and passing by Mysia, they came down to Troas. A vision appeared to Paul in the night: a man of Macedonia was standing and appealing to him, and saying, “Come over to Macedonia and help us.” When he had seen the vision, immediately we sought to go into Macedonia, concluding that God had called us to preach the gospel to them. (Acts 16:6–10)(NASB)

God spoke to His prophets in dreams

The Bible abounds with cases when God discovered His will to prophets through dreams.When Mary and Aaron spoke against Moses and claimed that God speaks to them to the same extent, they were called by God to the door of the tent meeting and …

Then the LORD came down in a pillar of cloud and stood at the doorway of the tent, and He called Aaron and Miriam. When they had both come forward, He said, ”Hear now My words: If there is a prophet among you, I, the LORD, shall make Myself known to him in a vision I shall speak with him in a dream. ”Not so, with My servant Moses, He is faithful in all My household; With him I speak mouth to mouth, even openly, and not in dark sayings, and he beholds the form of the LORD. Why then were you not afraid to speak against My servant, against Moses?” (Numbers 12:5-8)(NASB)

At the same time …

Dreams are the “argument” of the false prophets

Because dreams can not be verified by other people, some who claim to be prophets use dreams as “argument” of their own that God speaks or has spoken to them, when, in fact, He has not spoken.Here’s what God said through the prophet Jeremiah about such prophets:

The Bible is God’s Word, God’s will revealed to all people. Therefore, we need to verify all our or others dreams according to the Scriptures, as it is written:

If a prophet or a dreamer of dreams arises among you and gives you a sign or a wonder, and the sign or the wonder comes true, concerning which he spoke to you, saying, ‘Let us go after other gods (whom you have not known) and let us serve them,’ you shall not listen to the words of that prophet or that dreamer of dreams; for the LORD your God is testing you to find out if you love the LORD your God with all your heart and with all your soul. You shall follow the LORD your God and fear Him; and you shall keep His commandments, listen to His voice, serve Him, and cling to Him. (Deuteronomy 13:1-4)(NASB)

Only God gives the true interpretation of dreams

The interpretation of dreams interest people the most and it motivates them to write books, Internet pages, etc. It is not allowable to do such things. The Bible says that God gave Joseph wisdom to interpret the dreams of two people who were in prison with him in Egypt.Everything happened just as Joseph had said, but the one that was released from prison soon forgot about him and did not mention something to release Joseph. But the Lord had another plan.One night, Pharaoh, the king of Egypt had two dreams that scared him.He called all the wise men of Egypt and related them the dreams, but nobody could interpret them. Then the one who was in prison remembered and told Pharaoh about Joseph .

Then Pharaoh sent and called for Joseph, and they hurriedly brought him out of the dungeon; and when he had shaved himself and changed his clothes, he came to Pharaoh. Pharaoh said to Joseph, “I have had a dream, but no one can interpret it; and I have heard it said about you, that when you hear a dream you can interpret it.” Joseph then answered Pharaoh, saying, “It is not in me; God will give Pharaoh a favorable answer.” (Genesis 41:14-16)(NASB)

See, that Joseph, who was a prophet, did not assume the interpretation of dreams and said clearly that he was going to tell only what God answered.

We can not make samples (schemes) for the interpretation of dreams

Having the teaching of God written in the Holy Scriptures of the Old and New Testaments, do not be scared and enslaved by human interpretations of dreams, but never ignore if God ever speaks to you in dream.