I want to know what the Bible says about wearing earrings, but mostly about men wearing earrings? How to react when a brother in faith has pierced his ears? He is my best friend and I do not want to judge him, but I find it hard to agree with him that there is nothing wrong with it. Thank you in advance. 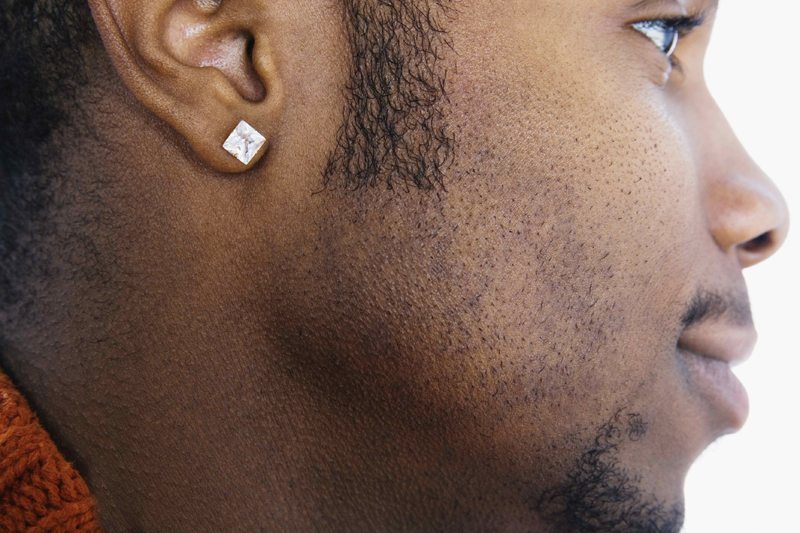 Some people used earrings to worship the idols

After Simeon and Levi killed the man of Shechem in their wrath, that was too fierce and in their anger, that was too wild, because they wanted to avenge for dishonoring their sister Dinah, their father Jacob expected that the citizens of that country would gather and destroy them. Then …

God said to Jacob, “Arise, go up to Bethel and live there, and make an altar there to God, who appeared to you when you fled from your brother Esau.” So Jacob said to his household and to all who were with him, “Put away the foreign gods which are among you, and purify yourselves and change your garments; and let us arise and go up to Bethel, and I will make an altar there to God, who answered me in the day of my distress andhas been with me wherever I have gone.” So they gave to Jacob all the foreign gods which they had and the rings which were in their ears, and Jacob hid them under the oak which was near Shechem. (Genesis 35:1-4)(NASB)

Among the servants of Jacob there were different people, and they also had different gods or idols whom they were worshiping. Jacob told them to remove the foreign gods among them, but we see that they gave to Jacob not only their foreign gods (idols), but they also gave the rings from their ears, which confirms that the earrings were an item which was part of their idolatrous worship. But beware, we do not want to be among those who take a text out of its context and use it as an excuse to give any interpretation they like. Let’s see what Scripture says about the earrings …

The word translated in English is the Hebrew נֶזֶם (neh’-zem) and it refers particularly to the nose rings, but in this text and in others, it is specified that it refers to earrings.

The next mention of the earrings in the Bible is in Exodus, when Moses climbed up the mountain of God to receive the tablets of the law …

Now when the people saw that Moses delayed to come down from the mountain, the people assembled about Aaron and said to him, “Come, make us a god who will go before us; as for this Moses, the man who brought us up from the land of Egypt, we do not know what has become of him.” Aaron said to them, “Tear off the gold rings which are in the ears of your wives, your sons, and your daughters, and bring them to me.” Then all the people tore off the gold rings which were in their ears and brought them to Aaron. He took this from their hand, and fashioned it with a graving tool and made it into a molten calf; and they said, “This is your god, O Israel, who brought you up from the land of Egypt. (Exodus 32:1-4)(NASB)

Not only for the worship of idols were used the rings of God’s people. After Moses received the commandments for making the tent of meeting he communicated this message to the people …

Then all the congregation of the sons of Israel departed from Moses’ presence. Everyone whose heart stirred him and everyone whose spirit moved him came and brought the LORD’S contribution for the work of the tent of meeting and for all its service and for the holy garments. Then all whose hearts moved them, both men and women, came and brought brooches and earrings and signet rings and bracelets, all articles of gold; so did every man who presented an offering of gold to the LORD. (Exodus 35:20-22)(NASB)

These were expensive items and wanting to worship God, people showed great zeal and offered every kind of gold jewelry they had. By the way, thus we find what kind of gold jewelry were used at that time, namely: nose rings. There is another Hebrew word used for nose rings – חָח חָחִי (khawkh) and it refers to nose or lip rings, rings, earrings, necklaces.

Earrings as a trophy of war dedicated to God

When they returned from the vengeance of God against Medians …

All these golden articles, including gold earrings taken from the Midianites were kept in the tent of meeting, as a memorial of that victory and of God’s vengeance against the enemies of His children.

God has adorned Israel with earrings

In chapter 16 of the book of the prophet Ezekiel, God compares His relationship with Israel with a man’s love for his wife. It is good to quote the text of the chapter until we get to the place where the earrings are also mentioned:

Then the word of the LORD came to me, saying, “Son of man, make known to Jerusalem her abominations and say, ‘Thus says the Lord GOD to Jerusalem, “Your origin and your birth are from the land of the Canaanite, your father was an Amorite and your mother a Hittite. As for your birth, on the day you were born your navel cord was not cut, nor were you washed with water for cleansing; you were not rubbed with salt or even wrapped in cloths. No eye looked with pity on you to do any of these things for you, to have compassion on you. Rather you were thrown out into theopen field, for you were abhorred on the day you were born. When I passed by you and saw you squirming in your blood, I said to you while you were in your blood, ‘Live!’ Yes, I said to you while you were in your blood, ‘Live!’ I made you numerous like plants of the field. Then you grew up, became tall and reached the age for fine ornaments; your breasts were formed and your hair had grown. Yet you were naked and bare. Then I passed by you and saw you, and behold, you were at the time for love; so I spread My skirt over you and covered your nakedness I also swore to you and entered into a covenant with you so that you became Mine,” declares the Lord GOD. “Then I bathed you with water, washed off your blood from you and anointed you with oil. I also clothed you with embroidered cloth and put sandals of porpoise skin on your feet; and I wrapped you with fine linen and covered you with silk. I adorned you with ornaments, put bracelets on your hands and a necklace around your neck. I also put a ring in your nostril, earrings in your ears and a beautiful crown on your head. Thus you were adorned with gold and silver, and your dress was of fine linen, silk and embroidered cloth You ate fine flour, honey and oil; so you were exceedingly beautiful and advanced toroyalty. Then your fame went forth among the nations on account of your beauty, for it was perfect because of My splendor which I bestowed on you,” declares the Lord GOD. (Ezekiel 16:1-14)(NASB)

God is presented here as a loving husband, and because of His great love for His wife He adorned her as He could and considered the best. So, all given clothes, things, food, including earrings were a beautiful and delicate expression of love.

Earrings are not mentioned in the New Testament

During my researches I have not found any specific reference to the earrings in the New Testament, but because they are jewels, or ornaments, I invite you to read the article “Is it a sin for women to wear jewelry?“, written and published on www.moldovacrestina.net/english before.

What do I think about men wearing earrings?

We have not seen anywhere in all these texts men wearing earrings and I think that it is a strange practice, an unnatural and unusual one, even for those times and peoples. Earrings and all jewelry is used by women to highlight the outward beauty and it seems strange and unnatural, when a man seeks to highlight his face beauty. In the Epistle to the Corinthians, at some point, Apostle Paul asked:

Paul speaks about something that nature teaches us, and in our case it is natural for women to wear jewelry, but it is unnatural when men do it. I think that especially for men who say they are Christians and wear earrings – it will raise questions in the minds of the unbelievers and these questions will overshadow the Gospel message.

When I came to this point in writing the article, I had to take a break to go somewhere else and on my way to that place, I asked the person who accompanied me, what she thought about men wearing earrings. I received the following reply: “I find it strange … I think that they don’t have any other achievements and want to draw the attention of others through these earrings in their ears ….”

What does the reader think about men wearing earrings? I would also be interested to find out what men who wear earrings think about it.