Where is it written in the Bible that there will come the computer age, that is the era of information technologies that are now present in all areas and domains of life? 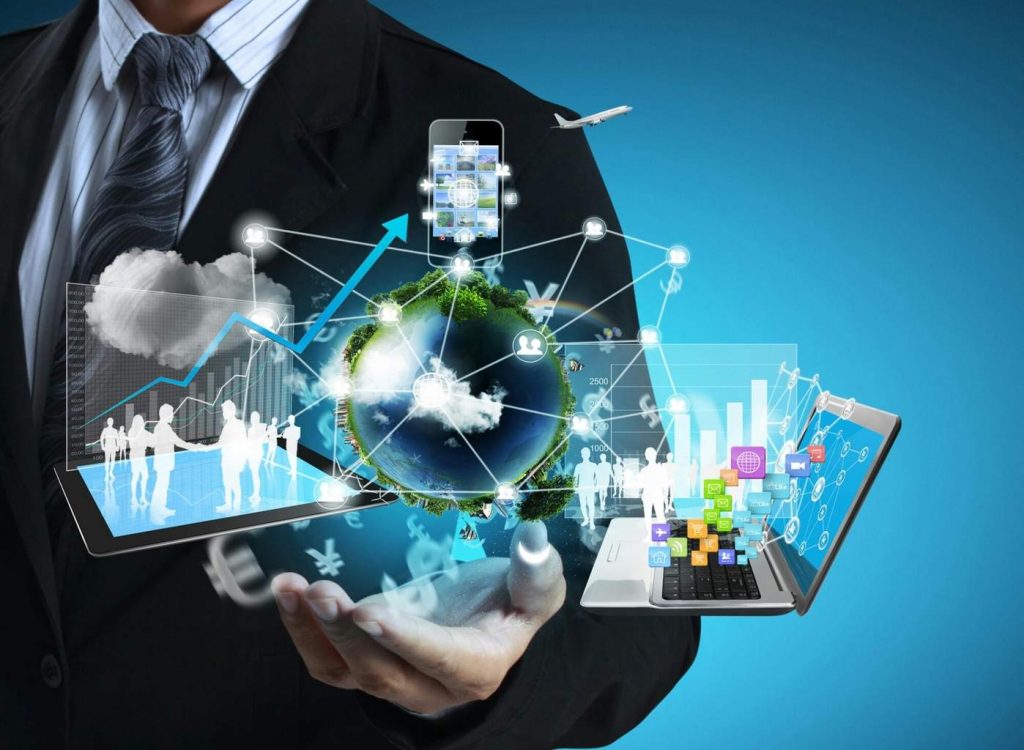 I do not know a direct reference in the Bible about this, but in the prophetic books are written some things that could not happen without information technology today, so indirectly, it refers to these technologies.

When he reports about the coming of the Antichrist, called the beast, the Apostle John writes thus in reference to the false prophet and how he will proceed with all inhabitants of the earth:

And he causes all, the small and the great, and the rich and the poor, and the free men and the slaves, to be given a mark on their right hand or on their forehead, and he provides that no one will be able to buy or to sell, except the one who has the mark, either the name of the beast or the number of his name. (Revelation 13:16-17)(NASB)

How would be possible to ensure such control over people without information technologies that we have today.

All inhabitants of the earth look at the same event

Then, when he reports about the death of two prophets who will prophesy in Jerusalem, the Revelation tells us:

When they have finished their testimony, the beast that comes up out of the abyss will make war with them, and overcome them and kill them. And their dead bodies will lie in the street of the great city which mystically is called Sodom and Egypt, where also their Lord was crucified. Those from the peoples and tribes and tongues and nations will look at their dead bodies for three and a half days, and will not permit their dead bodies to be laid in a tomb. And those who dwell on the earth will rejoice over them and celebrate; and they will send gifts to one another, because these two prophets tormented those who dwell on the earth. (Revelation 11:7-10)(NASB)

How would it have been possible without television and Internet that all men on earth, of all nations, of all people to look at the dead bodies of the prophets in Jerusalem for three days?

So, when carefully studying the Bible we see many indirect references to information technologies.

I encourage readers to add comments with the examples that they know.