I chose to explain this subject because I noticed something that causes me pain and concern. For a long time already missionaries, Christian organizations have become more process-oriented than the result.

When the Lord Jesus was going with his disciples and came near the city of Sychar, he sent his disciples to buy food from the city. Jesus was near the well and was waiting for them. He was also hungry, but immediately from the second sentence he began to tell the gospel to a Samaritan woman who approached the well. The woman believed in the Lord Jesus, left her bucket, and went back to the city. Meanwhile the disciples came. They were amazed that the Lord Jesus was talking to a woman, but nobody asked Him why he was talking to her. When they proposed the Lord Jesus to eat, he refused their food, although he was hungry and still had nothing to eat. The Lord Jesus told them he had to eat a dish that they do not know. Then he told them that this food is to do God’s will.

Jesus was very upset about the disciples, because they were in the town, and no man from them found out about the Lord Jesus. They could talk and  tell people that Jesus is at the well at the edge of the city, and people would come to see Him, to listen to Him. Do you see how people reacted when this woman, who did not have a good name, told them only a few words? She just told them as an assumption “Come see a man who told me everything I did. Is not this the Christ? “But the disciples could tell them exactly who He is. Jesus rebuked the disciples and told them in verse 35 of chapter 4 of John:

“Do you not say, ‘There are yet four months, and then comes the harvest’? Behold, I say to you, lift up your eyes and look on the fields, that they are white for harvest.”

The Lord did not refer to the fields. He used them as an illustration for the message He wanted to communicate. He referred to the souls of those in the town, to the people who were ready to receive the Lord Jesus. Jesus continued to explain to them:

Already he who reaps is receiving wages and is gathering fruit for life eternal; so that he who sows and he who reaps may rejoice together. (John 4:36)(NASB)

This is the call of every disciple of the Lord Jesus Christ, to gather fruit for eternal life. It happens so often, unfortunately that Christian organizations, missionaries are process-oriented and not interested, do not bother about results.
Jesus spoke to Christians before His ascension to heaven, what was their responsibility:

“And Jesus came up and spoke to them, saying, “All authority has been given to Me in heaven and on earth. Go therefore and make disciples of all the nations, baptizing them in the name of the Father and the Son and the Holy Spirit,  teaching them to observe all that I commanded you; and so, I am with you always, even to the end of the age. Amen.” (Mathew 28:18-20)(NASB)

I also recommend this piece about discipleship: 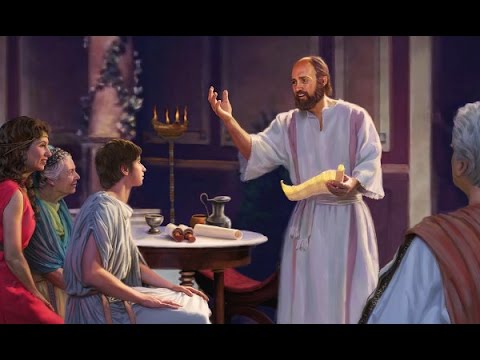 I often see Christian reports that relate to the process, but do not report on the outcome. Imagine such a farmer report: “I borrowed 100,000 lei from the bank and bought seed. I did that, that thing, and so on.” But it does not say anything about the results. You’re thinking about what this man has done so much. He wants to show that he is a very good farmer, talking only about the investments he has made, but without telling the results. A good farmer is good through the fruits. He will say, for example, that he invested 100,000 lei in the spring, and in the autumn, he returned the loan, and the gain for his work was let us say 700,000 lei. Then you can conclude that he is a good farmer, because he brought much fruit.

I often see Christian workers crashing when you ask them what the fruits are, after they have discharged all your activities. People talk about the process and do not care about the fruits. It is not good to do like that.

Imagine a doctor who boasts that he has given treatments, pills, procedures all day, but nobody was healed afterwards. What would you say about such a doctor? It is totally absurd to be proud of the process without thinking of the fruits.

That is why it is very good to ask yourself this question, to analyze whether you bring or not fruit for eternal life. Paul was very preoccupied with this. You have seen in the epistles how often he says “I fear for  that perhaps I have labored in vain.” I ask myself this question. I think of everything I do, including this message that I have prepared. Will it bring fruit for eternal life, or is it an investment in vain? I do not want to labor in vain. I want to have people to appear before Christ, people I led to Christ, people whose sanctification I have worked, to whom I have given spiritual building. If there are not such fruits, then what is the meaning of all our work?

I want to analyze each of us, how efficiently we are in the work from the perspective of the fruits, not of the process. How do I measure efficiency as a Christian in my work? By the effort I put or the result I bring? If I put a lot of effort, but there are no results, maybe something is wrong? Perhaps this effort is not justified? Maybe something needs to be changed to make all the effort to be justified?  May God help us analyze ourselves and measure our effectiveness.

You can also listen to this message in this video published on facebook: