In this article I come to respond to the following message that I have received from a reader of the portal http://www.moldovacrestina.net:

I absolutely disagree with the advice you give to those who want to marry unbelievers. Here’s what the Bible says: “But to the rest I say, not the Lord, that if any brother has a wife who is an unbeliever, and she consents to live with him, he must not divorce her. And a woman who has an unbelieving husband, and he consents to live with her, she must not send her husband away. For the unbelieving husband is sanctified through his wife, and the unbelieving wife is sanctified through her believing husband; for otherwise your children are unclean, but now they are holy. Yet if the unbelieving one leaves, let him leave; the brother or the sister is not under bondage in such cases, but God has called us to peace. For how do you know, O wife, whether you will save your husband? Or how do you know, O husband, whether you will save your wife? Only, as the Lord has assigned to each one, as God has called each, in this manner let him walk And so I direct in all the churches. Was any man called when he was already circumcised? He is not to become uncircumcised. Has anyone been called in uncircumcision? He is not to be circumcised. Circumcision is nothing, and uncircumcision is nothing, but what matters is the keeping of the commandments of God. Each man must remain in that condition in which he was called. Were you called while a slave? Do not worry about it; but if you are able also to become free, rather do that. For he who was called in the Lord while a slave, is the Lord’s freedman; likewise he who was called while free, is Christ’s slave. You were bought with a price; do not become slaves of men.

The passage refers to those already married

The biblical passage quoted by the author of the message is found in chapter 7 of Paul’s I Epistle to the Corinthians and these are verses 12 to 23. The apostle begins to address this issue two verses before and he says:

But to the married I give instructions, not I, but the Lord, that the wife should not leave her husband (but if she does leave, she must remain unmarried, or else be reconciled to her husband), and that the husband should not divorce his wife. (1 Corinthians 7:10-11)(NASB)

I want to draw the reader’s attention at the present tense of the verb “to be” used here, namely, it is written: “those who are married”. Then, it is written in the text cited by the author himself: 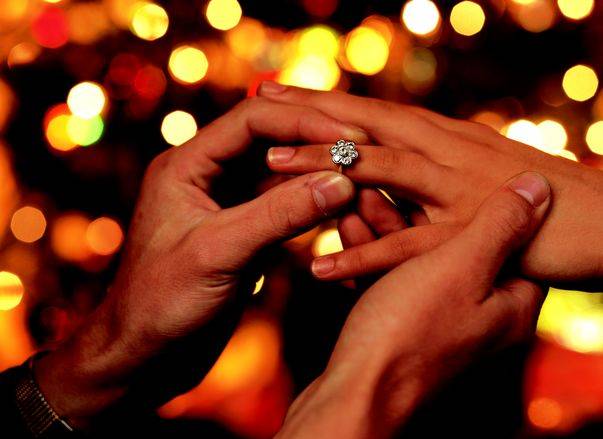 Only in the Lord

In the same chapter 7 of I Corinthians, God’s Word repeats once again that the believer can marry only another believing person, and he writes this in the end of the chapter:

A wife is bound as long as her husband lives; but if her husband is dead, she is free to be married to whom she wishes, only in the Lord. (1 Corinthians 7:39)(NASB)

God’s Word is clear and it does not have two meanings. The Christian is free to be married to whom s/he wishes, only in the Lord, only to a person who is part of the same covenant with the Lord Jesus Christ.