According to the Bible, do we have to tithe off our gross or net income? Namely, how should a farmer or a businessman tithe correctly: 1) his gross income minus his expenditure /10,   2.)his net income / 10. Which formula is correct? 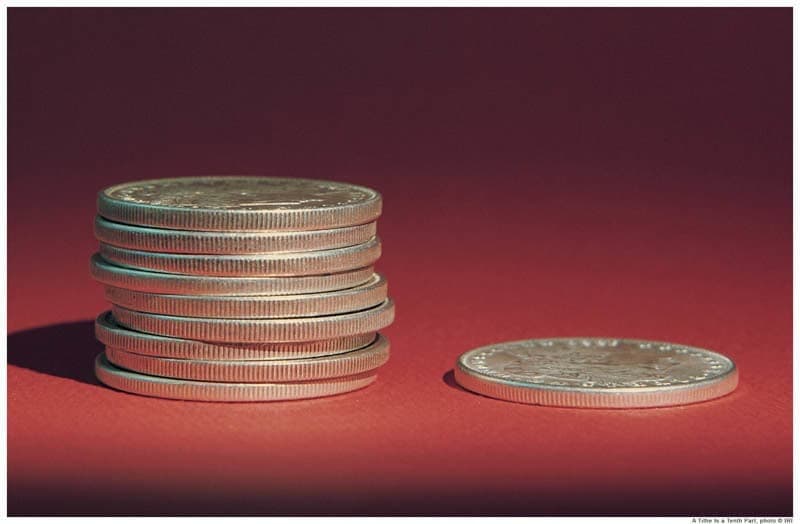 Abraham tithed from his gross income

The first mention of tithing we find in Genesis 14, when Abraham chased Chedorlaomer and the kings who came with him and conquered Sodome and took Lot and his family in captivity. Abraham took his arms and his servants and chased those kings, conquered them and freed Lot and other prisoners. As the conqueror of Chearolaomer and the other kings, all the trothy belonged to Abraham.

Then after his return from the defeat of Chedorlaomer and the kings who were with him, the king of Sodom went out to meet him at the valley of Shaveh (that is, the King’s Valley).  And Melchizedek king of Salem brought out bread and wine; now he was a priest of God Most High. He blessed him and said, “Blessed be Abram of God Most High,  Possessor of heaven and earth;  And blessed be God Most High, Who has delivered your enemies into your hand.” He gave him a tenth of all. (Genesis 14:17-20)

Abraham did not stand in front of Melchizedek to count his expenditure in that military campaign and did not remove it from the cost of the trophy and then tithe from what was left. He tithed the whole trophy, which means his gross income.

Children of Israel tithed from their gross income

The book of Leviticus presents the first mention of God’s commandment to Israel about tithing. Here is what God says:

‘Thus all the tithe of the land, of the seed of the land or of the fruit of the tree, is the Lord’s; it is holy to the Lord. If, therefore, a man wishes to redeem part of his tithe, he shall add to it one-fifth of it. For every tenth part of herd or flock, whatever passes under the rod, the tenth one shall be holy to the Lord. He is not to be concerned whether it is good or bad, nor shall he exchange it; or if he does exchange it, then both it and its substitute shall become holy. It shall not be redeemed.’” (Leviticus 27:30-33)

Israeli people had to give their tithe from the land, therefore from all the crop, without removing the costs of the seed, the labor and fertilizer expenditure etc. The Word of God was very clear about tithing, they had to give it from everything that grew on their land and from their flocks as well. So we can conclude firmly that God’s command about tithing was to give it from the gross income.

Lord Jesus did not abolish the tithe

When He rebuked the Pharisees, Lord Jesus said:

“Woe to you, scribes and Pharisees, hypocrites! For you tithe mint and dill and cummin, and have neglected the weightier provisions of the law: justice and mercy and faithfulness; but these are the things you should have done without neglecting the others. (Mathew 23:23)

The Pharisees strictly respected the practice of tithing, but neglected the most important things of the Law that depended on the attitude of their heart. They were more preoccupied with outer things than with inner things of the heart. That’s why the Word of God teaches that…

Each one must give as he has purposed in his heart

The New Testament has not much teaching about tithing, but Lord Jesus and the apostles taught a lot about generosity. Chapters 8 and 9 from 2 Corinthians are dedicated to this subject. The apostle Paul highlighted a key principle about the believer’s generosity in his relationship with God:

Each one must do just as he has purposed in his heart, not grudgingly or under compulsion, for God loves a cheerful giver.” (2 Corinthians 9:7)

If you give 10% from your gross income or from your net income, and you do it grudgingly, you are not pleasing to God at all. He gives us all things abundantly so that we may enjoy them. God wants us to give rejoicingly.  Chapter 8 of 2 Corinthians begins with a wonderful testimony about the Christians in Macedonia:

Now, brethren, we wish to make known to you the grace of God which has been given in the churches of Macedonia,  that in a great ordeal of affliction their abundance of joy and their deep poverty overflowed in the wealth of their liberality.  For I testify that according to their ability, and beyond their ability, they gave of their own accord, begging us with much urging for the favor of participation in the support of the saints, and this, not as we had expected, but they first gave themselves to the Lord and to us by the will of God. (2 Corinthians 8:1-5)

May God help us follow their example and give ourselves fully to the Lord and, then, we will be able to give from our belongings with a cheerful heart for the furtherance of the Gospel and as an act of worship to God! So help us God!