In some countries, authorities issue laws prohibiting the preaching of the Gospel. How do these laws fit with the commandment of the Lord Jesus Christ to go and teach all the nations? Should the Christian obey human law or the command of Jesus Christ as more important?

Since the beginning of the Church, the Gospel has been preached in a hostile and full of persecutions context. When Peter and John healed the man, who had been lame from his mother’s womb and who was sitting at the gate of the Temple in Jerusalem, there was a great evangelization on this occasion, and many people believed in Jesus Christ. Also the local authorities represented by the Council, namely the Sanhedrin, took notice too. At the confrontation that followed when Peter and John were brought before the Council, the apostles took the opportunity to proclaim the message of the Gospel to the people from the Council as well. That’s what their thinking was – anything that happens is a possibility that God gives you to proclaim the Gospel. After listening to the message, the Council consulted and commanded the apostles to stop talking and no longer teach anyone in the name of Jesus.

“Whether it is right in the sight of God to give heed to you rather than to God, you be the judge; for we cannot stop speaking about what we have seen and heard.” (Acts 4:19-20)(NASB)

This is the answer that must reflect the attitude and thought of all Christians, from all times and from all countries. This answer of the apostles also holds the answer to the question that has been addressed. We must obey God more and our Lord Jesus Christ, who is the King of kings and Lord of lords. 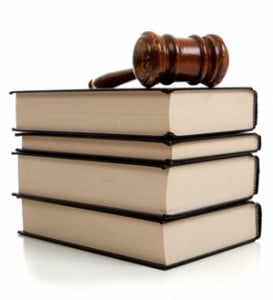 I know that many come to tell us that we also have the obligation to obey the authorities because they were ordained by God. Yes, we have to obey the authorities in what is good, but not when they ask us to do something that is against the Word of God or when they forbid us to preach about Jesus Christ. Wiith regard to the words of Jesus, who said that we should render to Caesar the things that are Caesar’s, let us not forget that He also said to render to God the things that are God’s. At the beginning of Psalm 58 the author asks, “Do you indeed in silence speak righteousness?”

It is sad to see some Christians succumbing to their laziness and slothfulness to proclaim the Gospel, saying that they are obeying the laws of the state, etc. Shouldn’t the law of Christ be more important to them?

In the communist countries, Christians suffered great persecutions, and many of them were martyred. Pastor Richard Wurmbrand had been 14 years in prison with others who had not listened to government bans regarding the preaching of the Gospel. Pastor Wurmbrand tells how, being in prison, he preached in cells, and the guards banned them. If they heard them preaching, they pulled them out and beat them very cruelly.

The pastor confessed that he had seen many times how one of the brothers was caught by the guards as he was preaching, after which he was beaten with bestiality and brought back to the cell soaked in blood. Then the brother rose from below, wiped his blood, and said, “And where did I stop in my message? Let’s continue…”. Through such people, the message of the Gospel has come to us, and these people will be crowned with glory in the kingdom of our Great King Jesus Christ who said:

“Behold, I send you out as sheep in the midst of wolves; so be shrewd as serpents and innocent as doves. But beware of men, for they will hand you over to the courts and scourge you in their synagogues; and you will even be brought before governors and kings for My sake, as a testimony to them and to the Gentiles. But when they hand you over, do not worry about how or what you are to say; for it will be given you in that hour what you are to say. For it is not you who speak, but it is the Spirit of your Father who speaks in you. (Matthew 10:16-20)(NASB)

“Therefore do not fear them, for there is nothing concealed that will not be revealed, or hidden that will not be known. What I tell you in the darkness, speak in the light; and what you hear whispered in your ear, proclaim upon the housetops. Do not fear those who kill the body but are unable to kill the soul; but rather fear Him who is able to destroy both soul and body in hell. Are not two sparrows sold for a cent? And yet not one of them will fall to the ground apart from your Father. But the very hairs of your head are all numbered. So do not fear; you are more valuable than many sparrows. “Therefore everyone who confesses Me before men, I will also confess him before My Father who is in heaven. But whoever denies Me before men, I will also deny him before My Father who is in heaven. Do not think that I came to bring peace on the earth; I did not come to bring peace, but a sword”. (Matthew 10:26-34)(NASB)

Not to confess the Lord Jesus before men means to deny Him. Let us be faithful to our Savior and confess Him to the people so that He confess us before His Father, too.