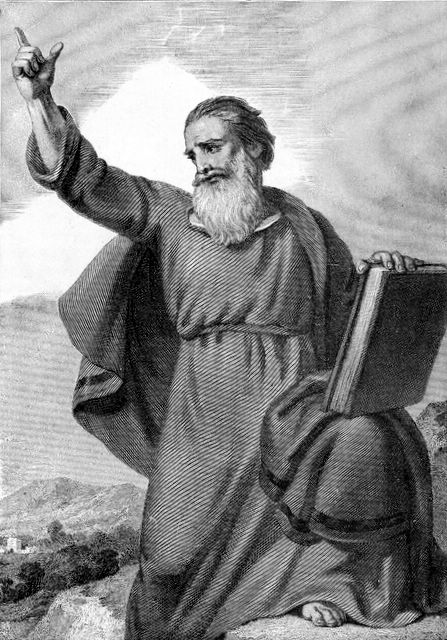 Yesterday I visited a forum for families, and when I wanted to post a comment and a link to an article where I have written about contraception, I was surprised to see how some so called Christians show contempt to their priests. What should a priest do when he feels disconsidered and unppreciated? Let him see where his adequacy comes from. The third chapter of the second Epistle of Paul to Corinthians is about the adequacy of the Christian worker.

Apostle Paul went to Corint, a very immoral city, and preached the Gospel there, planted the church and made disciples. After he left, some bad workers came, and they pretnded to be real apostles. These bad people assumed Paul’s merits and they began to speak against the Apostle, making the Corinthians disconsider him in their hearts. Paul had plans to come back to Corint, but because of some unexpected events, he didn’t manage to come in time. This made the Corinthians disconsider him even more and they lost their respect for their spiritual parent.

Apostle Paul begins the third chapter in this way:

Are we beginning to commend ourselves again? (2 Corinthians 3:1)(NASB)

He said this connected with the things written in the second chapter, when he explained why he was late to come to Corint. He also adds in the end of this chapter a reality that one can misinterpret and consider as a personal praise. The Apostle writes:

But thanks be to God, who always leads us in triumph in Christ, and manifests through us the sweet aroma of the knowledge of Him in every place. For we are a fragrance of Christ to God among those who are being saved and among those who are perishing; to the one an aroma from death to death, to the other an aroma from life to life and who is adequate for these things? For we are not like many, peddling the word of God, but as from sincerity, but as from God, we speak in Christ in the sight of God. (2 Corinthians 2:14–17)(NASB)

Those who peddle the Word of God commend themselves

Do we need, as some, letters of commendation to you or from you? (2 Corinthians 3:1)(NASB)

These workers were not making disciples, they just came after Paul to take financial profit from the apostle’s work and to destroy God’s ministry. That’s why, they needed letter of commendation wherever they were coming to assert themselves, and when they were leaving they were asking for other letters of commendation. They didn’t have any work to commend them.

The Gospel is the power of God for the salvation of the one who believes. When Paul and other workers from his team came to Corint, they did not peddle the word of God, but as from sincerity, but as from God, they spoke in Christ in the sight of God. This Gospel was preached with sincerity, and it brought salvation and transformation in Corinthians’ lives. That’s why, they are the proof of Paul’s adequacy, as he writes:

You are our letter, written in our hearts, known and read by all men. (2 Corinthians 3:2)(NASB)

Saved and transformed Corinthians are the proof of the apostleship and adequacy of Paul and of other workers. Paul also adds:

Being manifested that you are a letter of Christ, cared for by us, written not with ink but with the Spirit of the living God, not on tablets of stone but on tablets of human hearts. Such confidence we have through Christ toward God. (2 Corinthians 3:3–4)(NASB)

Are you an able worker of God? What is the proof of your adequacy? Do you look for His appreciation or only for people’s?

How do you behave with the capable workers of God who served you and continue to serve you through the Gospel? Are you thankful to them? Or have you disconsidered them?

How do you behave with other workers of the Gospel? Isn’t it that you assume the merits and results of their work to assume their adequacy?