Why did Jesus command His disciples not tell anyone that He is the Christ? 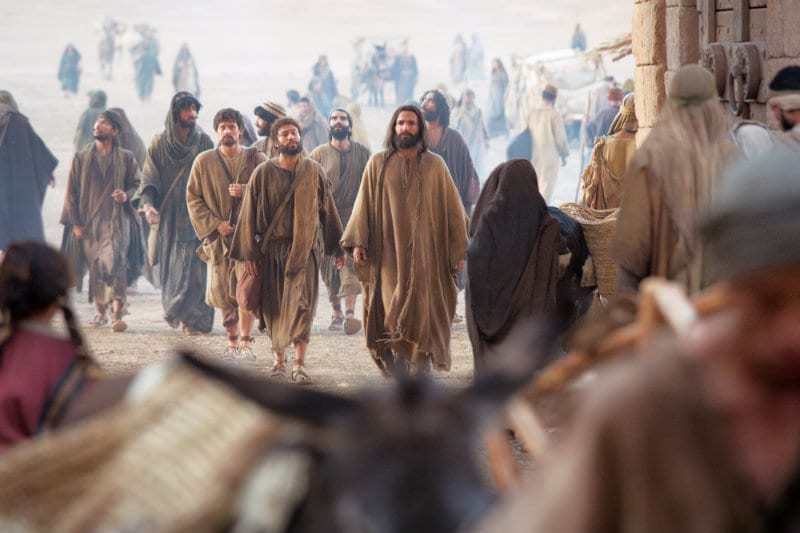 Now when Jesus came into the district of Caesarea Philippi, He was asking His disciples, “Who do people say that the Son of Man is?” And they said, “Some say John the Baptist; and others, Elijah; but still others, Jeremiah, or one of the prophets.” He said to them, “But who do you say that I am?” Simon Peter answered, “You are the Christ, the Son of the living God.” And Jesus said to him, “Blessed are you, Simon Barjona, because flesh and blood did not reveal this to you, but My Father who is in heaven. I also say to you that you are Peter, and upon this rock I will build My church; and the gates of Hades will not overpower it. I will give you the keys of the kingdom of heaven; and whatever you bind on earth shall have been bound in heaven, and whatever you loose on earth shall have been loosed in heaven.” Then He warned the disciples that they should tell no one that He was the Christ. From that time Jesus began to show His disciples that He must go to Jerusalem, and suffer many things from the elders and chief priests and scribes, and be killed, and be raised up on the third day. (Matthew 16:13-21)(NASB)

All three evangelists who reported this case communicate us that the event happened after Jesus multiplied five loaves and two fish, so that He fed a large crowd of people that numbered 5000 men. By this miracle, Jesus wanted to show them all that He is the Bread of Life which came down from heaven to give eternal life to the world, i.e He is Christ. People, however, focused less attention on this, but they searched Him to make Him king and to always give them the daily bread without having to work. The Gospel of John tells more about this. So it was with others who came to be healed. Most of them searched Jesus as they sought to solve their urgent needs and problems related to their earthly life and small was the number of those who understood that Jesus is the Savior of the world and the One who brings the gift of eternal life. You will find several times on the pages of the New Testament that Jesus commanded those whom He had healed not to tell anyone about it. Because others were coming to Him to be healed when they came to Him, even if they were listening the teaching about the Kingdom of Heaven, their ears did not hear and their eyes could not see, because they had only one interest – to be healed bodily.

The Pharisees and Sadducees came to test Jesus

After Jesus fed such a large crowd with only two fish and five loaves, it was expected that people understand that He is Christ and seek salvation. At least, it was expected of those who knew the Scriptures, among them were the Sadducees and Pharisees. But here’s what they did when they learned how Jesus multiplied the loaves and fish:

The Pharisees and Sadducees came up, and testing Jesus, they asked Him to show them a sign from heaven. But He replied to them, “When it is evening, you say, ‘It will be fair weather, for the sky is red.’ And in the morning, ‘There will be a storm today, for the sky is red and threatening.’ Do you know how to discern the appearance of the sky, but cannot discern the signs of the times? An evil and adulterous generation seeks after a sign; and a sign will not be given it, except the sign of Jonah.” And He left them and went away. (Matthew 16:1-4)(NASB)

When the Scripture says that the Pharisees and Sadducees came up testing Him, it means that they came to Jesus to make Him do something and after that they would blame Him and be able to condemn Him to death, what they did latter.

Lord Jesus did many works and gave a lot of teaching that clearly explained that He is the Christ, the Son of God. But people did not pay attention and did not seek to understand this. If the disciples were beginning to tell the crowd that Jesus is the Christ, it would just have caused greater anger of those who sought to kill Him.

Major evidence were to come

When Scripture tells us that Jesus commanded His disciples not to tell anyone that he was the Christ, the next verse says:

From that time Jesus began to show His disciples that He must go to Jerusalem, and suffer many things from the elders and chief priests and scribes, and be killed, and be raised up on the third day. (Matthew 16:21)(NASB)

So, the strongest arguments which had to prove that Jesus is the Christ, the Son of God, were to happen. We know about them from the Scriptures.

Do you believe, dear reader, that Jesus is the Christ, the Son of God? When did you come to Him and what for? Is it not just to solve your daily problems and to fulfill your earthly needs? He wants to offer more and is interested in your eternity. Therefore He died at the cross of Calvary, to make atonement for your sins and then, only by faith, you can inherit the gift of eternal life. God help you understand better that Jesus is the Christ, to believe in Him, to repent from your heart and be saved you and your home.