Is there any passage in the Bible that tells about Jesus going to Hades after His resurrection to preach to the dead? 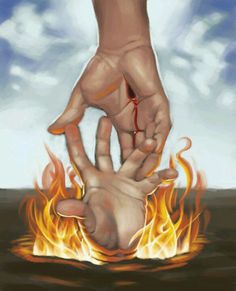 For Christ also suffered for sins once for all, an innocent person for the guilty, so that he could bring you to God. He was put to death in the sphere of the flesh but was made alive in the sphere of the spirit, in which he went and made a proclamation to those imprisoned spirits who disobeyed long ago in the days of Noah, when God waited patiently while the ark was being built. In it a few, that is, eight persons, were saved by water. ( 1 Peter 3:18-20)

According to this passage our Lord Jesus has been to Hades to preach to its inhabitants, and namely to those who lived on this Earth before the flood. We also know that Lord Jesus died in his flesh, and then, 3 days after his crucifixion, he arose in the same flesh. The text mentions that the Savior went in spirit to preach to the spirits of the people who were in Hades.

Lord Jesus did everything for the salvation of men

Even the period that lasted from his crusifixion and resurrection in the spirit until his resurrection in the flesh, Lord Jesus used it to take the Gospel to those who were in Hades. There has never been anything like that, neither before, nor ever after. May no one understand from this, that if you do not accept God today, you may have the chance to do it in the other world. It’s not going to happen.

Do not despise the kindness of God

He continues to give us the opportunity to make peace with Him, by faith in His Son Jesus, while we are on this Earth. That’s why He asks through the apostle Paul in the epistle to Romans:

Or do you think so little of the riches of his kindness, forbearance, and patience, not realizing that it is God’s kindness that is leading you to repentance?But because of your stubborn and unrepentant heart you are storing up wrath for yourself on the day of wrath, when God’s righteous judgment will be revealed.For he will repay everyone according to what that person has done. ( Romans 2:4-6)

Do not stay indifferent towards the destiny of your soul. Repent and believe in the Gospel.