The person of Lord Jesus is very much spoken about. Some believe He was a prophet, others think He was a great man, a powerful leader. The Gospel of John presents us the Lord Jesus as the Son of God and the Son of Man and as God incarnate.

The purpose the evangelist wrote this Gospel can be found in chapter 20:30-31:

And many other signs truly did Jesus in the presence of his disciples, which are not written in this book:  But these are written, that ye might believe that Jesus is the Christ, the Son of God; and that believing ye might have life through his name.

I want us to look how chapter I of the Gospel of John presents the Lord Jesus as the Son of God and the Christ, meaning, that He is promised by God through the prophets in the Holy Scriptures. 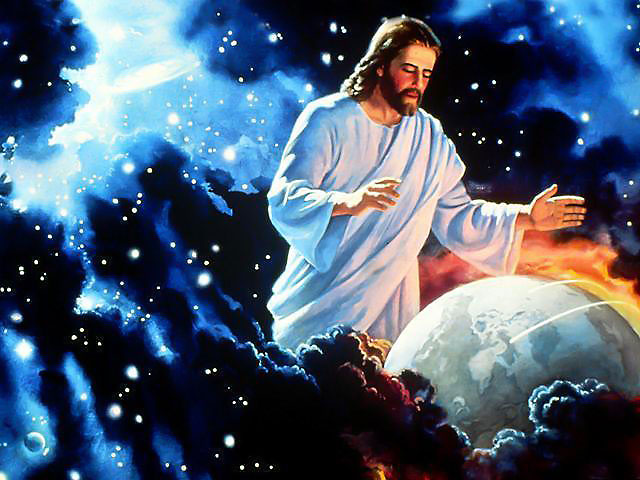 In the first 18 verses of chapter 1 of the Gospel of John, the author speaks of the Word presenting Him as: God (John 1: 1-2) at the beginning (at the beginning of creation He was or was already there) (John 1: 1) , The Creator (John 1: 3, 10), the life of men (John 1: 4), the Savior (John 1: 12-13). Verse 14 tells us that “And the Word became flesh, and dwelt among us, full of grace and truth. And we looked upon His glory, a glory just as the glory of the only begotten of the Father. “So the Word that is God, the Creator, the Savior, became flesh. Attention is drawn to the phrase “and dwelt among us, full of grace and truth,” for in verse 17 he writes “For the law was given by Moses, but grace and truth came through Jesus Christ …”, pointing out that The Word, spoken of above and made flesh, is the Lord Jesus Christ.

In this chapter we also have the testimony of John the Baptist about Jesus. He confesses about the Lord Jesus that he did not know Him, but it was precisely for this that he was sent to baptize with water so that the Son of God could be made known to Israel. God gave him a sign to know Him: “The one upon whom you see the Spirit descending and stopping is the one who baptizes with the Holy Spirit” (John 1:33). And in the next verse, John testifies, “And I saw this, and I testified that He is the Son of God.” In verses 15, 27 and 30, John the Baptist testifies of Jesus coming after him, but he is before him, because Was before him. By this, John the Baptist points to the pre-existence of the Lord Jesus: for though the Lord Jesus was born after John and began his ministry after John, yet He existed before John the Baptist was conceived, as we saw in the first verse of chapter 1 “He was at the beginning,” that is, at the beginning of creation, He being the Creator, as it is written, “and nothing that was done was done without him” (John 1: 3). In verse 23 John the Baptist himself testifies that he is “the voice of the one crying in the wilderness:“Make straight the way of the Lord,”as the prophet Isaiah said,“showing that Jesus, who comes after him, is the Lord, that is, God. We further see that John the Baptist directs his disciples to Jesus, confessing that Jesus is “the Lamb of God who takes away the sin of the world” (John 1: 26,29).

Jesus Christ – The Son of Man

Let’s see what the Scriptures say about the family and the place where the Christ was born (the Messiah – the One who was promised). In the Old Testament the word “Messiah” we meet once in Daniel 9:25. But instead, the Old Testament often refers to “a seed” that according to Galatians 3:16 is the Christ. The first reference to the promised seed is found in Genesis 3:15, where we see that it is the seed of the woman who will crush the serpent’s head. Then in Genesis 22: 16-18 we see that God promises to Abraham that “All nations of the earth will be blessed in your seed.” Abraham had several sons, but God specifies in Genesis 17:19, 21:12 that the seed will come out of Isaac, the son born of the promise of Sarah. Isaac also had two sons, but again the Scriptures show us specifically that the seed will come from Jacob (Genesis 28: 10-14). Jacob had 12 sons, but Genesis 49:10 specifies that the Messiah will come out of Judah. Thousands of families came out of Judah, but in Isaiah 11: 1-2 again it is specified that the Promised One will come out of Jesse Bethlehemite, who has 8 sons. In 2 Samuel 7: 8-16 we see that the One promised by God would be born in the house of David, the youngest son of Jesse. Matthew 1: 18-25 speaks of the birth of Jesus. From verse 20 we see that Joseph, in whose house the Lord Jesus was born, is “the son of David” (that is, from the house of David). We see that our Lord Jesus Christ was born in the family about which the Scriptures wrote that the Promised One will be born. Also from Matthew 1: 18-25, we see that the birth of the Lord Jesus was fulfilled and the prophecy of Isaiah 7:14, which says, ” a virgin shall be with child, and shall bring forth a son, and they shall call his name Emmanuel, which being interpreted is, “God with us”. (Through this we see again that in the Person of the Lord Jesus, God is with us). According to Mica 5:2 the promised One was to be born in Bethlehem of Judah. Even though Jesus grew up in Nazareth, the city where he lived and his mother until she married (Luke 1: 26-27), yet He was born in Bethlehem of Judah; as we see in the Gospel of Luke according to 2: 1-7.

In Romans 1: 3-4 the apostle Paul writes that the Gospel of God

“Look upon his Son, born of the seed of David, concerning the flesh, and concerning the spirit of holiness, which is firmly proved to be the Son of God by the resurrection of the dead, that is, Jesus Christ our Lord …”

Here, dear ones, we see how important knowledge is, which we have now found in the proclamation of the Gospel! In fact, the deity of the Lord Jesus must be the core message when we share the Gospel, for only the faith that Jesus is the Son of God and the Christ can save us. And here I would also like to add that faith (from the definition of the word used in Greek) implies knowledge of truths, the recognition of what you have known and the unwavering assurance of the things you have recognized. So you see how important it is to study the Bible. May the Lord help us to persist in studying the Scriptures and to pass on to others the truths that can give life to those who receive them.