I have read several of your articles and I have a question: Is it written somewhere in the Bible if it is a sin or not to not marry?

It is well known to anyone who has read the Scriptures, that God is the author of marriage. But in this article the question is more about the opposite situation, when someone does not get married.

Do not be influenced by the thinking of the world

I do not know why people generally consider as a punishment from God or a curse when someone does not get married. Then, because of this thinking they begin to pity those who remain unmarried for the rest of life. Some men, but more often women, agree to marry just because that pressure is put on them and everywhere they are asked by friends, colleagues, relatives, parents, why they do not marry. I have recently heard from a young Christian girl how her parents told her to come home only when she found a man who would marry her. Can you imagine the pressure that these parents put on their girl? Be wise and neither put such a pressure on someone nor pity anyone for she is not married. And once you are the unmarried person and experience such a pressure from those around them, do not make choices and take decisions because of these pressures. 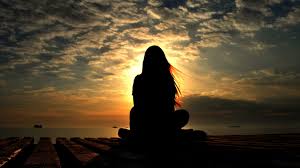 A gift from God

The Apostle Paul, who is not mentioned in the Bible as having been married, when he addressed the issue, wrote:

Yet I wish that all men were even as I myself am. However, each man has his own gift from God, one in this manner, and another in that. But I say to the unmarried and to widows that it is good for them if they remain even as I. But if they do not have self-control, let them marry; for it is better to marry than to burn with passion. (1 Corinthians 7:7-9)(NASB)

The apostle says very clearly that to not get married and stay single to serve the Lord effectively, is a gift from Him. Even more, Paul says that he wants all men to be like him, that means to serve God without being married and to be able to restrain to not burn under the pressure of unfulfilled sexual desire.

Eunuchs are men of old times who were servants of the kings, and who were castrated so that they could not create families and be totally loyal and dedicated to kings. Once, after Jesus had had a discussion with the Pharisees about divorce and the responsibility of every person entering into marriage…

The disciples said to Him, “If the relationship of the man with his wife is like this, it is better not to marry.” But He said to them, “Not all men can accept this statement, but only those to whom it has been given. For there are eunuchs who were born that way from their mother’s womb; and there are eunuchs who were made eunuchs by men; and there are also eunuchs who made themselves eunuchs for the sake of the kingdom of heaven. He who is able to accept this, let him accept it.” (Matthew 19:10-12)(NASB)

This passage confirms once again that to remain unmarried is a gift from God and not everyone has been given it. Then, it also says that there are eunuchs who were born that way, i.e. there are men who were born without having the need for sexual fulfillment to marry. This is not a shame for them, because this has been given them from God. When He speaks about eunuchs made by men, He refers to those who have been castrated.

The last category listed here, unlike the first two, are those who choose to be eunuchs for the sake of the kingdom of heaven. They are the ones who have learned to restrain as to not burn under the pressure of the unfulfilled sexual desire and have made that choice so that they could fully devote themselves to the service of God. Those who can receive this thing, male or female, is encouraged by the Lord Jesus to receive it.

Celibacy is not a condition for salvation

Because there were some sly people who were spreading destructive heresies, the Apostle Paul wrote to his beloved disciple, Timothy, thus:

But the Spirit explicitly says that in later times some will fall away from the faith, paying attention to deceitful spirits and doctrines of demons, by means of the hypocrisy of liars seared in their own conscience as with a branding iron, men who forbid marriage and advocate abstaining from foods which God has created to be gratefully shared in by those who believe and know the truth. For everything created by God is good, and nothing is to be rejected if it is received with gratitude; for it is sanctified by means of the word of God and prayer. In pointing out these things to the brethren, you will be a good servant of Christ Jesus, constantly nourished on the words of the faith and of the sound doctrine which you have been following. But have nothing to do with worldly fables fit only for old women. On the other hand, discipline yourself for the purpose of godliness; for bodily discipline is only of little profit, but godliness is profitable for all things, since it holds promise for the present life and also for the life to come. (1 Timothy 4:1-8) (NASB)

Over the centuries many false teachers tried to teach that marriage is a sin and that those who are married can not enter the kingdom of heaven. Apostle Paul wrote that just to counter such a doctrine.

To get married or not to get married does not play any role in the salvation of our soul, which can be achieved only through faith in Jesus Christ.