How to reply to a person who says that man is a limited creature and no person knows which the true faith is (which church to attend, the creed, the baptism) in the end, because everyone interprets the Bible for their own benefit, to argue the authenticity of the church which they attend (the Orthodox, Protestant, Jewish, Jehovist, Baptist, etc.). What to answer when he says that everyone is praying to the same God, they only treat Him differently, that any leader of any church will respond to the verse that says “there is only one faith, one Lord, one baptism” that it refers to the church which he leads, that he will use this verse to convince that only where he is the true faith is also. Also, how to reply and how to talk to a person who says that the Baptist church can not be the only way to God, because this church was formed since 1600 and therefore, if it is the only correct way, how could God let people who had lived before in darkness and ignorance? 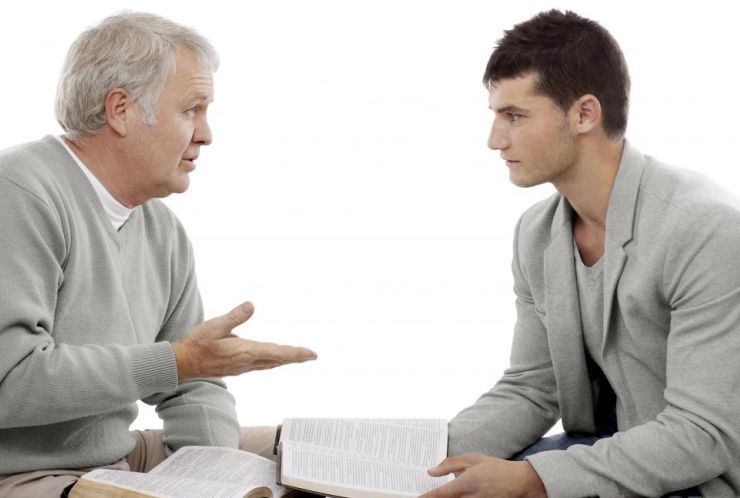 There are four errors in this message that are believed and spoken most often by the people who resist faith.

Error 1: Man is a limited being and he can not know the true faith

It is true that man is a limited being and by his own efforts he will never know the real faith.Moreover, all peoples seek God and due to their desire to know Him, they have invented thousands and thousands of religions, but they never reached the knowledge of the true faith. That is why, God sent His Son Jesus Christ to tell us the gospel, as through it we could know what the true faith is.In the beginning of the Epistle to Romans Apostle Paul writes:

Paul, a bond-servant of Christ Jesus, called as an apostle, set apart for the gospel of God, which He promised beforehand through His prophets in the holy Scriptures, concerning His Son, who was born of a descendant of David according to the flesh, who was declared the Son of God with power by the resurrection from the dead, according to the Spirit of holiness, Jesus Christ our Lord, through whom we have received grace and apostleship to bring about the obedience of faith among all the Gentiles for His name’s sake, among whom you also are the called of Jesus Christ. (Romans 1:1-6)(NASB)

True faith, which can save us, is the faith in the Gospel and the Gospel is the power of God for salvation (rescue) of everyone who believes.The Gospel is revealed in the Holy Scriptures.Those who want to know the true faith should study the Holy Scriptures. And if it seems too difficult for them to study them, at least to read the whole Bible in its entirety, but to read it carefully.

Error 2 – All interpret the Bible for their own benefit

It is true that there are many people who misinterpret the Bible for their own benefit, or for a dirty gain. It happened in old times and it happens today. But not all are alike.There are sincere Christians and pious priests, who fear God, who preach and teach people the Gospel of Jesus Christ and deal with God’s Word with all seriousness and purity, as Apostle Paul also did, when he wrote this:

For we are not like many, peddling the word of God, but as from sincerity, but as from God, we speak in Christ in the sight of God. (2 Corinthians 2:17)(NASB)

Every true servant of God will defend and preach the truth of the Gospel as it is written in the Bible.

Error 3 – All people and all religions worship the same God

It is not true.If it were so, then why God would condemn idolatry so much.In the first of the Ten Commandments, He says:

Then God spoke all these words, saying, ”I am the LORD your God, who brought you out of the land of Egypt, out of the house of slavery. You shall have no other gods before Me.” (Exodus 20:1-3)(NASB)

Jehovah’s Witnesses and Muslims do not worship the same God whom we worship, because in the beginning they deny the person and the being of God, when they deny the doctrine of the Holy Trinity.The true God is made known to people by His Word written on the pages of the Holy Scriptures and those who accept the entire doctrine of the Bible, not distorting it in any way, are those who worship Him.

Error 4 – Only one church is the true way to God

Not the church, but the Lord Jesus Christ is the only way to God, as He stated when He said:

The Church is called to preach the gospel of salvation and to preach Jesus Christ-the only way to God. Not us, not our doctrine, but Jesus Christ, to make His person and work known to people. With the coming of the Lord Jesus on earth, the Light came into the world and the Church of all ages were called to bring this light. The failures and the dark periods of the Church history have given rise to new reforms, movements, and denominations who proposed to bring light and truth. How much they have succeeded, we have to judge for ourselves in the light of Holy Scriptures which contains the Gospel’s message and that have remained unchanged.

Let us believe in the Gospel to be saved.