The news about the two leaders of Hillsong Church’s choir from New York city who declared themselves gays and they are going to get married next year brought sorrow to all the cristians. The statements of the pastors from Hillsong added to sorrow. Hillsong Church is a Pentecost Megachurch that activates in 15 countries and meets over 100.000 people. In Moldova I do not know a Hillsong Church, but in many neo-protestant churches you can listen at worshiping songs that were composed at Hillsong and now they are being translated in many languages, including romanian and russian.

In the meantime, the founding pastor of the Hillsong Church from Australia, Brian Houston, published on his blog an article in which he presents his official position to homosexuality and their marriages. The article appeared under the title: ”Do I love gay people?” 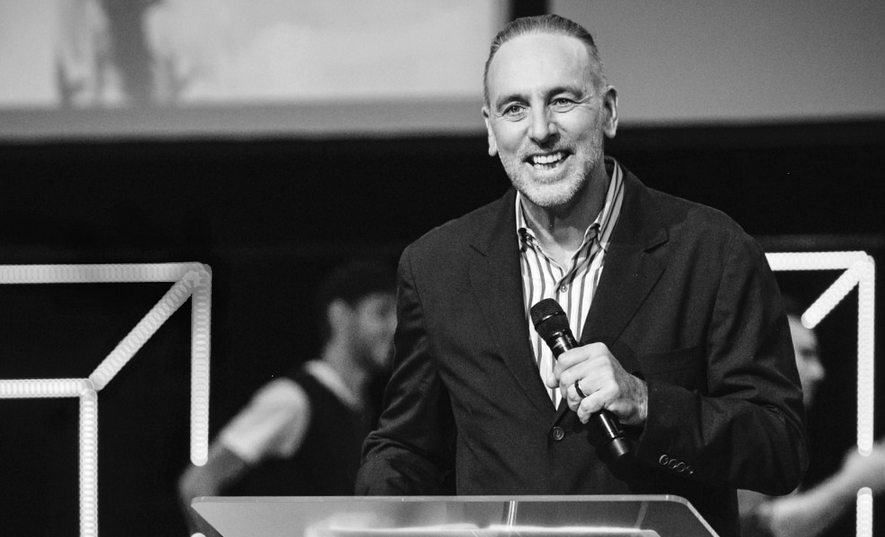 Brian Houston starts his article with the affirmation that he loves people and that he cares that humanity and some within the Christian church can be so quick to alineate and ostracise others. Then he says he remains in the official position of the Church to the homosexual lifestyle and to the gay marriage. He also says:

”I do believe God’s word is clear that marriage is between a man and a woman. The writings of the apostle Paul in scripture on the subject of homosexuality are also clear, as I have mentioned in previous public statements.”

Then he also says:

”Hillsong Church welcomes ALL people but does not affirm all lifestyles.”

What does this mean? Even where can acceptance go and where does it stop? The answer is below and bothers every christian.

”So if you are gay, are you welcome at Hillsong Church? Of course! You are welcome to attend, worship with us, and participate as a congregation member with the assurance that you are personally included and accepted within our community. But (this is where it gets vexing), can you take an active leadership role? No.”

The pastor Brian Houston says one but does something else. He says that he remains on the positions of the Scriptures and church regarding at homosexuality, but his affirmations shows that he departed and wants to please people more than God. Would Paul proceed the same if he was to hear that two of the choir leaders decided to get married? Chapter 5 from the Epistle I by Paul to Corinthians clearly shows how whould Paul proceed. Being far, the Corinthians came to Paul of Cloe and told him that in the Church of Corinth happened a case of fornication, case that is not tolerated even among pagans, for a man from the members of the church lived with his father’s wife, his step-mother. When Paul heard it, he immediately took action because he loved the one who sinned and he loved all people from the church and he wrote them:

”It is actually reported that there is sexual immorality among you, and of a kind that is not tolerated even among pagans, for a man has his father’s wife. And you are arrogant! Ought you not rather to mourn? Let him who has done this be removed from among you. For though absent in body, I am present in spirit; and as if present, I have already pronounced judgment on the one who did such a thing. When you are assembled in the name of the Lord Jesus and my spirit is present, with the power of our Lord Jesus, you are to deliver this man to Satan for the destruction of the flesh, so that his spirit may be saved in the day of the Lord. Your boasting is not good. Do you not know that a little leaven leavens the whole lump? Cleanse out the old leaven that you may be a new lump, as you really are unleavened. For Christ, our Passover lamb, has been sacrificed. Let us therefore celebrate the festival, not with the old leaven, the leaven of malice and evil, but with the unleavened bread of sincerity and truth. I wrote to you in my letter not to associate with sexually immoral people–not at all meaning the sexually immoral of this world, or the greedy and swindlers, or idolaters, since then you would need to go out of the world. But now I am writing to you not to associate with anyone who bears the name of brother if he is guilty of sexual immorality or greed, or is an idolater, reviler, drunkard, or swindler–not even to eat with such a one. For what have I to do with judging outsiders? Is it not those inside the church whom you are to judge? God judges those outside. “Purge the evil person from among you.” (1 Corinthians 5:1-13)

who put them in this service, are bound in front of Christ immediately to take action and to excommunicate those two worship leaders who serve in the choir of the church. And then he must make clear affirmations regarding homosexuality, without saying ”bedtime stories” to gays and to the rest of the people. If he says that he agrees with everything Paul said, then he must speak to the people clear and outrightly, as Paul did when he wrote:

Let us pray for pastors Brian Houston and Carl Lentz to repent, to come back to the calling they have from Christ and to do their service with sincerity, to seek to please the Saviour and not people. Let them realize well that if they leave now this little leaven will leaven the whole lump which is composed not only of the over 100,000 people who come to worship at Hillsong churches but also from those who are following them in the whole earth and those who believed and who think that they spread the Word of God. The challenge that the ministers from Hillsong are passing through, will come earlier or lately upon all the ministries of the Gospel from west countries and not only. May God help us to stay strong when the times of this confrontation for us will come.