I have a problem which tortures me so much. My father is very abusive to my mother. This year, on March 8, they argued and, as usual, my father began to beat my mother, so that he broke her hand. My mother went to the hospital, but she did not want to admit that my father did it, because she feared that if she said something, she would get a better beating or, God forbid, worse … When my dad saw the plaster said that it still was less, next time she would get even more … I am currently abroad, but I was told all these by my mother and sister, and when I asked them why they did not call the police, they said that they were afraid of my father. And indeed, here I have very negative emotions, particularly knowing that my mother stays at home alone, helpless, is 50 years old and sick … Tell me, please, what can be done? If we announce the police what will the consequences be? Who guarantees that after the police leaves, my father will not beat my mom again as a punishment? Please, help us with an advice. We are desperate! 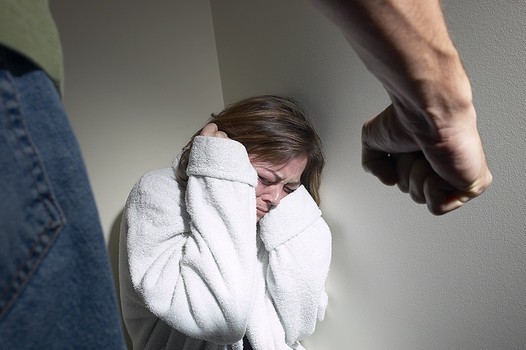 The fact that your father broke your mother’s hand and she did not say anything at the hospital or at the police, encouraged your father to be even more abusive.He sees himself “powerful” to do any bad thing he likes, because you are paralyzed by fear of him and he treats you all like some vegetables.Therefore, when your mother came home he told her that next time would be worse.And if he said so, he would do so, too. What could be worse?Yes, maybe one day he could throw something to her head and kill her.Are such cases really few?As long as your mother and you, sisters, are controlled and paralyzed by fear things will go from bad to worse.

You must go home quickly and all together tell your father to ask forgiveness from your mother and to promise that he would never use any violence against her. If he does not want to listen, ask your mother to come and live with you separately, so that she may not be exposed to danger.

I assume that your mother can refuse to come to stay with you apart. In this case, go and call the police to declare what happened and tell there that your father threatened your mother with reckoning and that is dangerous for her to stay with him.In this case the police should warn him and, at least he would understand that he is not the “powerful one over vegetables”.

It might happen that the policeman is one that will not occur or will defend your father encouraging him to continue to do the evil he does. When I was a child and my father beat my mother, I ran a few times to call the policeman to intervene. The latter did not hurry at all, even though I cried desperately and was about to take his feet to come soon at our home. He stayed to finish talking to people, was walking slowly and when he reached our home, my father invited him into the cellar, they were drinking a cup of wine and in this way he was ”honored” by my father and then he was leaving. After that, my father beat my mother and all of us so that the walls were sprinkled with blood. If somehow, your district guard is the same, then go directly to the Prosecutor Office and make a statement. When the prosecutor intervenes, things go on another way.

Do not be afraid and act.One of my disciples came and told me about the same problem in his family.After I advised him, he went home and spoke with his father and told him to stop physically abusing his mother. When the father used violence the second time, he came and took his mother to stay with him.Then, their mother went to work in another country, and the father remained angry, then he began to realize the mistakes he had made, to regret, apologize to the wife and the children and even more – heartily repented and became a child of God.Now, he is looking forward to the coming of his wife home to live a new life with her.

Satan holds us subject to slavery just through fear of death, but Lord Jesus came to deliver us, as it is written in the Holy Scripture:

Therefore, since the children share in flesh and blood, He Himself likewise also partook of the same, that through death He might render powerless him who had the power of death, that is, the devil, and might free those who through fear of death were subject to slavery all their lives. (Hebrews 2:14-15)(NASB)

Put all your trust in God and do not be paralyzed and enslaved by fear of death.