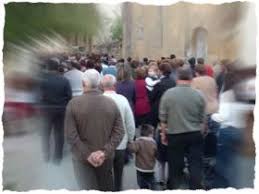 In the past 10 years, the population of the Republic of Moldova decreased by an average of 8,000 people a year, which is the equivalent of six villages with about 1.3 thousand inhabitants. United Nations Population Fund (UNFPA) and National Commission on Population and Development warns that, for medium and long term the consequences of this demographic decline are disastrous. According to forecasts, by 2050 our population will decrease by one million and by 2130, according to the Vienna Institute of Demography, it may be reduced almost in half, reaching 1.5 million. During the school year 2007-2008 school quota was reduced by almost 27% compared to the 2000-2001 school year. This means that schools in Moldova has lost every third student.Forecasts show that in 2050 every third person in Moldova will be over 65 years, that will be retired. Overcoming the demographic crisis should be a priority of the new government and of the entire nation. To be able to found solutions to overcome this crisis, we need to better understand its causes. Among the causes named most often are diseases, poverty and lack of institutions for protecting the population. We can not deny all these causes, but they are only consequences of a deeper cause, of the major reasons that caused this demographic crisis. This cause is apostasy, or falling away from the Christian faith of our nation, even if during the census 95% of citizens declared themselves Christians. Let’s see what the Bible says about how apostasy affects a nation population.

When they were free of the Egyptian bondage, after He gave them the holy commandments, God announced the people of Israel the blessings at the obedience of the commandments and the curses for their rejection.

Among the first blessings to come upon God’s people was this:

And it is also written:

The second part of chapter 28 is devoted to curses and it begins as follows:

But it shall come about, if you do not obey the LORD your God, to observe to do all His commandments and His statutes with which I charge you today, that all these curses will come upon you and overtake you. (Deuteronomy 28:15)(NASB)

And again, among the first in the list of curses is this:

Cursed shall be the offspring of your body and the produce of your ground, the increase of your herd and the young of your flock.(Deuteronomy 28:18)(NASB)

Then it is written a long list of diseases that were to affect people for their disobedience. The press release on thia study of the United Nations Population Fund (UNFPA) and National Commission on Population and Development says:

Mortality index was 11.8 ‰ in 2008, exceeding that of birth (10.9 ‰). Great differences of the mortality rates are recorded in urban and rural areas. In the beginning of 2000 the village population mortality exceeded with 60-65% the same indicator in the city. The gender gap in mortality rates increases. In the group aged 25-39 years die 3 times more men than women, and in the 40-69 age group twice more. Morbidity (frequency of illnesses and diseases in society): Among death causes, cardiovascular disease is the primacy, a trend that continues to grow. For comparison, if in the industry-developed countries this indicator is 30-40% of all mortality, then in Moldova more than half the number of deaths occurs due to these diseases. The second cause of death is tumors, especially for women with cancer of the mammary gland.

And this happens in the XXI century, when medicine became so advanced? Yes, because the words of God remain just as current and with the same power:

Then you shall be left few in number, whereas you were as numerous as the stars of heaven, because you did not obey the LORD your God. It shall come about that as the LORD delighted over you to prosper you, and multiply you, so the LORD will delight over you to make you perish and destroy you; and you will be torn from the land where you are entering to possess it. (Deuteronomy 28:62-63)(NASB)

Teaching the Bible in all schools and at all levels is an imperative. Preaching the message of the Holy Scriptures by all mass media means is an emergency. Only in this way people will be able to return to God wholeheartedly and only so we can be saved as a nation overcoming the demographic crisis. God help the new government to understand this profound truth and take appropriate action.