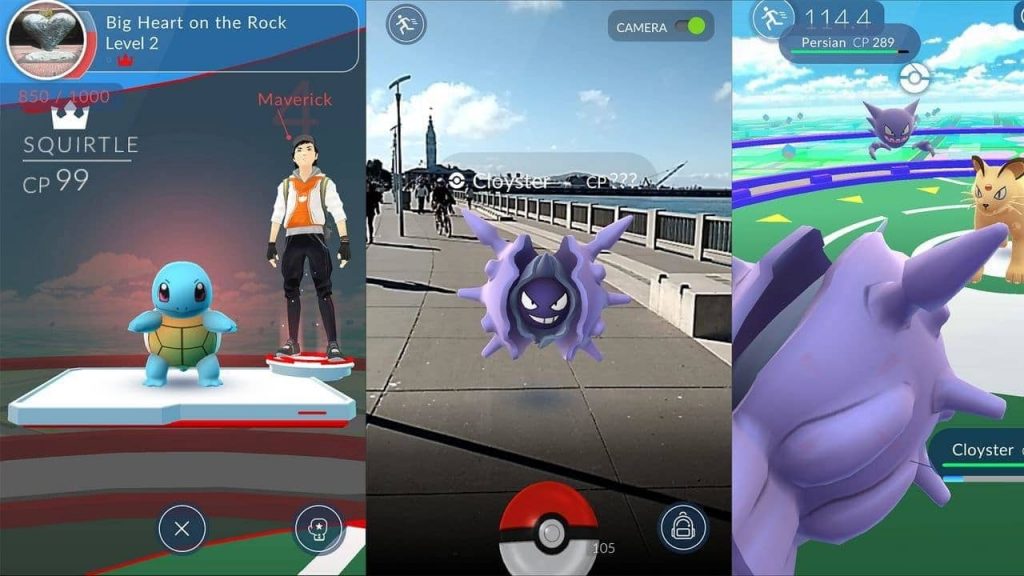 What is Pokemon Go?

Pokemon Go is a phone application which places animated monsters (Pokemon) in the real world. The application uses GPS and the smartphone camera for this. Participants of the game are named “Pokemon trainers”. The purpose is for players to catch as many Pokemon as possible (more than 50 species), which trainers place virtually in different real geographical places. The game is made in such a way, that when there is a Pokemon around, the phone starts to vibrate notifying the player. On top of that, the trainers can compete against other trainers participating in so-called battles between Pokemon. The application was launched in July of this year in many countries of the world.

Is Pokemon Go a harmless game?

Although the production company hasn’t published the statistics yet, the game became extremely viral both among children and adults. Virtual interaction with unknown people in a real environment – what can be more exciting at the moment!? I think this is the reason the game could attract such a big number of fans. Though, Pokemon Go is not a harmless application.

Firstly, the main character, Pokemon, is a monster, a demonic creature, which should be kept away from the eyes and minds of children.

Secondly, as every virtual game or cartoon, this can create psychological addiction and aggression in children. I pay special attention to the cartoons my child watches, and to the time he spends in front of the computer. I have observed that when I interrupt my child from a cartoon, he becomes irritated and aggressive for a moment, although he returns to his normal state later.

Thirdly, this game can put people’s lives in danger. Because the game captures all of their attention, people can lose focus of their surroundings, which can lead to bad consequences. A railway company in Denmark, ProRail, submitted a complaint that the players catch Pokemon on railways. Also, players from Bosnia were warned not to play Pokemon Go in the minefields that remain after the war of the ’90s. In Guatemala, an 18-year-old man, Jerson Lopez de Leon, was shot dead while he was playing Pokemon Go, being the first known victim of this game.

Christians are not sent to catch Pokemon

Yesterday, I met a Christian girl who confessed to me that she downloaded the application Pokemon Go on her smartphone; but there is something that stops her from playing it. She is not the only one who faces such temptations; thousands of Christians do.

I think that the Holy Spirit is the One Who stops my sister in Christ from searching for Pokemon. The concept of flesh battling is obvious in Bible. Our flesh likes Pokemon, but the Spirit certainly does not. Walking after Pokemon is from the mind set on the flesh. Pokemon is a devilish character, and we can’t have anything in common with him. The Apostle Paul warns us about it, saying:

Christians were sent to win souls for Christ

We, Christians, have a holy calling from the Lord Jesus Christ to GO and to make disciples

Go therefore and make disciples of all the nations, baptizing them in the name of the Father and the Son and the Holy Spirit, teaching them to observe all that I commanded you… (Matthew 28:19-20)

God gave us the ministry of reconciliation, we don’t have time for other things.

Now all these things are from God, who reconciled us to Himself through Christ and gave us the ministry of reconciliation. (2 Corinthians 5:18)

I saw, however, that many churches in USA registered on Pokemon Go, placing Pokemon in their churchyards, hoping that people will come to the church this way. I haven’t met a more exaggerated idea than this. Maybe we should open bars and night clubs in the churchyard to attract people to church because the end justifies the means? Forgive me for such a comparison, but it has reached extremes already.

What my friends think about Pokemon Go

Yesterday I asked a question on Facebook regarding this game, “Can Christians play Pokemon Go?” I was glad to see that the majority of people disapprove it and consider the time spent in this game a wasted time.

It’s bad if you fill your time with things which are a waste of time, following monsters instead of doing something that would really help you or others. For example, you could pray for somebody. The Bible says that we will give an account for our deeds and that our life is like a vapor, so may God help us to do what really matters. (Mike Flowers)

What’s the point to waste your time? (Cezar Salahor)

Virtual games, generally, don’t bring any real benefit in anyone’s life, in my opinion. Pokemon Go also is a part of this category. (Artur Boicu)

Everyone who thinks normally understands that it is a great foolishness. I didn’t see this game and don’t want to see it. (Ion-Dumitru Panainte)

It’s more useful to do something else, something valuable. I know many people who play this game use almost all the time (24 of 24). My opinion is that this game is dangerous and senseless, plus, it is a waste of valuable time. (Vitalie Dercaci)

I think that we should be guided by several biblical principles about using of Internet, games and gadgets:
1) Is it profitable? 1 Cor. 6:12: “All things are lawful for me, but not all things are profitable. All things are lawful for me, but I will not be mastered by anything.”
2) Does it build me up?
Rom. 14:19: “So then we pursue the things which make for peace and the building up of one another.”
3) We should flee from idolatry:
1 Cor. 10:14: “Therefore, my beloved, flee from idolatry.”
4) We should be careful not to be a temptation for anyone
Rom. 14:21: “It is good not to eat meat or to drink wine, or to do anything by which your brother stumbles.”
5) We should seek the things that bring the glory of God.
1 Cor. 10:31: “Whether, then, you eat or drink or whatever you do, do all to the glory of God.” (Sergiu Milanesul)

Make the most of your time! (Roma Vataman)

He who permanently reads the Bible, does not have time for games. Even more, in the Bible we find answer for the question.” (Sergiu Milanesul)

How can you have time for Games and don’t read the Bible? (Adrian Ucenic)

We as Christians often waste time for not useful for eternity things, which are not useful even for this life. Pokemon Go, I think, falls into this category too. (Vitalie Cucoș)

Is it not better to use this time for something more helpful? (Andrew Talmazan)

We, believers, shouldn’t even have this question. Of course, no. It is a very harmful game. (Natalia Pozdirca)

Generally, why should the true Christians play games!?!? (Vladut Cocimariuc)

Christians? Generally, why would normal people play? The notion of game is not for a mature person. But if somebody wants to play, he should play with a child, investing in him, and after a time this will bring him benefit. (Tatiana Rîcu)

If you were caught in this game

Repent and immediately delete this application from your phone, and also delete other games of this kind. Then go to your Christian friends and tell them about you decision. May God help you live in holiness before Him.

For the grace of God has appeared, bringing salvation to all men, instructing us to deny ungodliness and worldly desires and to live sensibly, righteously and godly in the present age, looking for the blessed hope and the appearing of the glory of our great God and Savior, Christ Jesus. (Titus 2:11-13)