Is it possible for God to allow dependence on a sin in one’s life, so that he, often committing that sin, may acknowledge his lack of perfection and not be conceited? I ask this because that man has many reasons for being conceited.

Not at all! God will never allow sin in one’s life, because God hates sin, but loves people. Sin separates people from God and from eternal things. Throughout the Bible God teaches us continuously and urges every man to stop sinning. 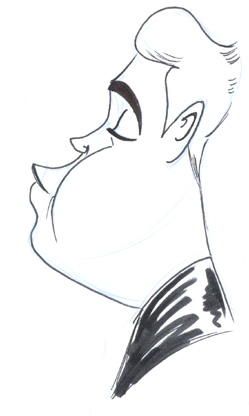 After returning from Babylonian captivity, when the returned remnant of Israel was urged by Nehemiah to repent and to restore their relationship with God, they were praying this way:

But they, our fathers, acted arrogantly; they became stubborn and would not listen to Your commandments.
“They refused to listen, and did not remember Your wondrous deeds which You had performed among them;
So they became stubborn and appointed a leader to return to their slavery in Egypt. But You are a God of forgiveness, gracious and compassionate, slow to anger and abounding in lovingkindness; and You did not forsake them. (Nehemiah 9:16-17)(NASB)

What happens to the person about whom you wrote is a manifestation of pride, because …

Pride is manifested in careless and perverse living in sin

In the same prayer of repentance, people of Israel who lived at the time of Nehemiah, said:

And (You, God) admonished them in order to turn them back to Your law. Yet they acted arrogantly and did not listen to Your commandments but sinned against Your ordinances, by which if a man observes them he shall live. And they turned a stubborn shoulder and stiffened their neck, and would not listen. (Nehemiah 9:29)(NASB)

If the man you wrote me about did not want to definitively die to sin and indulges in it, this is the evidence of his pride.

Pride is also manifested by disobedience to spiritual leaders

The Apostle Paul wrote to Christians from the city of Corinth about those who did not wish to recognize and submit to the authority that he had in the Gospel:

Now some have become arrogant, as though I were not coming to you. But I will come to you soon, if the Lord wills, and I shall find out, not the words of those who are arrogant but their power. (1 Corinthians 4:18-19)(NASB)

God gives us trials to protect us from pride

The Apostle Paul speaks of himself that he has had high and special divine revelations, but he adds:

For if I do wish to boast I will not be foolish, for I will be speaking the truth; but I refrain from this, so that no one will credit me with more than he sees in me or hears from me. Because of the surpassing greatness of the revelations, for this reason, to keep me from exalting myself, there was given me a thorn in the flesh, a messenger of Satan to torment me—to keep me from exalting myself! Concerning this I implored the Lord three times that it might leave me. And He has said to me, “My grace is sufficient for you, for power is perfected in weakness.” Most gladly, therefore, I will rather boast about my weaknesses, so that the power of Christ may dwell in me. (2 Corinthians 12:6-9)(NASB)

The apostle says that God gave him a thorn in the flesh and we realize that it was something that caused him continuous suffering (not continuous presence of a sin) and that it was given to him to protect him from the sin of pride.

Therefore, the Apostle Paul wrote to Timothy about the ordination of ministers:

Not a new convert, so that he will not become conceited and fall into the condemnation incurred by the devil. (1 Timothy 3:6)(NASB)

Wealth can make man be conceited

We understand this when Paul exhorts Timothy to tell Christians, who are materially rich:

Instruct those who are rich in this present world not to be conceited or to fix their hope on the uncertainty of riches, but on God, who richly supplies us with all things to enjoy. Instruct them to do good, to be rich in good works, to be generous and ready to share, storing up for themselves the treasure of a good foundation for the future, so that they may take hold of that which is life indeed. (1 Timothy 6:17-19)(NASB)

Pride is one of the manifestations of religious formalism

In the second epistle to Timothy  Apostle Paul describes religious formalism, which will be the last days:

But realize this, that in the last days difficult times will come. For men will be lovers of self, lovers of money,boastful, arrogant, revilers, disobedient to parents, ungrateful, unholy, unloving, irreconcilable, malicious gossips, without self-control, brutal, haters of good, treacherous, reckless, conceited, lovers of pleasure rather than lovers of God, holding to a form of godliness, although they have denied its power; Avoid such men as these. (2 Timothy 3:1-5)(NASB)

People about whom Paul writes are those who no longer care about the sound living and deep doctrine of Christ, but are satisfied only with the attending the church and something that calms down their conscience and makes them believe that they are still Christians, but their living is far from what God requires.

The righteous lives by faith

In the book of the prophet Habakkuk God says:

Behold, as for the proud one, his soul is not right within him; but the righteous will live by his faith. (Habakkuk 2:4)(NASB)

The man who is proud is not blameless anymore and the sin he lives and indulges in is the consequence of his pride, while the righteous man lives by faith. The person about whom you wrote me should ask himself if he is born again, because …

He who is born again does not sin

In the First Epistle of John it is written:

Whoever believes that Jesus is the Christ is born of God, and whoever loves the Father loves the child born of Him. By this we know that we love the children of God, when we love God and observe His commandments. For this is the love of God, that we keep His commandments; and His commandments are not burdensome. For whatever is born of God overcomes the world; and this is the victory that has overcome the world—our faith. Who is the one who overcomes the world, but he who believes that Jesus is the Son of God? (1 John 5:1-5)(NASB)

I advise you to go to the man about whom you wrote and tell him that the presence of sin in his life and the dependence of this sin is something that upsets God and proves that either he was not born again or does not live according to the Holy Spirit. Tell them that he should not deceive himself that sin is allowed in his life by God, revise his relationship with God and put it in order.