While visiting a Pentecostal church, I witnessed people praying in tongues yet they all used the same syllabic tones and syntax in their tongues. Is this a normal practice? Is this a Biblical practice? They all sound the same but none of it makes sense. 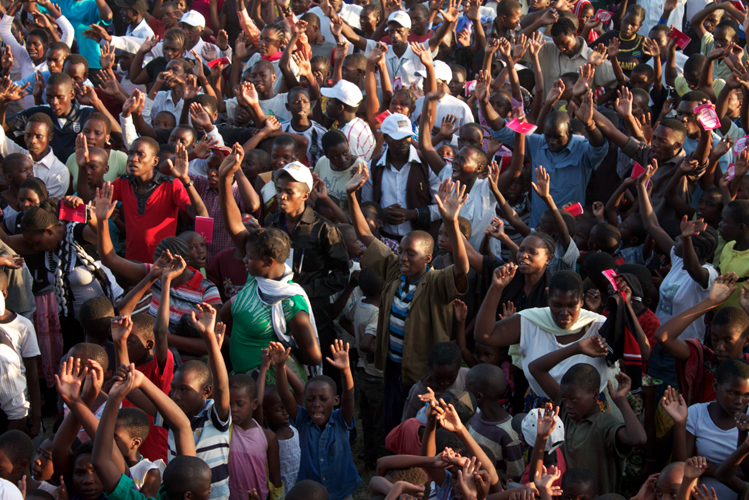 What is the Biblical perspective of speaking in tongues?

We must begin with the modern understanding of speaking in an unidentifiable language. This is not Biblical. In order to understand the Biblical perspective of speaking in tongues (languages in the original Greek) we need to turn to the Apostle Paul’s teachings. This will set the stage for the coming of the Holy Spirit and the purpose of the spiritual gifts.

The spiritual gifts are given for the common good, in serving the saints. If the “gift” that you have and are using is not for the common good, used in serving and building up others, then it is not a spiritual gift, given by the Holy Spirit. So, speaking in tongues must be used in such a way that the saints are edified, others are edified, not you, the speaker. Also, not everyone has the gift of tongues. The gifts are different and given according to the will of the Holy Spirit, not the desire of the believer.

For even as the body is one and yet has many members, and all the members of the body, though they are many, are one body, so also is Christ. For by one Spirit we were allbaptized into onebody, whether Jews or Greeks, whether slaves or free, and we were all made to drink of one Spirit. For the body is not one member, but many. (I Corinthians 12:12-14)

The body of Christ is one body made up of different parts and the gifts are not all one, but many. After teaching this, Paul ends this section with rhetorical questions that the answer is obviously “no” to all of them.

Now you are the body of Christ, and each one of you is a part of it. And in the church God has appointed first of all apostles, second prophets, third teachers, then workers of miracles, also those having gifts of healing, those able to help others, those with gifts of administration, and those speaking in different kinds of tongues. Are all apostles? Are all prophets? Are all teachers? Do all work miracles? Do all have gifts of healing? Do all speak in tongues ? Do all interpret?  (I Corinthians 12:27-30)

What is this modern manifestation of speaking in an unknown tongue?

First, we have to understand that this modern idea of speaking in unknown languages is not a new phenomenon. This existed during the first century. Unintelligible gibberish was and is an integral part of pagan worship.

There has been much written on this topic and I would like to reference some of the good sources that I know of and recommend.

Gerhard Hasel (1) writes that, in Ethiopia, in the “zar” cult, the followers speak to spiritual beings in unknown and unintelligible languages. This is pure idol worship and paganism, similar to what was mentioned in the beginning of this article.

Carlyle May (2) affirms that speaking in unintelligible languages is part of pagan worship in Malaysia, Indonesia, Liberia, and in Artic regions, China, Japan, Korea, Arabia, Burma, and other places.

I think it would be interesting to see some experiments that were undertaken in secret in Pentecostal churches to examine the syntax of the tongues and the interpretation of those tongues.

The son of a missionary couple, raised in Africa, participated in a meeting where they spoke in tongues. At one moment during the service, he rose and said the Lord’s Prayer in an African dialect which he learned in his youth. After finishing an interpreter immediately offered interpretation of what he had said. The translator interpreted the words as a message about the imminent return of Christ. (4)

(2)    L. Carlyle May, A Survey of Glossolalia and Related Phenomena in Non-Christian Religions, ed. Speaking in Tongues: A Guide to Research in Glossolalia, pag. 53.82