What do you think about the treatment practice through hypnosis? What does the Bible say about this? Is it acceptable for Christians to practice the hypnosis and to appeal to it? 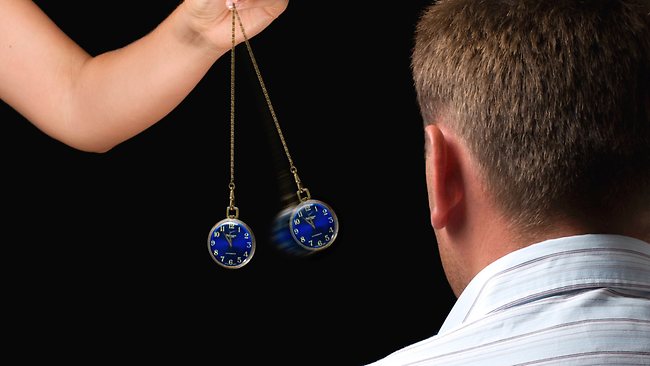 Hypnosis is a statement similar to sleep that is artificially determinated by suggestion, when the conscious control of the own behavior and the contact with the reality are getting weak, the actions of the hypnotized person being obedient to the will of the hypnotist. The Romanian term of hypnosis comes from the French term ”hypnose” which comes from the word: “hupnoein” from the old Greek language and it means “to asleep”.

The history of practicing hypnosis

The hypnosis has been an occult practice in the majority of heathen religions. In 1765 a doctor from Paris, named Franz Anton Mesmer, after he left from a spectacle, he saw a strolling seller who was making people asleep through using the magnet. Mesmer came to an argument that there is a universal magnetic fluid which has healing powers and he made pools in which the patients were sitting with their legs on a metal rod, and Mesmer, dressed in a black cloak came and touched them with a ivory stick. The patients were so sure that they will be healed that they entered immediately in hypnosis. Mesmer was banished after a investigation committee came at the conclusion that his occupation was a trick. In 1841, the British doctor James Braid introduced the hypnosis term, because this practice until then was named mesmerism, from Masmer’s name.

How is hypnosis used?

The argument which the supporters of hypnosis bring is that hypnosis can be beneficial in the medical treatment. Even starting from this affirmation, there are many testimonials about the opposite effect of hypnosis. For example, a woman lost her memory in a very short time after she appealed to the hypnotist to help her stop smoking. Because the hypnosis annihilates the will of the one who is hypnotized, businessmen and who is interested in manipulating others appeal to it. They even wrote articles about using hypnosis in negotiations.

I remember when I was a student, in our school came a hypnotist. We were fascinated about what we heard that man could do. When he came he invited on the scene those who wanted to experience upon them the effects of the hypnosis. I did not know anything from the Holy Bible because just when I went to the university I started to read the Bible. I was very curious about this experience. After he did a test with those who were chosen for demontrations, the hypnotist choose me as well. I remember that he told me that there was cold and I was freezing, then he told that there was hot and I felt so warm and other things like these. My classmates told me some things that I did and I didn’t even remember. My conscience and my will for the time when I was under its influence were totally disconnected, so that I can’t accept the false affirmations of those who are trying to convince us that “hypnosis gives to the person more power and control on bad habits, fears, phobias and on life in general.” If people had control on these things they wouldn’t appeal to the hypnosis practice.

Don’t give others the control of your mind

Wise Solomon wrote in the book of Proverbs:

And keep watch over your heart with all care; so you will have life. (Proverbs 4:23)

When the person exhibits to hypnosis he doesn’t have the control of his own mind but he offers to others the whole control of his conscience. It doesn’t matter if he is doing that to the hypnotist or to a bad spirit which benefits from the state of the hypnotized person. The fact is that the control of your mind doesn’t belong to you anymore. God teaches us not to give to anyone total control of our mind and He wants us to be conscience, with a healty mind and with our proper will to choose to be obedient to Him. That’s why He gave the following commandment in the Old Testament:

When you have come into the land which the Lord your God is giving you, do not take as your example the disgusting ways of those nations. Let there not be seen among you anyone who makes his son or his daughter go through the fire, or anyone using secret arts, or a maker of strange sounds, or a reader of signs, or any wonder-worker, Or anyone using secret force on people, or putting questions to a spirit, or having secret knowledge, or going to the dead for directions. For all who do such things are disgusting to the Lord; and because of these disgusting things the Lord your God is driving them out before you. You are to be upright in heart before the Lord your God. (Deuteronomy 18:9-13)

Hypnosis is in the category of the occult practices which I mentioned above just because it takes the control of the conscience and of the men’s mind.

And if you need healing?

You don’t have to go to hypnotists and even not to appeal to hypnosis, as you don’t have to go to witches, who promise to the people body healing but they poison their souls and minds. God tells us very clear and specific in the Bible what should do a Christian to be healed. Follow the true doctrines of the Lord Jesus Christ. For a deep study of the healing subject I recommend you the following inductive bible courses: “God, I want to know you!”, “Epistle of James”, “God, heal my pain” by Kay Arthur. And about thoughts possession, I recommend you the course “Straightening your heart to God” at the bible seminar that I will teach on 4-6th of September at the “Eden” camp from Calarasi.