I will have to take the oath in Bucharest soon to get Rumanian citizenship. Is it a sin to take this oath? 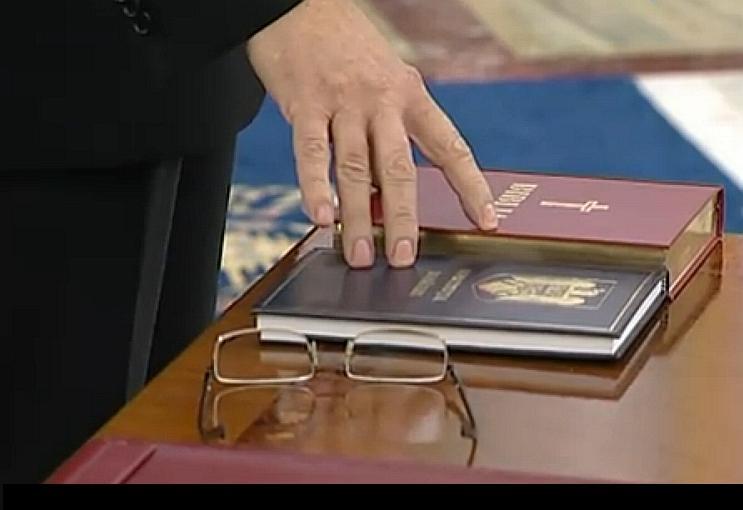 What caused this question?

Perhaps you have addressed this question thinking of the text of the Gospel where Jesus says:

Again, you have heard that the ancients were told, ‘YOU SHALL NOT MAKE FALSE VOWS, BUT SHALL FULFILL YOUR VOWS TO THE LORD.’ But I say to you, make no oath at all, either by heaven, for it is the throne of God, or by the earth, for it is the footstool of His feet, or by Jerusalem, for it is THE CITY OF THE GREAT KING. Nor shall you make an oath by your head, for you cannot make one hair white or black. But let your statement be, ‘Yes, yes’ or ‘No, no’; anything beyond these is of evil. (Matthew 5:33-37)(NASB)

The focus of these words of Lord Jesus is that we must be people of integrity and do according to what we say or promise.If you say “yes” and do what is “no”, or say “no” and do what is “yes” – these things come from the evil one.

Furthermore, the vow is usually required from a man who does not keep his promises and does not honor his words.When your integrity is known, you will be required oath only by those who do not know you yet.

Because at one time Abraham questioned the promise of God, the Most High has sworn:

For when God made the promise to Abraham, since He could swear by no one greater, He swore by Himself, saying, “I WILL SURELY BLESS YOU AND I WILL SURELY MULTIPLY YOU.” (Hebrews 6:13-14)(NASB)

God swore not because He had ever told lies and had not fulfilled His Word, but because of Abraham’s doubts.

Besides … What is the oath?

Here is the biblical definition of an oath:

For men swear by one greater than themselves, and with them an oath given as confirmation is an end of every dispute. In the same way God, desiring even more to show to the heirs of the promise the unchangeableness of His purpose, interposed with an oath, so that by two unchangeable things in which it is impossible for God to lie, we who have taken refuge would have strong encouragement to take hold of the hope set before us. (Hebrews 6:16-18)(NASB)

But even the oath will not change anything in those people who lack integrity.

Some have sworn to lie

When Jesus was arrested, only Peter had the courage to go after the crowd that caught the Savior and the Bible says that…

Peter was sitting outside in the courtyard, and a servant-girl came to him and said, “You too were with Jesus the Galilean.” But he denied it before them all, saying, “I do not know what you are talking about.” When he had gone out to the gateway, another servant-girl saw him and said to those who were there, “This man was with Jesus of Nazareth.” And again he denied it with an oath, “I do not know the man. (Matthew 26:69-72)(NASB)

How is it applied to the case of receiving citizenship?

The procedure for taking an oath of citizenship of a country does not hold on your personal integrity or the lack of integrity, but is a solemn act by which you enter under the protection of the state which citizenship you receive, but you also promise to defend this state and its laws.