In his 1 Epistle to his disciple Timothy, the apostle Paul gave him a warning:

” Timothy, guard what has been entrusted to your care. Turn away from godless chatter and the opposing ideas of what is falsely called knowledge, which some have professed and in so doing have departed from the faith. Grace be with you all. (1 Timothy 6:20-21) 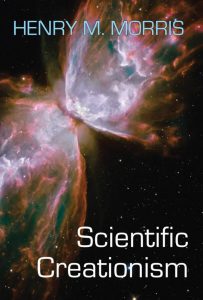 True science exists, as well as there is a kind of science that is falsely called so, because it can be reduced to manipulation and it lacks proofs and evidence. The theory of evolution is a manipulation, widely spread and accepted by governments and countries, because it spares man from moral responsibility for the evil done. But it is not science by far. Until recently, the evolutionary anthropologists claimed that the age of Homo Sapiens is 200.000 years. After the discovery of 22 fossils in Marocco, they assume man appeared 300.000 years ago. What do you think about an error no more, no less than 100.000 years?

I recommend you to find the book “Scientific Creationism” by Henry M. Morris to see a scientific approach about the appearance of the universe, life and man.