Why scientists can not prove that the soul lives after death? Happiness, sadness, all our emotions are caused by chemicals in the brain. If the brain stops working, how can we feel anything after death? 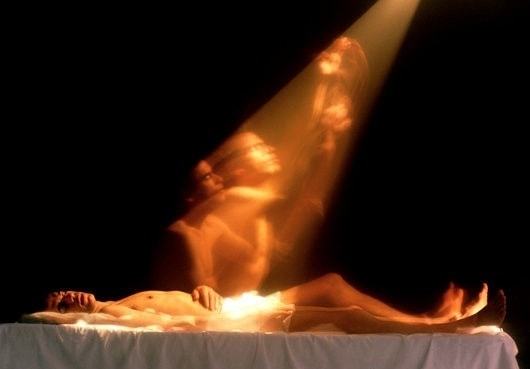 The element of faith

Science can not prove all things and no matter how advanced it is now, it can never prove the whole reality. Try to imagine that someone would have said 500 years ago that, there were such waves that would enable the creation of Internet web. No one would have believed him. Yet they exist and even if we do not see them, the effect is seen. Otherwise, how were you able to read this article now?

If all things were possible to be proven by science, faith would no longer be necessary, but God says that things that can not be known via scientific experiments, may be known by faith. Here’s an example:

By faith we understand that the worlds were prepared by the word of God, so that what is seen was not made out of things which are visible. (Hebrews 11:3)(NASB)

And without faith it is impossible to please Him, for he who comes to God must believe that He is and that He is a rewarder of those who seek Him. (Hebrew 11:6)(NASB)

Holy Scriptures are the strongest argument

And the rich man said, ‘Then I beg you, father, that you send him to my father’s house– for I have five brothers–in order that he may warn them, so that they will not also come to this place of torment.’ But Abraham said, ‘They have Moses and the Prophets; let them hear them.’ But he said, ‘No, father Abraham, but if someone goes to them from the dead, they will repent!’ But he said to him, ‘If they do not listen to Moses and the Prophets, they will not be persuaded even if someone rises from the dead.’” (Luke 16:27-31)(NASB)

Do you see what Abraham answered him? That if someone does not believe what is written in Scripture, he will not be persuaded even if someone rises from the dead. And then …

Lord Jesus rose from the dead

What other proof of the existence of the human soul after death do we need? Don’t those who consider themselves scientist care that there were 500 men who saw the Lord Jesus rose from the dead and were still alive at the time when the Apostle Paul wrote the first Epistle to the Corinthians? See, that some scholars of that time walked with guile and instead to believe, they were looking for arguments to deny the reality. In the same way, some are walking with deceit today.

This is very important for me, that people who saw the Lord Jesus rose from the dead, went to death for this truth and did not deny it. I need no other argument to prove the existence of the soul after death. And who does not want to believe the Scriptures, he will not believe even if someone came from the other world. Lord guard us from this great sin – unbelief in the Holy Scriptures.