I’m asking for your advice in the following situation: My parents passed away and left three children (me, a male, middle child, and two sisters). We’re all adults and have our own children. As it is common for us, when girls get married, they receive a dowry which consists of money and material goods. This is what happened in my sisters’ cases as well – they received land, furniture, money, technology, gold, etc. Our parents said that the boy, which is me, will get their house after their death. When my parents were alive, although I lived 130 km away, I went to their house 2 to 3 times a month and took care of them, while my sisters, who lived in the neighboring towns, rarely visited them, abandoned them, and when they did go, they went to ask for money from their retirement. Now, after my parents have died, my sisters don’t want to respect my parents’ wishes of leaving me the house. They took me to court to split what my parents left me. Legally, they have rights to this property. The law also gives me the right to call them in court and ask to split everything our parents left, including the dowries they received and benefited from for several years. Taking into account Matthew 5:38-48 and Romans 12:17-21 and other texts from the Scriptures that say that if someone wants your shirt, give him your coat, or to turn the other cheek, I’m thinking to give up my part of the inheritance and let my sisters have it. I won’t take them to court but rather pray for them with all my love, although they have a greedy attitude towards all of it. What do you recommend? Am I doing the right thing? Am I acting like a true Christian? What else should I do? 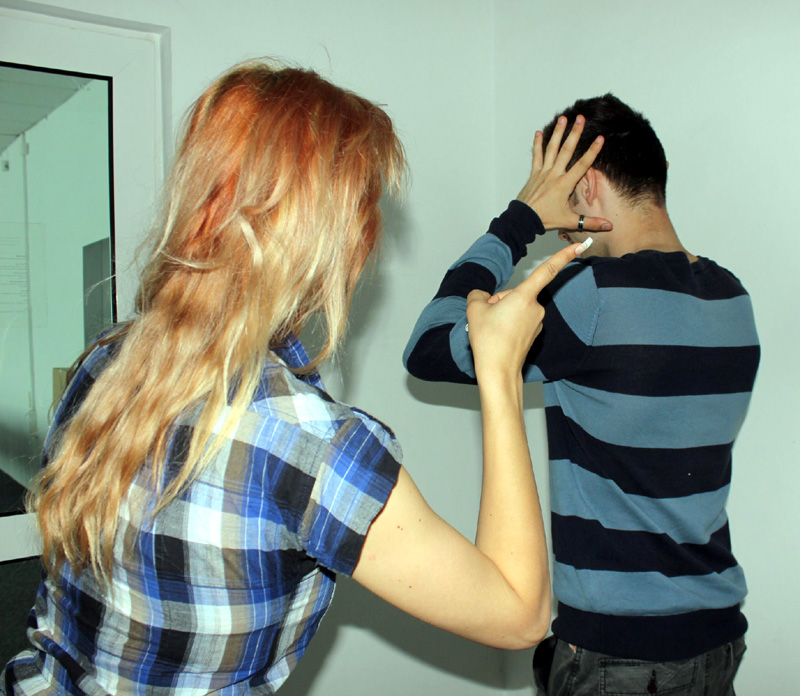 I was glad to receive your questions. I’m really sorry of the way your sisters are proceeding, however, I’m happy and congratulate you for the way in which you have proceeded as a Christian. First of all, I congratulate you on the way you’ve honored your parents until their last days. The fifth commandment states:

Honor your father and your mother, so that you may live long in the land the Lord your God is giving you (Exodus 20:12).

And in Ephesians the author recites the same commandment in the following words:

Children, obey your parents in the Lord, for this is right. “Honor your father and mother”—which is the first commandment with a promise— “so that it may go well with you and that you may enjoy long life on the earth” (Ephesians 6:1-3).

God will always remain faithful and He will make you happy on this earth, and give you many days, a thing that cannot be said about your sisters if they have proceeded in the way you stated above and do not repent of their sin. You should speak to them about this next time you see them.

In no way should you take your sisters to court, because you will ruin not only your family name, but also the name of a Christian. Even if this wasn’t related to family conflicts but rather in the church, Paul says the following about solving our problems in court:

If any of you has a dispute with another, do you dare to take it before the ungodly for judgment instead of before the Lord’s people? Or do you not know that the Lord’s people will judge the world? And if you are to judge the world, are you not competent to judge trivial cases? Do you not know that we will judge angels? How much more the things of this life! Therefore, if you have disputes about such matters, do you ask for a ruling from those whose way of life is scorned in the church? I say this to shame you. Is it possible that there is nobody among you wise enough to judge a dispute between believers? But instead, one brother takes another to court—and this in front of unbelievers! The very fact that you have lawsuits among you means you have been completely defeated already. Why not rather be wronged? Why not rather be cheated? (1Corinthians 6:1-7)

In a situation where the good name of a Christian is in jeopardy we are encouraged to rather suffer the loss. Which is why the decision you made to give up taking your sisters to court in regards to your inheritance.

What else can you do? You need to talk to your sisters about their sin and to show them the problem in their hearts. You need to tell them that greed is equivalent to worshiping idols and God says that greedy people will not have part in inheriting God’s glory. Encourage them to fight for an eternal inheritance and not for an early one that grows moldy and brings trouble rather than joy in your family. Also tell them that the love of money is the root of all evil, and that many who have followed greed lost their faith and brought a lot of trouble over their heads, and they will suffer from the same consequences if they allow greed to rule their lives. Don’t cease to speak to them and to pray for them so that they will repent and become true disciples of Christ by being born again and baptized through faith. Then, tell them to join the church of believers and to follow the teachings of Christ. May God help you in doing so.