I received this message from a mother whose mature son parasites:

God bless you! I am so glad I have found you! It’s really a difficult moment in my life. I live with my son, who is 25 years old, in a two-room apartment in Bucharest. I also have two daughters, one of them is married and one is left to work abroad. My biggest problem is this son with whom I can not communicate. He is already recalcitrant, has a behavior that leaves much to be desired. He does not work, but only causes many problems, and more than that, has a girlfriend who is participating in this, too. I grew up these three children by myself from an early age, with great effort and renunciation and now I see that I even can not enjoy respect. I just want to be somewhere alone, not to see him how he careless sleeps all day, as his friends come to him all the time and many more, and I can not say anything because he hurts me and rushes at me. There is nobody to defend me, girls can not do anything to him. What to do, how would it be better: to sell and to buy two flats, separate from him? Believe me that I do not know what to do, I do not want to do him bad, I do not want to facilitate his destruction. Or maybe when he realizes he is alone, he will come to his senses? What do you advise me? I look forward to your response. Thank you with all my heart!

One of the 10 commandments says:

God gave his people a command regarding such cases and He said this:

If any man has a stubborn and rebellious son who will not obey his father or his mother, and when they chastise him, he will not even listen to them, then his father and mother shall seize him, and bring him out to the elders of his city at the gateway of his hometown. They shall say to the elders of his city, ‘This son of ours is stubborn and rebellious, he will not obey us, he is a glutton and a drunkard.’ Then all the men of his city shall stone him to death; soyou shall remove the evil from your midst, and all Israel will hear of it and fear. (Deuteronomy 21:18-21)(NASB)

Perhaps the law seems too strict or too cruel, but this mature son who parasites and how he and other children like him behave is very serious and if not punished, it ends up being worse and it spreads and affects parents, entire families and society. The society in which we live has departed from God’s values and is very tolerant of such behavior from children. 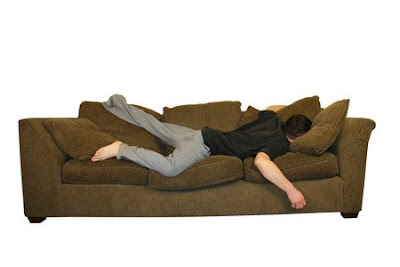 However, I recommend you the following steps to do now.

You must not sell the apartment and buy two flats, because if the attitude of your son does not change, he will sell his flat, drink the money and will come to you to live with his mother, making your life even harder.

God give you wisdom, faith and strength in the actions which have to do.