Dear pastor, Vasile Filat. I am very glad to read on your site many things that seem interesting at first, but I think they are real. You post on Internet topics that not many priests start to discuss them. But what I want to tell you is that all you do is very good. Now, as a good parishioner who reads your page and I see that you are not an Orthodox priest, but rather a Protestant one, which does not matter much to me. I want to ask you to write in details, as you always do at all questions, about a topic that interests me a lot: The church and its purpose on earth. I hope to receive the answer soon. With much respect for everything you do, NT. 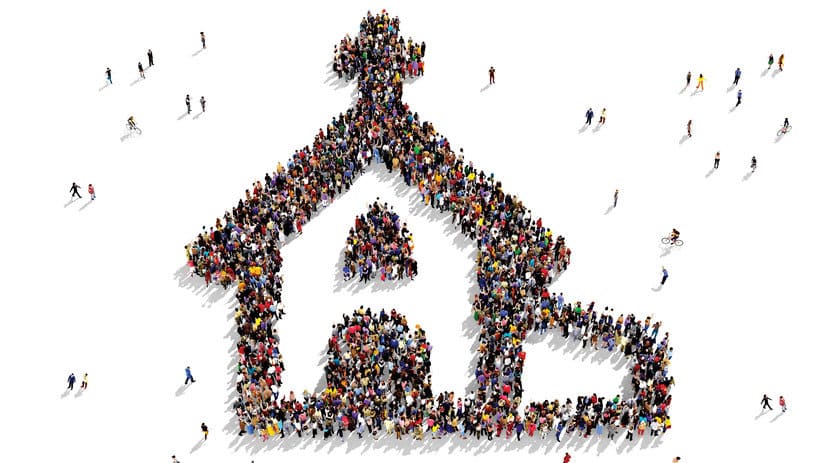 I am glad to hear that you benefit by the service I do through this portal. The whole New Testament writes about the Church of Christ and it’s understandable that all this teaching can not be written in a single article. But, I will seek to highlight the most important things to give an answer to the question that I have been addressed.

What is the Church?

The word translated into English “Church” is the Greek word EKKLESIA, which was used before the Lord Jesus Christ and means an assembly, especially a public meeting to solve political and public issues. When Demetrius, a silversmith, stirred up to revolt the people of Ephesus against Paul and Christians, the town clerk said to the people:

“So then, if Demetrius and the craftsmen who are with him have a complaint against any man, the courts are in session and proconsuls are available; let them bring charges against one another. But if you want anything beyond this, it shall be settled in the lawful assembly.” (Acts 19:38-39)(NASB)

In the original text of the New Testament the word which is translated into English “assembly” is the same EKKLESIA. Unfortunately, many people confuse the Church with places of worship, which we name the same way.

The true Church is the assembly of those who believed wholeheartedly in the Lord Jesus Christ, concluded a covenant with Him, were born again and now live a holy life according to the teaching of the Scripture. Do not believe that the Church is limited to Christians of a denomination, such as Orthodox or Catholics, or Protestants, or neo-Protestants. It is true that some believe so and the whole day they blare that they are the only to enter the heaven, as if they monopolized the Kingdom of Heaven. It is not so. The Kingdom of Heaven is the Kingdom of God and He gives it to those who believe wholeheartedly in the Lord Jesus Christ and live according to His will written on the pages of Scripture.

What should the Church do?

It would be better to look at the first church, who was born on Pentecost when the Holy Spirit descended. Here’s what the Bible tells us how the first church was organized and lived:

So then, those who had received his word were baptized; and that day there were added about three thousand souls. They were continually devoting themselves to the apostles’ teaching and to fellowship, to the breaking of bread and to prayer. Everyone kept feeling a sense of awe; and many wonders and signs were taking place through the apostles. And all those who had believed were together and had all things in common; and they began selling their property and possessions and were sharing them with all, as anyone might have need. Day by day continuing with one mind in the temple, and breaking bread from house to house, they were taking their meals together with gladness and sincerity of heart, praising God and having favor with all the people And the Lord was adding to their number day by day those who were being saved.

In this text we highlight the following truths about the Church:

The Church was sharing the Gospel and was doing mission work

The Apostle Peter wrote his first Epistle to those who become Christians recently and said:

But you are A CHOSEN RACE, A royal PRIESTHOOD, A HOLY NATION, A PEOPLE FOR God’s OWN POSSESSION, so that you may proclaim the excellencies of Him who has called you out of darkness into His marvelous light; for you once were NOT A PEOPLE, but now you are THE PEOPLE OF GOD; you had NOT RECEIVED MERCY, but now you have RECEIVED MERCY.

We, the Church, who have been born again through faith in Jesus Christ and that have been sealed with the Holy Spirit whom God poured into our hearts, we are a chosen race, a royal priesthood. God has chosen us to be His and to proclaim His great power, namely to preach the Gospel. We, the Church, are God’s representatives on earth.

I pray God to help the church that I minister, “Good News” Church from Chisinau, to be and do what God expects from us.