What do you know about Lilith? Is it written in the Bible that there was Lilith? 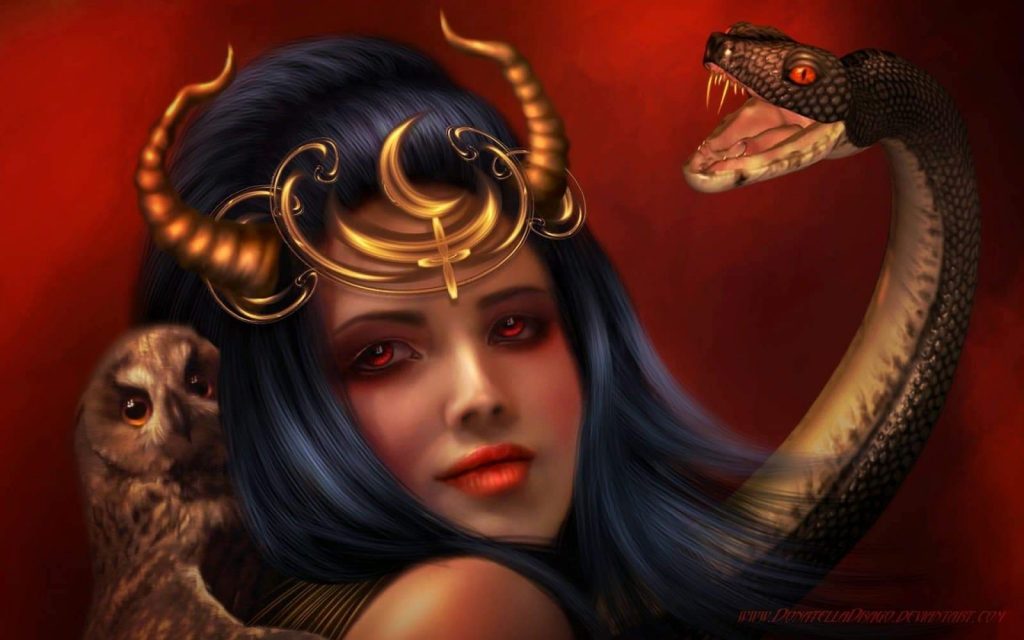 Firstly let us bring some light and say…

An article from Wikipedia tells us:

According to legend Kabbalah, God created Adam and Lilith from the dust …

Lilith is a female demon of night, Princess of Hell, which is supposed to fly in search of babes to kidnap or strangle them. In Jewish mythology, it says that Lilith was Adam’s first wife.

Another option would be that God created Adam and Lilith as twin brothers. Lilith asked to be equal to Adam, but her attempts failed, and she finally left Adam. In Muslim mythology it is said that after leaving Adam, Lilith was paired with Satan.

Eva is the first and only wife of Adam

The author of the article article on Wikipedia writes very tendentious:

It is noted that Eva had come after the departure of Lilith, which was created from Adam’s rib ( “The man said:” This is now bone of my bones and flesh of my flesh she shall be called Woman, because she was taken out of man.”- Genesis 2:23). It is easy to understand from Genesis that before Eve was Lilith.

The statement demonstrates a lack of knowledge of the Holy Scripture. The argument he presents is that Adam said: “This is now…”, that means that he said so because the prior wife was Lilith who was taken from the dust of the earth, like him. No. No way.Adam said: “This is now bone of my bones and flesh of my flesh” because:

Out of the ground the LORD God formed every beast of the field and every bird of the sky, and brought them to the man to see what he would call them; and whatever the man called a living creature, that was its name. The man gave names to all the cattle, and to the birds of the sky, and to every beast of the field, but for Adam there was not found a helper suitable for him. (Genesis 2:19-20)(NASB)

The Biblical reference about Lilith

The only Biblical reference to Lilith is in Isaiah’s prophecy about the ravages of Edom:

The desert creatures will meet with the wolves, the hairy goat also will cry to its kind; yes, the night monster will settle there and will find herself a resting place. (Isaiah 34:14)(NASB)

What was translated into English the “night monster” is the word LILITH and it signifies female night demon.The Bible does not say anything else and we do not have the right to give full scope to our imagination to invent what the Scripture does not say.

Let us not pay attention to Jewish myths

The story about Lilith is the product of human imagination and it has affected the faith of Jews and then of Christians.When he was telling Titus how to teach Christians of Crete, the Apostle Paul wrote:

This testimony is true. For this reason reprove them severely so that they may be sound in the faith, not paying attention to Jewish myths and commandments of men who turn away from the truth. (Titus 1:13-14)(NASB)

Take heed to these words and do not believe any myths or commandments of men who turn away from the truth and lead others astray. Let us follow the teachings of the Word of God.