Where is it written in the Bible that during the fasting period it is not allowed to eat meat, milk, eggs, etc? 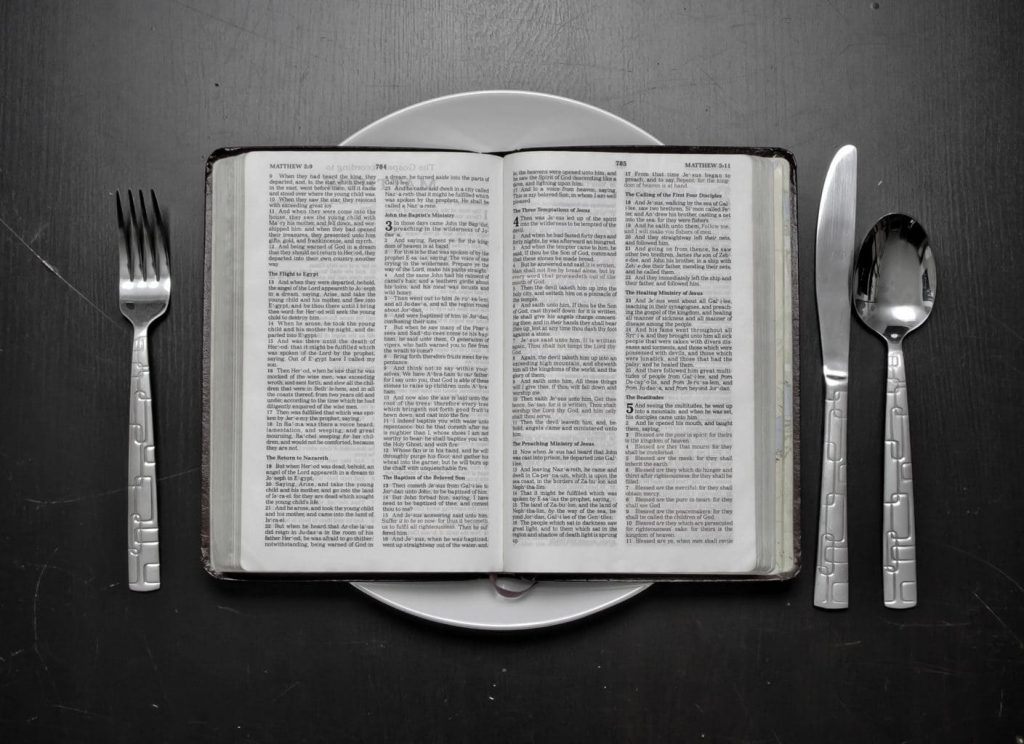 The fasting of the king David

After prophet Nathan came to David to rebuke him for the sin committed against Uriah, the Hittite and against Bathsheba

So Nathan went to his house. David therefore inquired of God for the child; and David fasted and went and lay all night on the ground. The elders of his household stood beside him in order to raise him up from the ground, but he was unwilling and would not eat food with them. (2 Samuel 12:15–17)(NASB)

David finished his fasting in seven days, after the child had died. Only then he woke up, went to the Lord’s House, worshiped and then he came home and ate.

The fasting of Esther

When the wicked Haman decided to kill all Jews from Persia, Mordecai came to the queen Esther and asked her to go to the king to ask the salvation of this people. Esther told him that she hadn’t been called by the king for 30 days and if she went to him without being called, she was threatened with death, according to the Law of Persia. That’s why, she asked Mordecai the following:

Go, assemble all the Jews who are found in Susa, and fast for me; do not eat or drink for three days, night or day. I and my maidens also will fast in the same way. And thus I will go in to the king, which is not according to the law; and if I perish, I perish. (Esther 4:16)(NASB)

This fasting was one that excluded any kind of food and drinking. God looked at the fasting of the people and heard their prayer, giving them a great redemption from their enemies. For more details, I advise you to read the whole book Esther from the Bible.

The fasting of repentance from Nineveh

When the wickedness of the city Nineveh rose up to heaven, God sent prophet Jonah to them with a message:

Then Jonah began to go through the city one day’s walk; and he cried out and said, “Yet forty days and Nineveh will be overthrown.” Then the people of Nineveh believed in God; and they called a fast and put on sackcloth from the greatest to the least of them. When the word reached the king of Nineveh, he arose from his throne, laid aside his robe from him, covered himself with sackcloth and sat on the ashes. He issued a proclamation and it said, “In Nineveh by the decree of the king and his nobles: Do not let man, beast, herd, or flock taste a thing. Do not let them eat or drink water. But both man and beast must be covered with sackcloth; and let men call on God earnestly that each may turn from his wicked way and from the violence which is in his hands. Who knows, God may turn and relent and withdraw His burning anger so that we will not perish.” When God saw their deeds, that they turned from their wicked way, then God relented concerning the calamity which He had declared He would bring upon them. And He did not do it. (Jonah 3:4–10)(NASB)

Let us not understand from this passage that God wants us to extend our fasting on animals as well. This was the way how the king of Nineveh understood fasting, especially that he was a man that had not idea of the Word of God. Nevertheless, it seems that he knew something more about fasting then people from nowadays know. He knew the most important thing, that people had to turn from their wicked deeds, if they wanted God to receive their fasting and to listen to their prayers.

In the end, I would add that there is no certain commandment from God in the Bible concerning the products that can not be used during the fasting  period, but in the biblical meaning, fasting was abstention from food and sometimes even from water. Then, we have seen, people were those who decided to abstain from food only, or from water, as well. Let us not forget the most important element of the fasting – repentance. Without repentance fasting is not received by God.