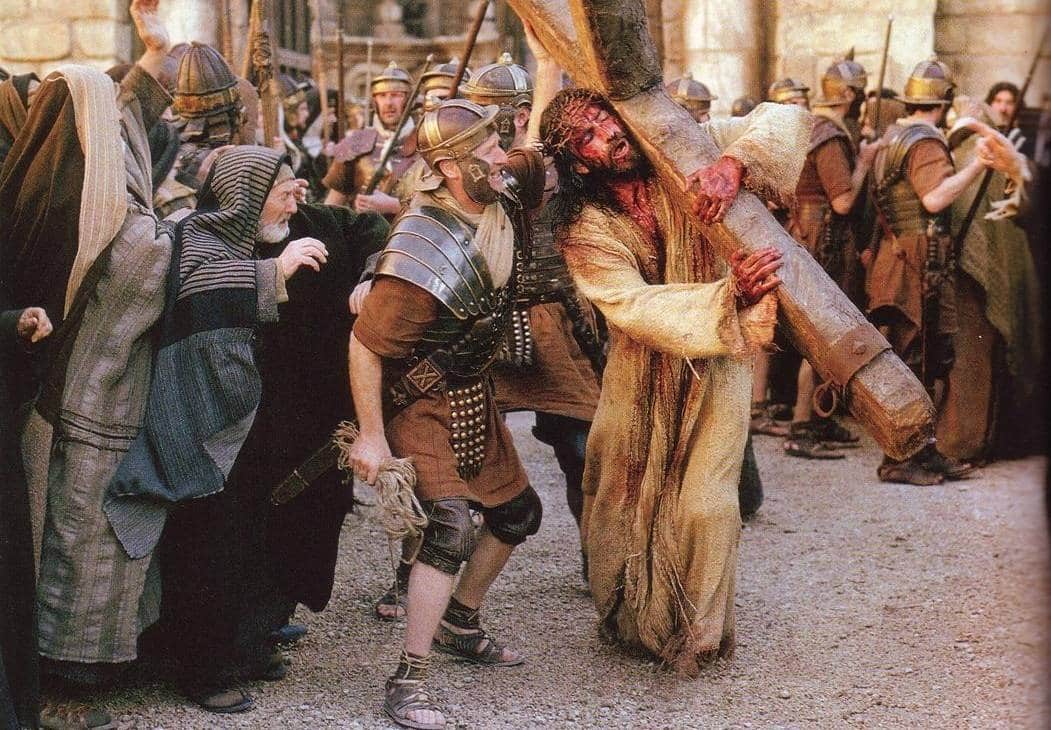 Explain, please, what does it mean for Christians to bear the cross, according to the words of the Lord Jesus Christ when He says that the one who doesn’t take his cross and follow after Him is not worthy to be his disciple. I heard that this refers to fulfilling the commandment regarding spreading the Gospel, yet there are more passages in the Bible that reflect different aspects of taking the cross and following after Jesus, concerning the attitude we have for our life, for our relatives and for wealth, goods, financial situation.

Before we start to observe this subject, it is very important to remind once again that crucifixion was a Roman method to execute the capital punishment and this terrible method was very spread and well known. Almost 100 years before the crucifixion of Jesus Christ, Romans crucified all participants at the rebellion of Spartacus who were caught and in that way, both sides of the road that led from Sicily to Rome was full with crucifixions – an awful image they wanted to use to scary all slaves from the empire, so that they might never think of another trial to make a rebellion against the existing system of that time. During Jesus Christ this cruel execution method was very spread among the punishment used by Romans. Another important detail for our subject is the fact that after one was condemned to death by crucifixion, after the sentence was read, the convict one had to bear his own cross to the place of execution, as the Bible says about Jesus Christ, whom Romans treated the same way they were treating each convict to death.

Now it was the day of preparation for the Passover; it was about the sixth hour And he said to the Jews, “Behold, your King!” So they cried out, “Away with Him, away with Him, crucify Him!” Pilate said to them, “Shall I crucify your King?” The chief priests answered, “We have no king but Caesar.” So he then handed Him over to them to be crucified. They took Jesus, therefore, and He went out, bearing His own cross, to the place called the Place of a Skull, which is called in Hebrew, Golgotha. (The Gospel of John 19:14–16)(NASB)

The cross was borne by a person who was condemned to death and he bore it from the place his sentence had been read to the place where his sentence was executed. To bear the cross means to walk the way from where you have been condemned to death to the place you are to be put to death. Before His crucifixion, the Lord Jesus told His disciples many times that they had to bear their cross. Let us look at other cases when the Lord Jesus said that to understand the meaning the Savior wanted to emphasize through this expression.

Bearing the cross is a compulsory attitude for spreading the Gospel

The first time in the New Testament these words of the Lord Jesus are mentioned in the 10th chapter of the Gospel of Matthew, when the Savior called those 12 apostles and sent them to spread the Gospel, but in the beginning he told them important things about the provocation they would have when they preached to people. At first, he told them about the way they had to behave with people and to report to them, then how to face the financial needs and beginning with verse 16 He told them them about the way they would be persecuted because they preached the Gospel and how to behave during those persecutions. Here is what will happen to the true disciples of Christ, because they will preach the Gospel.

Brother will betray brother to death, and a father his child; and children will rise up against parents and cause them to be put to death. You will be hated by all because of My name, but it is the one who has endured to the end who will be saved. (The Gospel of Matthew 10:21–22)(NASB)

Bearing the cross means to surpass the fear of death continually

What I tell you in the darkness, speak in the light; and what you hear whispered in your ear, proclaim upon the housetops. Do not fear those who kill the body but are unable to kill the soul; but rather fear Him who is able to destroy both soul and body in hell. (The Gospel of Matthew 10:27–28)(NASB)

Some people imagine that, since they became Christians, they will live the most peaceful life. It is partially true, because the Lord Jesus gives us a peace in our hearts that surpasses any human understanding. But, concerning the relations with people, with the society, you don’t even have to wait for a peaceful and stable life. The life with Christ asks us to pay a price, as Jesus said:

Maybe, you have already experienced this. Because you became a Christian, your brother, or maybe your parents, or the mother-in-law, or the daughter-in-law, or anyone else from your house has denied you, doesn’t want to know you anymore and became your enemy. Stick close to the Lord Jesus, don’t be intimidated and preach the truth of His Gospel through which you have been saved from the punishment of hell. Don’t leave the Lord Jesus and don’t stop to tell people the Gospel even if those from your house, your relatives and close people tell you not to. The Lord Jesus said:

As I showed above, after the sentence had been pronounced, the convict to death took his cross and bore it to the place where he had to be executed. When a Christian enters the covenant with Jesus Christ, he has to sign his death sentence. This doesn’t mean that he has to look for death, but this means that he always has to be ready to be put to death for Christ and the Gospel, as the Lord Jesus said:

And he who does not take his cross and follow after Me is not worthy of Me. He who has found his life will lose it, and he who has lost his life for My sake will find it. (The Gospel of Matthew 10:38–39)(NASB)

The Bible relates the next case:

As He was setting out on a journey, a man ran up to Him and knelt before Him, and asked Him, “Good Teacher, what shall I do to inherit eternal life?” And Jesus said to him, “Why do you call Me good? No one is good except God alone. You know the commandments, ‘DO NOT MURDER, DO NOT COMMIT ADULTERY, DO NOT STEAL, DO NOT BEAR FALSE WITNESS, Do not defraud, HONOR YOUR FATHER AND MOTHER.’” And he said to Him, “Teacher, I have kept all these things from my youth up.” Looking at him, Jesus felt a love for him and said to him, “One thing you lack: go and sell all you possess and give to the poor, and you will have treasure in heaven; and come, follow Me.” But at these words he was saddened, and he went away grieving, for he was one who owned much property. (The Gospel of Mark 10:17–22)(NASB)

As we see the man from the related story, he wanted to inherit eternal life and he lived a correct life. But that was not sufficient. The Lord Jesus didn’t need his property, but He saw that his property was his idol, and so he remained bound to them. Love for possessions was a reason that didn’t allow him to take his cross and follow after Jesus.

Is there any thing, any person or any other purpose in your life that keeps you so bound, that you can not dedicate your life to Christ completely and you can not take your cross and bear it. Don’t be deceived and don’t walk sad. Take your cross and come to follow after Jesus Christ, the King of Kings and the Lord of Lords, who bore His cross to bring us an eternal salvation.