I have recently received a question on the statements of Pope Benedict XVI, who approve the use of condoms:

I recently read an article on UNIMEDIA on a statement of the pope: “In certain exceptional situations, condom use may be a solution. These are the words that Pope Benedict XVI used to turn over the long-lasting Catholic Church’s position against any forms of contraception. The statement appears in a book called “Light of the World: Pope, the church, the Signs of the times”, which will be released on Tuesday. In an interview included in this book, Pope Benedict XVI says that condoms can reduce the risk of HIV infection, for example, for the who prostitute themselves. The pontiff insisted that a Christian attitude towards sexuality is the best way to fight against AIDS. Pope’s statements are a premiere and suggest a softening of radical position of Vatican to condoms. I’ll be very grateful if you publish your opinion about it. Thank you!

When asked whether the Catholic Church is “totally against using condoms,” the Pope said: “It is, certainly, it does not see it as a moral and real solution. However, in some cases, when the intention is to reduce the risk of infection, condoms can still be a first step towards a different sexuality, more human.” 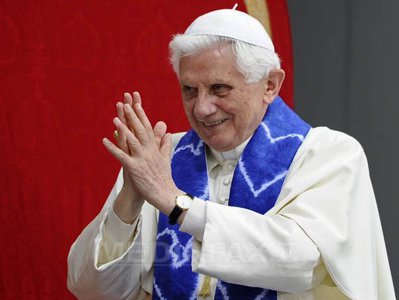 When he visited Africa for the first time, Benedict said: “It is a tragedy that can not be removed only through financial support or through distribution of condoms, which do nothing but aggravate the problem.”

I believe that Pope Benedict XVI thought in human terms of solutions to reduce the spread of HIV/AIDS, but how the words of Pope which are presented and interpreted in the media clearly show that immoral people will assume a lesser responsibility for their immorality, believing that the Pope supports and excuses their immoral way of life. The thought leads me to the Apostle Paul who said:

To the pure, all things are pure; but to those who are defiled and unbelieving, nothing is pure, but both their mind and their conscience are defiled. (Titus 1:15)(NASB)

I fear that those who are immoral and unbelieving, because their mind and conscience are affected, they took the Pope’s statement as a justification and encouragement to immorality that they practice. Perhaps it would be better if the Pope did not make this statement …