I would like to know the meaning of the expression “and the power of sin is the law”. Thank you. 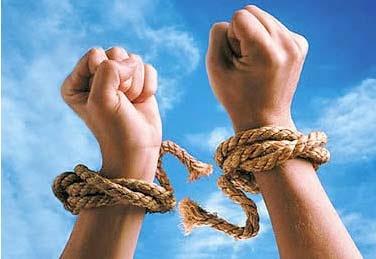 This statement was made by the Apostle Paul in his first Epistle to Corinthians where he addresses the resurrection from the dead. He wrote:

Sin lives in our flesh and the flesh is corrupted by sin. The Law arouses sinful passions, as it is written.

“For while we were living in the flesh, our sinful passions, aroused by the law, were at work in our members to bear fruit for death”.(Rom. 7:5)

I once read about a poisonous plant that grew in a botanical garden. It was there for many years without having a warning sign for the visitors. One day the administration realized how dangerous it was and decided to warn the visitors lest someone would accidentally eat from it. What do you think it happened? 11 people died the following year. Why? Were they just curious? The Bible warns us that it is the same way with the Old Testament Law. It arouses sinful passions that lie in the human nature of every person, thus making him to bear fruit for death.

Sin seizes the opportunity afforded by the Law

What shall we say, then? Is the Law sin? Certainly not! Indeed I would not have known what sin was except through the Law. For I would not have known what coveting really was if the law had not said, “Do not covet. “But sin, seizing the opportunity afforded by the commandment, produced in me every kind of covetous desire. For apart from Law, sin is dead. Once I was alive apart from Law; but when the commandment came, sin sprang to life and I died. I found that the very commandment that was intended to bring life actually brought death.(Romans 7:7-10)

The Law gives us the definition of what is right and what is wrong, what is righteousness and what is sin. That’s why the Law in itself is good, but our sinful flesh wants to practice lawlessness immediately it learns about sin. Thus sin uses the Law as an opportunity to produce various desires.

Through the Law sin deceives us and leads us to death

This is what the Word says further, in Romans 7:11:

“For I was tricked and put to death by sin, which took its chance through the law”

Sin uses the Law to cause us death

And the text goes on with…

To make it clear to us, the apostle Paul describes how the Law worked in his life before he became a Christian

“We know that the law is spiritual; but I am unspiritual, sold as a slave to sin.I do not understand what I do. For what I want to do I do not do, but what I hate I do. And if I do what I do not want to do, I agree that the law is good.As it is, it is no longer I myself who do it, but it is sin living in me. For I know that good itself does not dwell in me, that is, in my sinful nature. For I have the desire to do what is good, but I cannot carry it out. For I do not do the good I want to do, but the evil I do not want to do—this I keep on doing.Now if I do what I do not want to do, it is no longer I who do it, but it is sin living in me that does it. So I find this law at work: Although I want to do good, evil is right there with me. For in my inner being I delight in God’s law; but I see another law at work in me, waging war against the law of my mind and making me a prisoner of the law of sin at work within me. What a wretched man I am! Who will rescue me from this body that is subject to death? Thanks be to God, who delivers me through Jesus Christ our Lord! So then, I myself in my mind am a slave to God’s law, but in my sinful nature a slave to the law of sin.”

That was a desperate way to live and Paul finds himself miserable and unable to get out of it on his own. Isn’t it the way you feel now?

Victory over sin can be obtained only in Jesus Christ

Look how Paul presents this victory to us:

“Therefore, there is now no condemnation for those who are in Christ Jesus,because through Christ Jesus the law of the Spirit who gives life has set you free from the law of sin and death.For what the law was powerless to do because it was weakened by the flesh,God did by sending his own Son in the likeness of sinful flesh to be a sin offering. And so he condemned sin in the flesh,in order that the righteous requirement of the law might be fully met in us, who do not live according to the flesh but according to the Spirit”.

Any man who lives in sin and is a slave to sin must understand that if he tries to obey the commandments of the Law, he will fail, because the Law doesn’t give us power also. Sin uses this law to make us even worse. Complete victory over our sinful nature is possible only in Jesus and only by faith we can be forgiven of all our sins and inherit eternal life together with all the saints. The command of the Law is fulfilled only in those who have the Spirit of God and live according to the Spirit. May God help us always live according to His Spirit!