There are many factors that determine a human life length and I will pass below a few that are presented in the Bible. This is the question that I want to answer:

Yesterday night, at the age of 44, a colleague of mine suddenly died while sleeping, but he hadn’t suffered any illness in the past. It is tragic, but God knows best why. This made me ask you a question: What determines the length of a man’s life: the sins of his ancestors, his organism genetics, his lifestyle, personal sins, misfortune, bad luck, etc.? For example, some children die at an early age in car accidents and it seems they had no sin, except those inherited from their parents … In other cases, people who live until 100 years and sometimes, they wish to die because they are old. What can I say about those who commit suicide … On the one hand, some struggle to be physically healthy, and especially spiritually, but they die for various reasons, while others want to die, try to commit suicide, but they don’t manage this … It is hard to formulate the question, but if you could comment on the matter, it would be great. 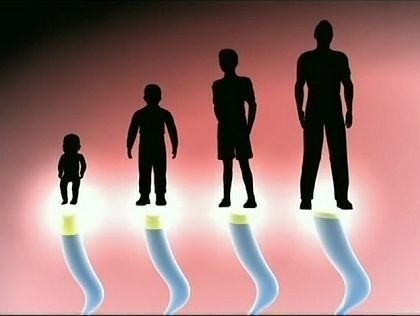 Your eyes have seen my unformed substance; and in Your book were all written the days that were ordained for me, when as yet there was not one of them. (Psalms 139:16)(NASB)

This truth is often written in the book of Proverbs of Solomon. He says that his father, David, taught him this by divine inspiration:

My son, do not forget my teaching, but let your heart keep my commandments; for length of days and years of life and peace they will add to you. (Proverbs 3:1-2)(NASB)

So, obedience to God not only adds days and years to your life, it is also decisive on their quality. Moreover, as the author of the question mentioned, some wish death just because they were not or are not satisfied with their life quality.

In chapter 9 of the book of Proverbs of Solomon wisdom is personified and by her mouth God says these words:

For by me (by wisdom) your days will be multiplied, and years of life will be added to you. (Proverbs 9:11)(NASB)

3. The years of the wicked are shortened

Also in the book of Proverbs of Solomon it is written this truth:

The fear of the LORD prolongs life, but the years of the wicked will be shortened (Proverbs 10:27)(NASB)

4. The quality of the character and behavior

It also determines the length of our lives, as written in the following verses:

A leader who is a great oppressor lacks understanding, but he who hates unjust gain will prolong his days. A man who is laden with the guilt of human blood will be a fugitive until death; let no one support him. (Proverbs 28:16-17)(NASB)

5. The factor of prayer

The Bible tells us the following case when God added days to a man’s life when he asked this in his prayer:

In those days Hezekiah became mortally ill And Isaiah the prophet the son of Amoz came to him and said to him, “Thus says the LORD, ‘Set your house in order, for you shall die and not live.’” Then Hezekiah turned his face to the wall and prayed to the LORD, and said, “Remember now, O LORD, I beseech You, how I have walked before You in truth and with a whole heart, and have done what is good in Your sight ” And Hezekiah wept bitterly. Then the word of the LORD came to Isaiah, saying, ”Go and say to Hezekiah, ‘Thus says the LORD, the God of your father David, “I have heard your prayer, I have seen your tears; behold, I will add fifteen years to your life.” (Isaiah 38:1-5)(NASB)

6. The length of human life determined by the sins of the parents

When David sinned with Bathsheba and murdered her husband Uriah the Hittite, the prophet Nathan came and announced the punishment that he had from God.

Then David said to Nathan, “I have sinned against the LORD ” And Nathan said to David, “The LORD also has taken away your sin; you shall not die. However, because by this deed you have given occasion to the enemies of the LORD to blaspheme, the child also that is born to you shall surely die.“ So Nathan went to his house. David therefore inquired of God for the child; and David fasted and went and lay all night on the ground. The elders of his household stood beside him in order to raise him up from the ground, but he was unwilling and would not eat food with them. Then it happened on the seventh day that the child died. And the servants of David were afraid to tell him that the child was dead, for they said, “Behold, while the child was still alive, we spoke to him and he did not listen to our voice. How then can we tell him that the child is dead, since he might do himself harm!” (2 Samuel 12:13-18)(NASB)

David’s act caused his child’s life length. Let us think well what inheritance we leave our children. Let those girls and boys who choose to live in immorality and fornication think that they acquire an “inheritance” for their children.

Everyone would like to have a longer and a happier life and God put eternity in our hearts, the desire to live forever. No matter how long our life on this earth would be, compared with eternal life that God wants to offer us in heaven through faith in Jesus, life here is “a vapor that appears a little and then vanishes” as St. James says in the epistle that bears his name.

Let us make eternal life our priority. I know someone who was a minister of the church and is overly concerned about the length of his life on this earth and aims to pass the age of 100 years. To accomplish this purpose he does not eat meat and has put many restrictions. Maybe they do him well, but I am concerned to see that he has so much interest to these things and does search to seek God’s kingdom and His righteousness.

Let us make eternal life our priority and be thankful to God for the days He gave us to live on this earth, no matter how little or big their number would be.