I agree that the church defines the Word, but the Word is in the church. The Bible talks only about faith and serving God. Tell me, Mr. Filat, is not Jude defining the Word in Jude 1:9 (about the archangel Michael disputing with the devil for the body of Moses)? Is not this Word in the church? And this part of the Scripture is not mentioned anywhere else in the Bible, according to the heterodox. What is the Gospel of John teaching us in John 20: 29-30 (Jesus performed many other miracles that are not recorded in this book)? Why was the Bible given to the Church? We are waiting on the answer.

I am very surprised to see the assertions you are making, since the Holy Scripture itself is completely breathed out by God and is useful for teaching, rebuking, correcting and training in righteousnes, so that the man of God may be adequate, equipped for every good work. (2 Timothy 3:16-17) The duty of the church is to obey God’s Word, the way it was left on the pages of the Holy Bible. 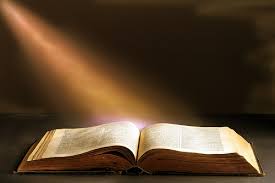 The verse that you have mentioned from the Letter of Jude says the following:

But when the Archangel Michael, contending with the devil, was disputing about the body of Moses, he did not presume to pronounce a blasphemous judgement, but said: “The Lord rebuke you.” (Jude 1:9)

Here the author mentions details that are not listed in the canonical books of the Old Testament, concerning Moses’s death. Researchers believe, though, that these datails are mentioned in an apocryphal book, not very well-known, that was probably called “The assumption of Moses.” I want to remind everybody that apocryphal books were not excluded from the canon because they were completely false, but because some inaccuracies had slipped in, like in the case of the book of Macabeans etc. Consequently, since the Holy Spirit chose to have this story related in an apocryphal book instead of a canonical one, we should accept this fact. Also, because you are stating that the church is the one defining what is and what is not the Word of God (a completely inacceptable statement), you should ask yourself why did the Hebrews participating in the defining of the canon of the Old Testament not include ” The assumption of Moses” or another apocryphal book that Jude has mentioned in his letter? The answer is that the definition of the canon was the work of the Holy Spirit, as well as the writing of its books. God used people, but they were not those deciding, instead they were lead by the Holy Spirit in conveying the message and in recognizing the canonical books.

Before answering your question about the second passage, i will quote it below:

Jesus said to him, “Have you believed because you have seen me? Blessed are those who have not seen and yet have believed.” Now Jesus did many other signs in the presence of the disciples, which are not written in this book. (John 20:29-30)

I assume that you are trying to say that the Orthodox Church, in the so- called “holy tradition” comes to list all the signs that Jesus has performed before His disciples and have not been included in the Gospel of John or in any other canonical books. The huge problem with this is that it does not have a foundation of facts and it gives people the freedom to consider any other human teachings equal to the Word of God. More than that, a whole theology has been established, actually a whole religion, on what some people believe was left out of the New Testament. I want you to pay close attention to the verse immediately following after:

But these are written so that you may believe that Jesus is the Christ, the Son of God, and that by believing you may have life in His Name. (John 20:31)

You see, what has been written in the Scripture is enough for us to believe that Jesus is  the Christ, the Son of God, and by believing, to have life in His Name. Let us stay close to what has been written in the Bible and flee from human teachings, so that we would not commit  the same mistakes that those whom Jesus is admonishing here have cammitted:

“You leave the commandment of God and hold to the tradition of men.” And He said to them, “You have a fine way of rejecting the commandment of God in order to establish your tradition! For Moses said, ‘Honor your father and your mother; and, ‘Whoever reviles father or mother must surely die.’ But you say,’If a man tells his father or his mother, ‘Whatever you would have gained from me is Corban”‘ (that is, given to God)- then you no longer permit him to do anything for his father or mother, thus making void the word of God by your tradition that you have handed down. And many such things you do.” (Mark 7:8-13)