My phone was stollen on the street by two kids 14 and 15 years old.Yesterday I was to the police, I recognized them and my phone was returned. From the moment I said this is him, I was in tears and a compassion feeling drowned my soul and mind. The child was 14 years old and had a guilty and of regret face.From that moment I can’t find my peace, I am worried and I am very sorry for one of them in whom I saw childhood and innocence.How can I overcome this? God help me. 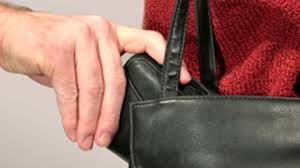 I think I should start my answer by reminding from Holy Scripture what is the role of the police.I quote:

Let every person be subject to the governing authorities. For there is no authority except from God, and those that exist have been instituted by God. Therefore whoever resists the authorities resists what God has appointed, and those who resist will incur judgment. For rulers are not a terror to good conduct, but to bad. Would you have no fear of the one who is in authority? Then do what is good, and you will receive his approval for he is God’s servant for your good. But if you do wrong, be afraid, for he does not bear the sword in vain. For he is the servant of God, an avenger who carries out God’s wrath on the wrongdoer. Therefore one must be in subjection, not only to avoid God’s wrath but also for the sake of conscience. (Romans 13:1-5)

According to the written in the quoted text:

Now let’s talk specifically about your case. The boys that stall your phone are teenagers, but they did an evil thing so they deserve to be punished in order to not do it again. You should congratulate the police that they did the job that God called them to do. But if you would not want to recognize the thieves, you would do wrong thing before them, before police, before the people that would suffer in the future from their next stealing and before God. By recognizing them, you received back your phone, and you make these children to learn a lesson for their life to not steal again.

May be even parents didn’t know what their children do, but now knowing from the police they will do something for their correction.

Do not be afraid of other boys from their group. Yes, may be they can make something bad to you, but I think, there is a little posibility after the police intervened.

If the thieves came to ask for forgiveness, you should say to them once again about the gravity of sin and the consequences that will happen if they will continue this. But, more than police, you should put your trust and hope in God who protects you every day. Now their friends will learn something and will think about the consequences that come from such a behavior. If you know them, go and talk with them with all the courage and motivate them to stop from the bad way that they chose. Share with them about Jesus Christ who brings salvation to all people and that when He was crucified, near to them were two thieves, who may be also from their youth years started a wrong way and ended on the cross as a punishment. Share with them also that on of them asked for forgiveness from Jesus and he received a promise from the LORD that will be with Him in heaven in that day. The second one chose to be mocking to Jesus, and was lost. Encourage those two thieves to quit the bad way and to choose to become true disciples of Jesus. You can also read them the passage from the Bible:

My son, if sinful men entice you, do not give in to them. If they say, “Come along with us; let’s lie in wait for innocent blood, let’s ambush some harmless soul; let’s swallow them alive, like the grave, and whole, like those who go down to the pit; we will get all sorts of valuable things and fill our houses with plunder; cast lots with us; we will all share the loot”- my son, do not go along with them, do not set foot on  their paths; for their feet rush into evil, they are swift to shed blood. How useless to spread a net where every bird can see it! These men lie in wait for their own blood; they ambush only themselves! Such are the paths of all who go after ill-gotten gain; it takes away the life of those who get it. (Proverbs 1:10-19)

After you read the passage, show them very well the consequences that they can have and encourage them one more time to quit from stealing and to become true disciples of Jesus Christ through faith and being born again. So, I wish you God’s help.